What contemporary chamber music concerts have to offer 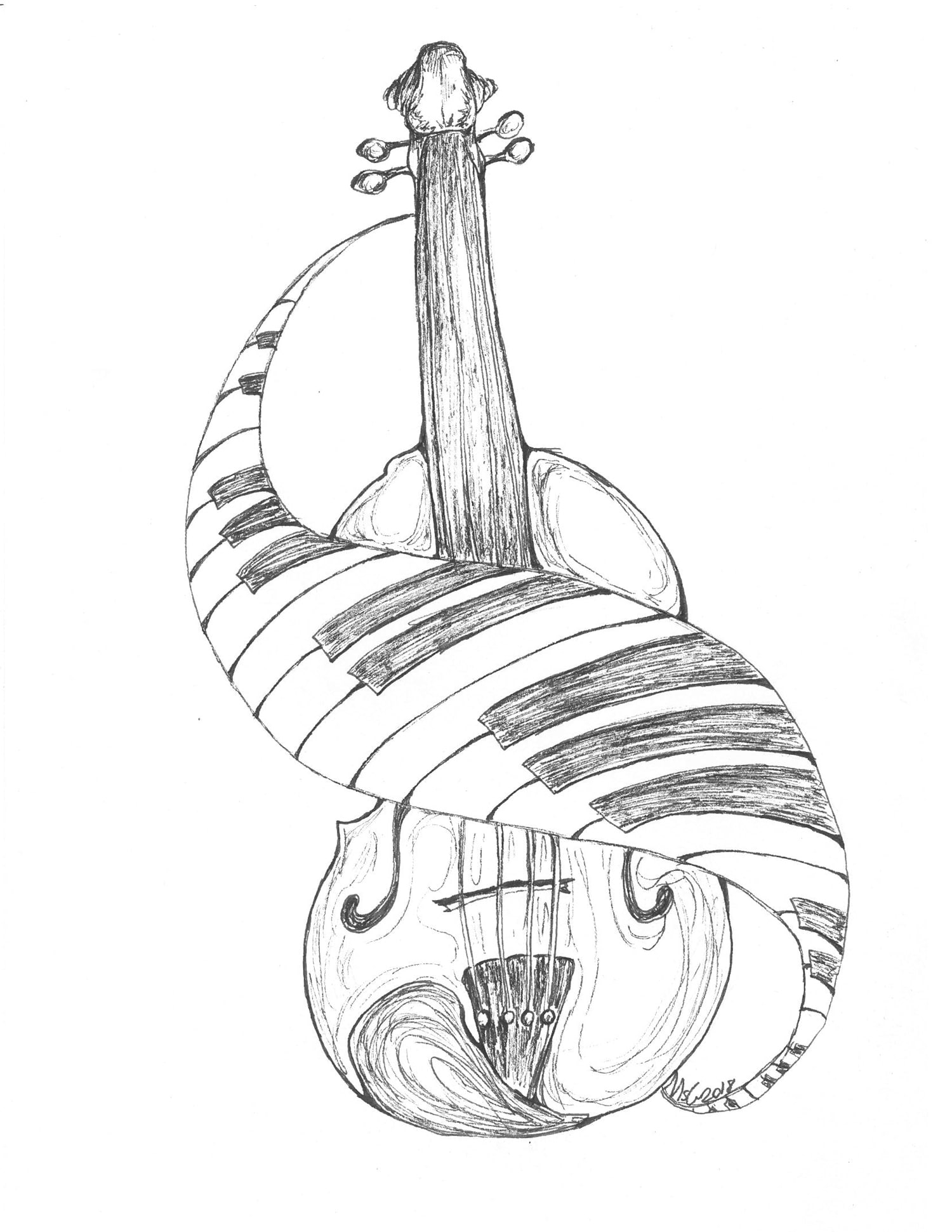 This past Friday, Oct. 26, Mount Allison was lucky enough to host Amy Hillis, winner of the 41st Eckhardt-Gramatté National Music Competition. Hillis is quite an accomplished young violinist, whose talent is clear from her very first notes. Among her many achievements, she was an artist-in-residence at La Cité internationale des arts in Paris in 2017 and the winner of the 2017 McGill Concerto Competition.

As the winner of the Eckhardt-Gramatté Competition, Hillis is currently on a 12-concert tour of Canada where she is joined by the equally talented Dr. Katherine Dowling on the piano. Dowling has taught at Stony Brook University in New York and performed across North America and Europe, to name a few of her accomplishments. You can find out more about Amy Hillis and Katherine Dowling on their websites, amyhillis.com and katherinedowling.com respectively.

After leading a masterclass with Mt. A violin students in the afternoon, Hillis played a wonderfully exciting concert of contemporary music in the evening. Many of the pieces that she played were either new commissions or released within the last two decades, so at no point was the audience sure of what to expect. I found myself deeply captivated by each piece and was often on the edge of my seat, listening attentively. Hillis and Dowling performed effortlessly together; each run was filled with masterful precision, and the emotional parts were extremely expressive.

I will not lie to you. Contemporary music is not always my favourite, and often I find myself confused or disturbed by the modern music that I hear in concert. However, each of the selections on Friday night’s program gave me a newfound respect for this sort of music.

Along with the incredible attention to detail that was evident in each piece, Hillis had a wonderful stage presence and engaged the audience with short descriptions of each selection. In this way, the audience had a better sense of what to listen for and how to appreciate the music. For example, the first piece on the program, Wild Bird, was meant to evoke the calls of different birds, but also to pay homage to Jacques Israelievitch, the violinist for whom the piece was originally composed. His bright, dyed-orange hair would move back and forth in performance, which reminded composer R. Murray Schafer of a wild bird. With this insight, the piece takes on a new level, and one can almost see the orange hair swaying as the performer, Hillis, moves expressively. I had the chance to speak with Hillis after the show, and she said, “Practicing Wild Bird was the most fun, as I could be very imaginative with the calls of the birds.”

A personal favourite of mine from the program was the newly commissioned piece Foxy Fox’s Musical Games. Originally, I was deeply puzzled by the very “Boaty McBoatface” name of the selection, and I thought that it might be some sort of parody of classical music, or one large practical joke. Once the piece began, it was immediately clear that it was not a joke, although the piece was incredibly humourous and thoroughly enjoyable. Foxy Fox required many levels of musicality and talent, from improvisation based on numbers which were selected by the audience before the performance, to recurring lullabies both played and sung. I was amused and blown away by the selection as a whole, and my congratulations to Hillis and Dowling for pulling it off so marvelously.

Foxy Fox and The Criterion Collection, another selection from the second half of the performance, were not only musical but also visual experiences. The Criterion Collection was accompanied by short segments of classical Stanley Kubrick and Alfred Hitchcock films (as well as The Sound of Music). As a whole, it was a truly unique experience that I am sure to never hear and see again.

After the performance, I spoke to some other concertgoers, and all were impressed by what they had experienced. “The music was definitely not what you would expect,” said Sannu Nu, a third-year violin student. “It provided something completely different.” I think that sums up very well what a contemporary concert can be: It is unknown and new, which is both thrilling and captivating.

This performance gave me a newfound respect and appreciation for modern compositions, and I hope that I get the chance to listen to more of this sort of live music in the future. I hope that anyone who missed this particular concert does not make the same mistake again. If Amy Hillis or Katherine Dowling are to play here again in the future, be sure to go as you could not be disappointed by their masterful and moving performance.

When I spoke to Hillis, I asked about the kind of practice time that goes into a concert like this one. She told me that The Criterion Collection, which was incredibly rhythmically challenging to my ears, was something that they “had only received in September.” It’s incredible to consider how flawless they sound with the short rehearsal time they have.

I know many music students at Mt. A would be terrified by the notion of practicing such difficult repertoire in only one month, so I asked Dowling if she could provide any advice for aspiring accompanists. “Know the other player’s part better than your own,” she replied.

I hope that more students make time for contemporary chamber music. I had my notions about it challenged and so can you. Next time there is a chamber concert featuring a program from the last 20 years, don’t pass it up – you might discover something different and lovely.

My sincerest congratulations to Amy Hillis and Dr. Katherine Dowling on a fantastic program! Bravo!