Athletes celebrate Night of the Mounties 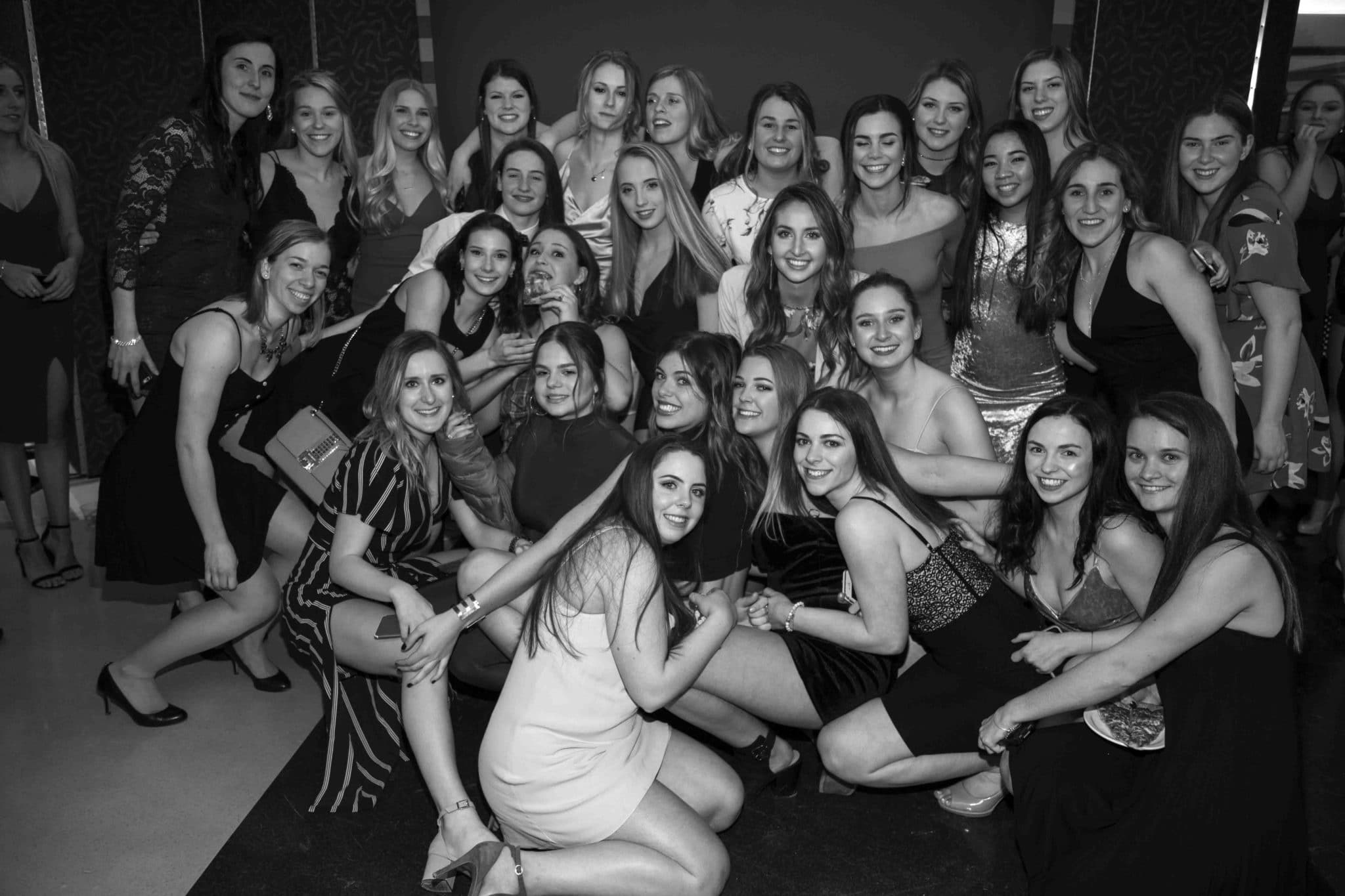 Another year of varsity sports came to an end with an energetic Athletic Banquet that saw athletes from all sports dressed up in their best attire to celebrate their seasons. Throughout the night, each team cheered loudly for their teammates, coaches and therapists who won awards during the ceremony.

The banquet was hosted by two fourth-year basketball captains – , Erin Steeves of the women’s team and Brad Sanford of the men’s – who stood at the podium throughout the event. They introduced award winners and special guests throughout the night. President Robert Campbell stepped up to the podium for a speech thanking everyone for their dedication to Mmounties athletics.

“This year was the revival of basketball. It really brought the feeling of Mmountie pride back,” Campbell said. “It was also the year of swimming, where we saw Olivia Feschuk and Geraint Berger compete at a national level.” Campbell went on to highlight other teams for their hard work and dedication and for representing the school week in, week out.

Each team gave out MVP and Rookie of the Year Aawards, followed by larger awards representing all of the athletes on campus. Male MVP was given to Geraint Berger. He has swum with the Mounties for four years and made it to nationals every year,  winning AUS gold and earning the AUS community service award this year.

The female MVP went to basketball start Kiersten Mangold, who was MVP of the ACAA conference and helped lead Mt. A to an ACAA championship. Mangold, a third-year centre for the team, averaged a double-double on the season with 17.4 points per game and 10.4 rebounds per game. Mangold was also named a second team all-star at the CCAA nationals.

Rookie of the Yyear Aawards, which go to the athlete who contributed the most to their team in their first year of university, were awarded to Michael Cormier, of men’s soccer, and Abby Beale, of women’s hockey.

The Scholar Athlete Award was given to Erin Steeves from the women’s basketball team and Jaryd Morrissey on the badminton team for their accomplishments both in the classroom and on the field.

Each year, two seniors are granted an Outstanding Senior Athlete Award. Brad Sanford from the men’s basketball team and Olivia Feschuk from the varsity swimming team won this award .for their outstanding contribution to athletics as seniors.

As the event wrapped up for the evening, we saw more than just our student athletes get recognized for their contribution to athletics. The Bubsy Grant Award was given to Norval McConnell, a volunteer, for his dedication and contribution to the CCAA national championships that were hosted at Mount Allison this spring.

Ben Wishart, of for men’s basketball, and Alexandra Blades, from women’s soccer, each received Manager of the Year Awards for their commitment to managing teams as students. Along with these two, Sarah Moore received a Distinguished Therapy Award for her three years of athletic therapy with the men’s football team.

With another year coming to an end, it was a phenomenal night where we saw deserving athletes recognized for their contribution, dedication and efforts in regards to Mmounties athletics. Arsenault thankedMany of the graduating athletes were thanked by Arsenault for their time at Mount Allison, and reminded that they were role models to many here in town.