Mounties perform on the national stage 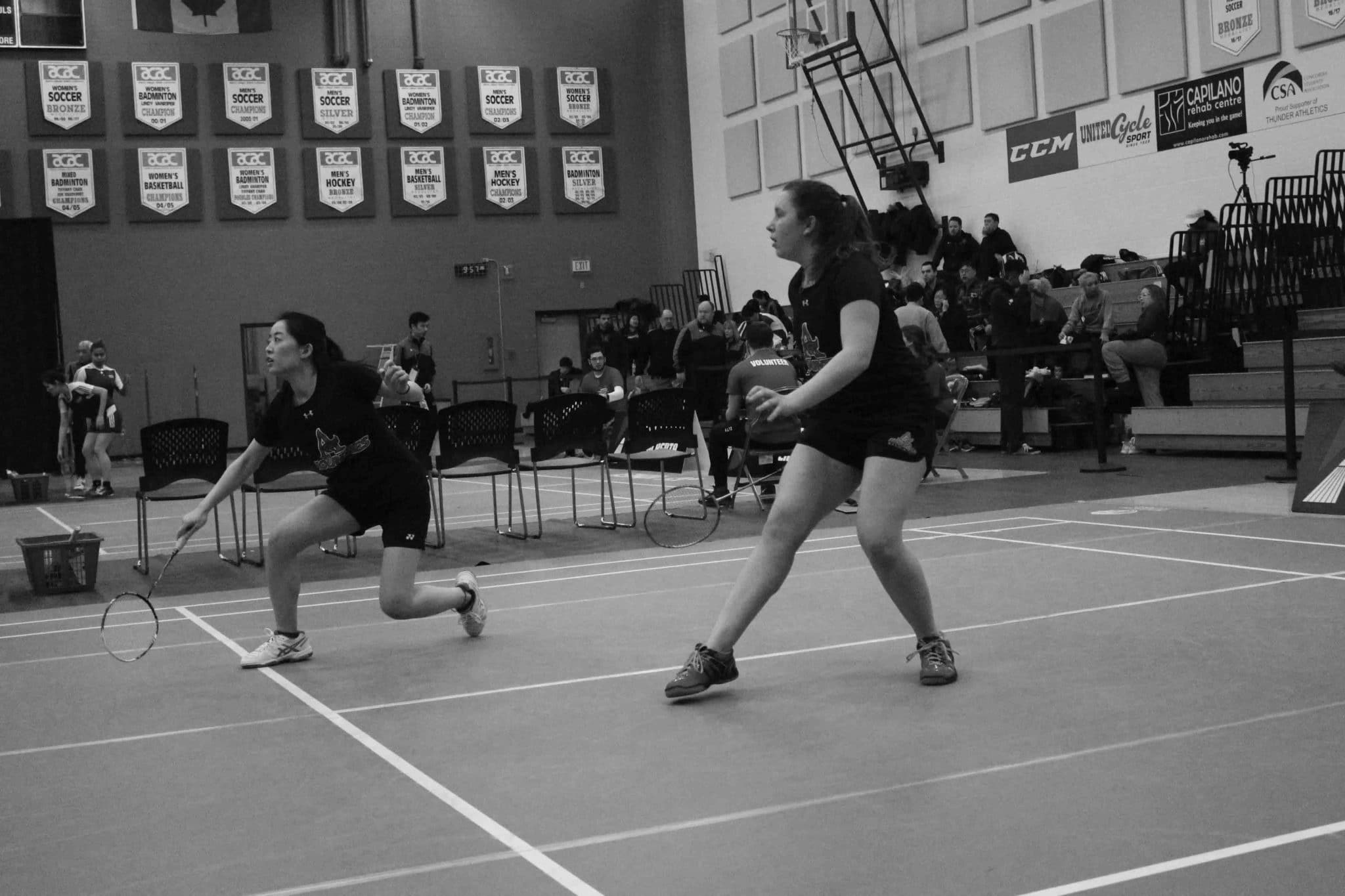 As the semester nears its end, so does the Mounties Athletics season. Over the last couple of weeks, Mount Allison’s varsity badminton and swim teams concluded their seasons, sending athletes to represent the University at their respective national championships.

Two members of the Mt. A badminton team competed at the 2018 CCAA Badminton National Championships at the Concordia University of Edmonton from March 1 to 3. Olivia Adams and Suzuha Tanaka qualified for women’s doubles and played off against teams from British Columbia, Alberta and Ontario.

“This year, Suzuha and I had very strong competition against the other teams,” said Adams. “We were able to go to three sets with both of the Alberta teams. We also lost a close match 18-21 to the top Ontario team that went on to win gold.”

Adams and Tanaka competed hard throughout the event but fell 0-5 in the round robin stage. On the final day of competition, they played off in a 5-6 match against Bea Bernardo and Ryo Kuramochi, a pair from the Northern Alberta Institute of Technology. The pair played a close match, going all the way in three exciting sets, but fell short, losing the match 21-17, 12-21, 9-21.

This year is Adams’ last with the team. “It has been such an amazing opportunity to be able to travel and play the sport I love, meeting players who are just as dedicated both athletically and academically,” said Adams.

Tanaka, who is in her second year, hopes to qualify again next year and bring her new experience from nationals back to the team. “I now have more confidence and also realized that I have a couple of things to work on to compete at this stage,” said Tanaka. “I need to train this summer to prepare for next year.”

In addition to sending two members of the badminton team to compete, two members of the Mt. A swim team competed at the 2018 U Sports National Swim Championships at the University of Toronto from February 22 to 24. Geraint Berger and Olivia Feschuk represented the Mounties in multiple events.

“I was happy with the way I competed. I left it all out there,” said Berger.

In addition to her performances, Feschuk was awarded the AUS Female Student-Athlete Community Service Award. “I feel so honoured to have received this award,” said Feschuk. “I can honestly say that being involved in the Sackville and Mt. A communities has truly been my pleasure, and am so thankful that I am able to give back to those that have given me so much in my four years here.”

Both the badminton and swim teams represented Mt. A at the highest level this year. Tanaka hopes to be back next year, while Adams, Feschuk and Berger will be graduating.

“I’ll certainly miss Mt. A moving forward, but I’ll always have the great memories competing for the Mounties,” said Berger.