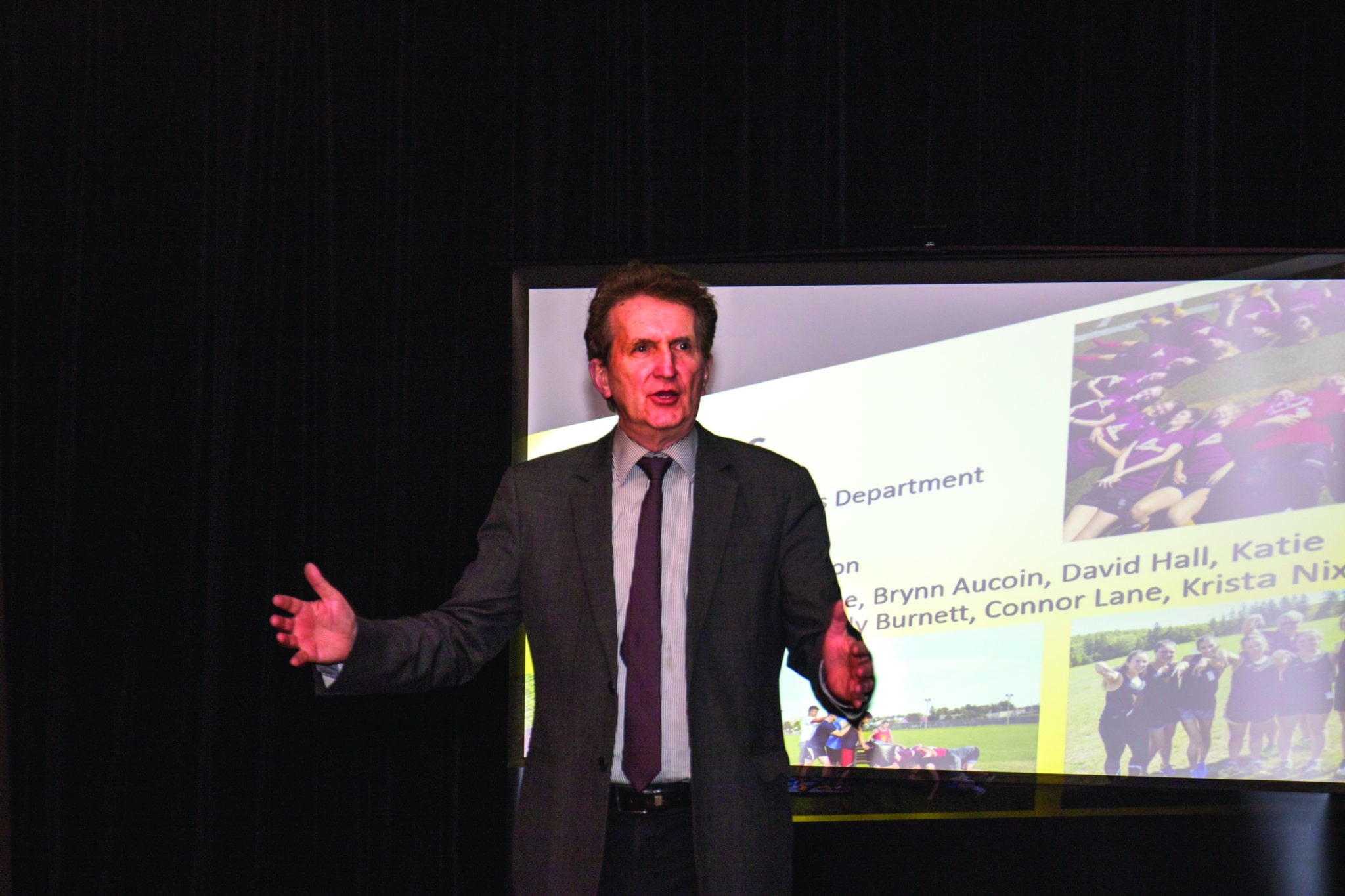 Mount Allison Club Athletics celebrated its first awards ceremony on March 15, marking the beginning of a new annual tradition. The Club Sports Banquet gives an opportunity to celebrate accomplishments of Mt. A athletes who are not on varsity teams.

“This time last year, we thought it would be cool to have something similar to the athletic banquet,” said fourth-year biochemistry major Brynn Aucoin, one of the event’s organizers and the president of the field hockey club.

“I thought it was good for the clubs to show solidarity for the Mountie athletes who do not participate in varsity sports. Being on a club team is a lot of work and it is fun to recognize each other’s successes,” Maddy Burnett, a member of the cross-country club, said.

Organizers teamed up with the support of both the athletics department, who donated the awards for the evening, and the MASU. In an effort to support local business, organizers chose to host the banquet at The Painted Pony.

Athletes arrived at the venue in semi-formal attire. Both University President Robert Campbell and Athletics Director Pierre Arsenault gave opening remarks and recognized the accomplishments of the athletes.

Following the speeches, attendees presented the team awards, given to two to three athletes from each sport.

The cross-country awards were given to Connor Lane and Anna Mairs. Lane was awarded most improved runner and Mairs’s received the “Low Impact” award, in honour of her claim that running in snow has a low impact, keeps her stress levels low, and is super fun.

The award for most improved player on the women’s rugby team went to Eva Gourdji, and the MVP award was given to Katie Horsman.

Men’s rugby team member Tristan Elliott was named the most improved rookie and Blake Lawrence received “Tight Five of the Season.” Explaining Lawrence’s award, teammate Erik Oliver said, “As part of the ‘tight five,’ Lawrence is our prop – he is an integral part of the force and push of the pack.”

Ultimate frisbee presented Brandon Llewellyn with “Latest Career Start,” poking fun at his joining the club late but still having a strong impact within the team’s depth charts.

Claire Genest received the “Hot to Trot” award because she was the first student athlete ever to message senior club team members over the summer to inquire about how the club functioned and tryout details.

After each team presented their awards, there was an intermission during which the athletes could select a dinner choice from the restaurant and share a meal and drinks with members of the other clubs.

“The event meant a great deal to us because we all got the recognition for the hard work we put in despite not being varsity,” said Gourdji, a third year psychology student. “Overall it was lovely to have the opportunity to share a meal and drinks with our teammates, but also meet other athletes and hear about their season and success.”

Once dinner was completed, the eight major awards were given out. The two biggest awards, male and female athletes of the year, were presented to Matt Fyfe of cross-country and Julia Hunter of curling, respectively.

Another highlight of the evening was that not only did the Mountie Pride backdrop make it to the Painted Pony, Mt. A athletics photographer Paul Lynch was also in attendance to capture the evening.

“It was super fun, and it was a huge success,” said fourth-year biochemistry major Dana Mills of the ultimate frisbee team.

The club banquet had it all, and it will be an event that future athletes will look forward to year after year.