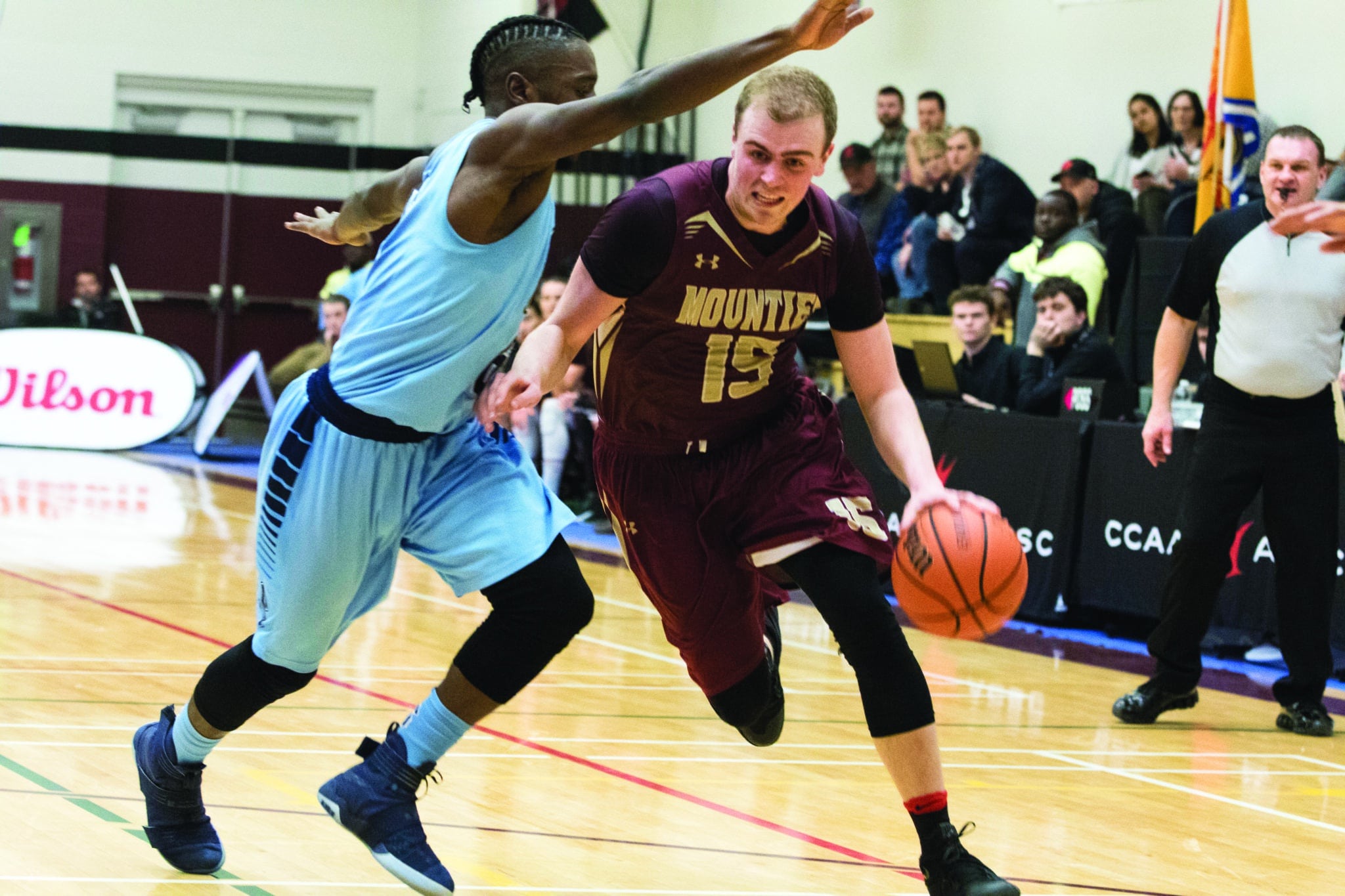 After a successful season that saw the Mt. A men’s basketball team post a 17-4 record and ended with them playing for an Atlantic title, the team earned its first-ever berth to the CCAA national championships.

Hosted at Holland College, the national tournament is made up of eight teams from across Canada. Mount Allison entered the tournament as the eighth, facing off against Ontario’s champions, the undefeated Sheridan College Bruins.

Head Coach Steve Chapman spoke about the team’s approach to a tournament in which they would be considered heavy underdogs. “This kind of opportunity doesn’t come along everyday,” he said. “[We] know we have a huge challenge ahead of us, but our guys are confident. I don’t think we have any awe of Sheridan or anyone at the tournament.”

On Friday night, the Mounties tipped off against the Bruins. Before they could settle into the game, Sheridan’s Paul Williams slammed home a thunderous putback dunk, setting the tone for the level of play expected at nationals.

The Mounties eventually found the score sheet and ended the first quarter on a 6-2 run. Throughout the game, the team struggled to sustain any momentum or put pressure on the Bruins. In contrast, the Ontario champions shot the ball with relative ease after some first-quarter struggles.

A 19-0 run halfway through the second quarter gave the Bruins a lead they’d never relinquish, as the Mounties’ turnovers and inefficient shooting, no doubt a reflection of their opponents’ playing level, cost them the game.

Despite a lopsided 91-61 final score, the Mounties did not back down from a team that was favoured to win the whole tournament. 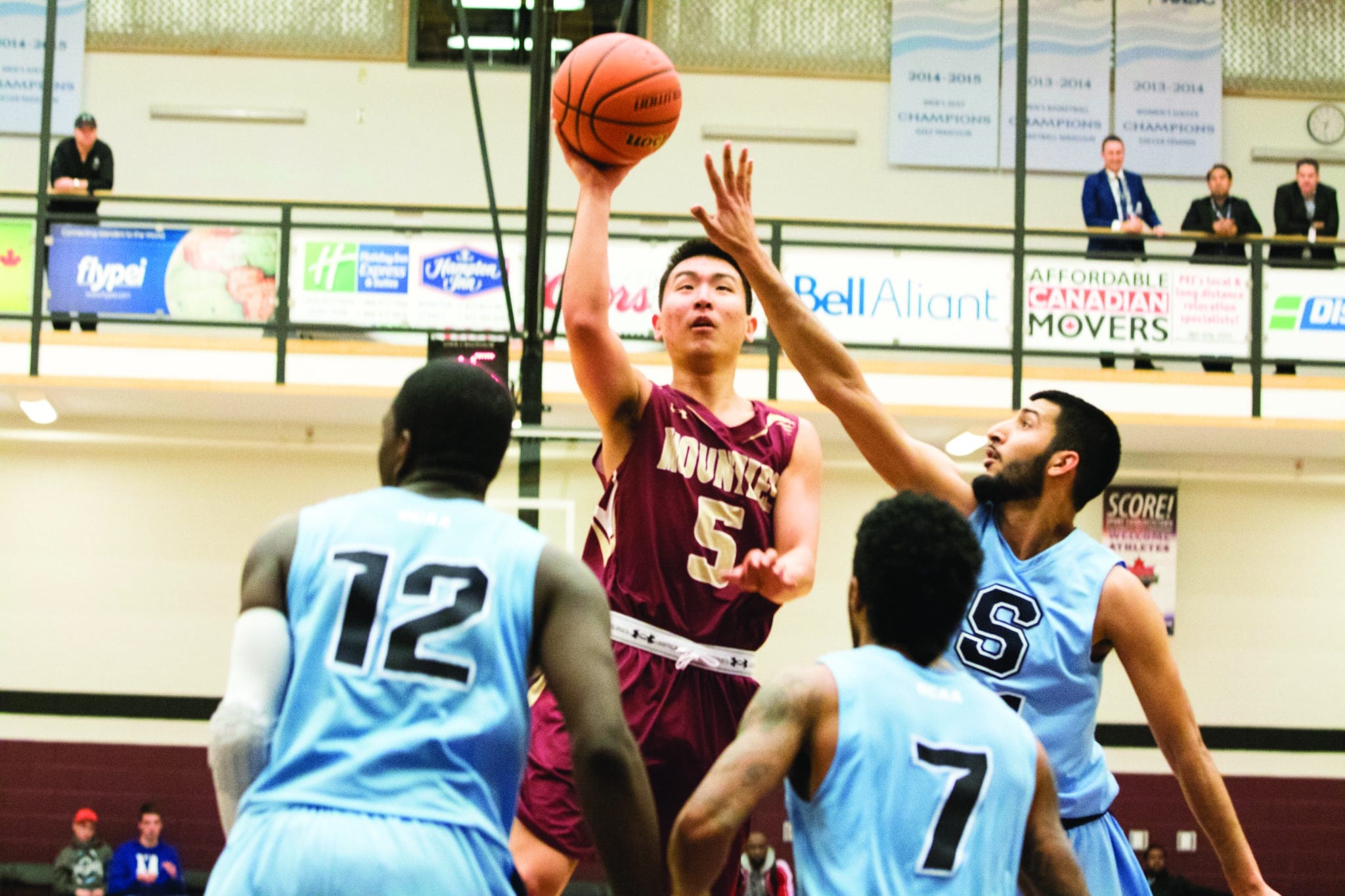 “We realized we weren’t the most athletic team and definitely not the most skilled team, so we had to make up for it somewhere,” fifth-year forward Alex Chisholm said. “We showed a lot of grit and toughness.”

The team’s tough attitude was on full display when they suited up against the Southern Alberta Institute of Technology Trojans fewer than 13 hours after their loss to Sheridan.

The Trojans had shot 56 percent from the three-point line the night before in a 103-113 loss to the Holland Hurricanes. The Mounties knew they would have to bring their defensive toughness if they wanted to win.

“We were just playing tough,” Chisholm said. “We pissed them off and they didn’t like it.”

Tempers reached a breaking point, with both teams receiving technical fouls. Members of the SAIT coaching staff joined in the trash talk, directing it at Mountie rookie-of-the-year Thomas LeGallais.

“We kind of took that personally. A coach should never go at a player – you’re a grown man. I wouldn’t say things got out-of-hand, but that increased the intensity and made us want to beat them that much more,” Chisholm said.

The game was back-and-forth throughout and the Mounties cut the SAIT lead down to two points at the end of the third quarter, before SAIT pulled away. The final score was 88-75.

The loss eliminated the Mounties from any medal contention. On Saturday, they faced Ontario’s George Brown Huskies with pride on the line. The defensive intensity of the first two games was absent from the outset for the Mounties and George Brown was able to come out to a quick start, scoring 31 points in the opening quarter.

Tempers once again flared as Mt. A brought their intensity back on defence, spicing up the consolation match. Mt. A once again struggled to shoot the ball, ultimately costing them a chance for seventh spot as the Huskies never relinquished their opening lead. The final score was 95-74.

Despite going 0-3, the Mounties were able to compete against the best teams in Canada. For a team that was not ranked at any point in the season, nationals were about more than just winning.

“When Chapman came in this year there was a reputation of Mounties basketball being soft compared to other teams, and one of the main things he wanted to do, and we wanted to do, was change that,” Chisholm said. 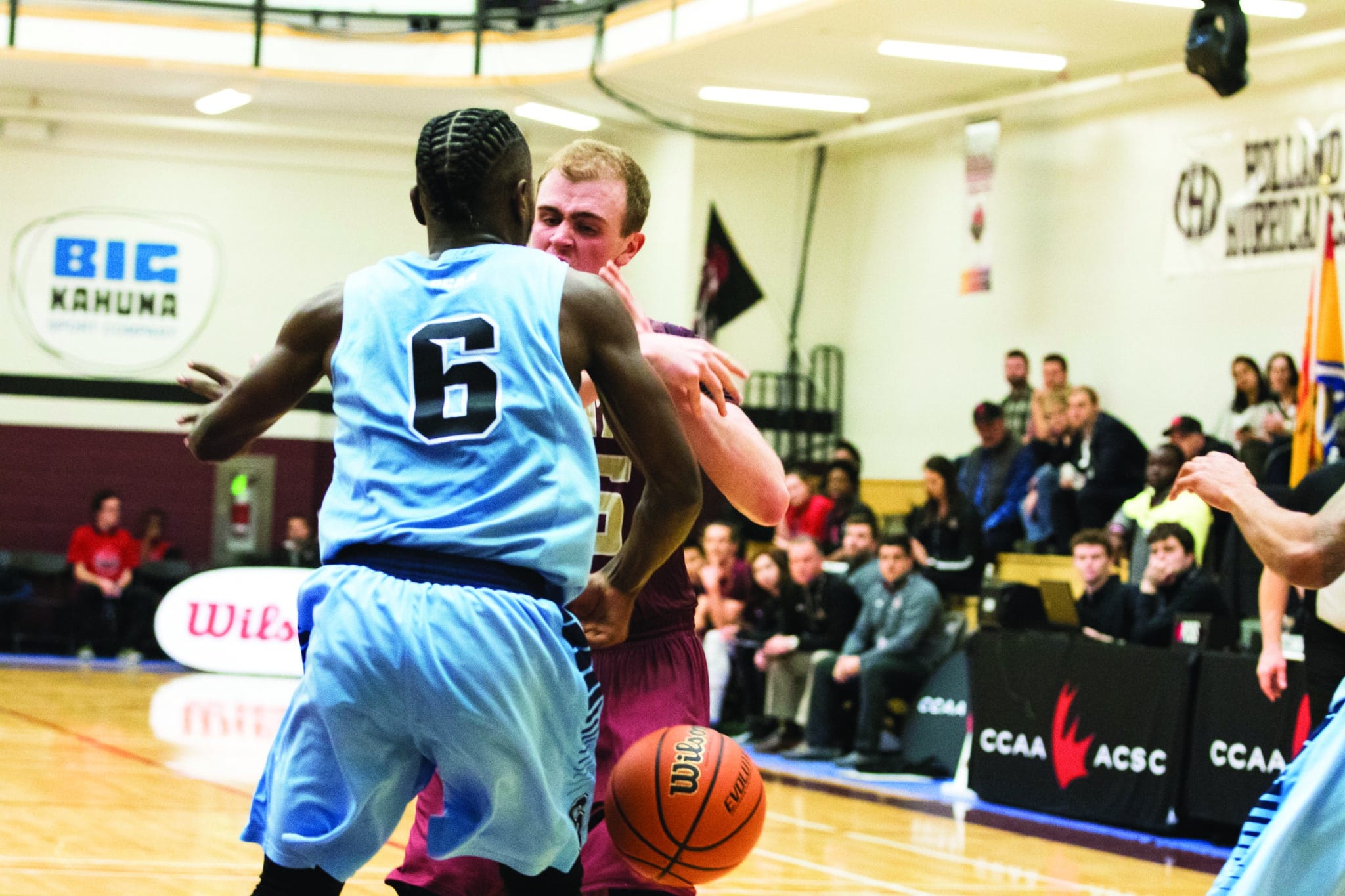 The team that had been blown out by Holland College by 40 points earlier in the season refused to roll over on the national stage. A brand of basketball the Mounties did not show in their regular season came out at nationals.

“It’s been in progress all season long – we’ve played pretty tough all season. I think this weekend we took it to the next level, and I think the culture has changed,” Chisholm said.

The lessons learned at nationals will serve the team well going forward, as they look to build off the experience and return to the nationals in years to come.