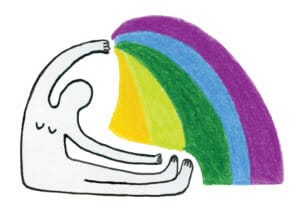 During the women’s rugby game against University of King’s College (UKC) on Alumni Field, a player for the Mounties team was denied concussion testing.

Georgia Forsyth, a second-year drama and English student, suffered a head injury while playing against UKC as a lock and flank. “I got tackled and lost consciousness on the field,” she said, “and I had a huge purple-blue bruise on my face.”

Once she regained consciousness, Forsyth went to the Athletic Centre for medical assistance. Despite Forsyth’s condition, her request for an assessment was denied. “I went to the [athletic therapist] and asked her to give me a concussion test,” Forsyth said, “and she said no, because I was not varsity, and they didn’t have enough resources to be able to support all the club sport athletes.”

The athletic therapist recommended that Forsyth travel to a walk-in clinic in Amherst, N.S., to have her concussion assessed. “I don’t have a car; I have no way to go to Amherst,” Forsyth said. She has not yet received a diagnosis.

Pierre Arsenault, the director of athletics in recreation, explained why the Athletic Centre is unable to provide health resources for club sports in an email to the Argosy. “Club sports, by their very nature, have a different set of services and different investment level than varsity sports do and the reason that teams exist at the club level is that we don’t have the resources to support these teams at the varsity level where more services are provided,” Arsenault wrote. “The club sport model allows sports like rugby to be offered as an option for students. The alternative would be that the sport wouldn’t exist on our campus at all.”

Kiersten Mangold, a third-year psychology honours student, has been studying concussion reporting behaviours in university-level student athletes and commented on the dangers of not following proper concussion protocol. “The [concussion] symptoms last longer,” Mangold said, “and the first concussion dramatically increases the chances of sustaining another concussion.”

Mangold has been doing her research with Dr. Jennifer Tomes, who studies the long-term consequences of concussions. “After sustaining the first concussion, people are susceptible to second-impact syndrome,” said Tomes.

Mangold mentioned the strict rules Ontario has put in place to prevent the worsening of concussions in student athletes. Ontario has adopted Rowan’s Law to protect concussed athletes from further brain damage, following the death of a 17-year-old rugby player in 2013 from second-impact syndrome. Rowan’s Law dictates that individuals under the age of 18 have to learn about concussion resources before registering in sports organizations, that coaches be educated in concussion awareness, and that athletes and coaches follow each sport’s concussion code of conduct. Rowan’s Law also states that every sport organization must establish and follow a removal-from-sport and return-to-sport protocol for athletes who have sustained a concussion.

Forsyth’s concussion was not the first suffered during the 2018 rugby season. Shae Scully, Kelsey MacKinnon, Lauren Boyce, and Sonia Siddiqui have all sustained concussions during the current season.

“Multiple girls have gone to the hospital or a physiotherapist on their own because that’s what they figured they should be doing,” said Forsyth.

During the 2017 season, the rugby team sought medical aid through a student trainer they paid to outsource during their games. This year, the fee to outsource a trainer has been raised, making it difficult for the team to fund a trainer to accompany them at games. “We can’t afford to outsource anymore,” Forsyth said, “so we just hope that the other team [we’re playing] has a trainer.”

In order to address the need for concussion assessment services that club sports can access, the athletics department has been seeking to expand their resources.

“We have been working with the women’s rugby team to identify students who will be willing to serve as trainers for the team and who will receive training from our therapy clinic for how to best handle different situations,” Arsenault wrote. “Also, as a longer term solution, we have been looking into different funding models in an attempt to expand our services through the therapy clinic so that we can start servicing more students.”

“Too often people dismiss concussions because there’s nothing visible like with a broken bone, but it should be taken very seriously,” Tomes said. “[A concussion] is a true injury.”

Disclaimer: Jessica Firminger currently works as a trainer for the varsity soccer team at Mount Allison.