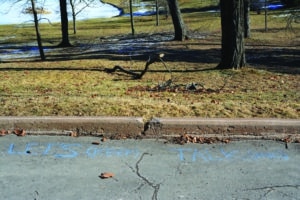 It can be easy to get caught up in the negativity – about each other, about ourselves and, on Bell Let’s Talk day, about the flaws of corporate involvement in highly publicized glamorization of mental health and mental health awareness. This past Tuesday, students Carly Penrose and Alanna Stewart chose to move past this and focus instead on creating an atmosphere of encouragement and love in the face of mental illnesses in their presentation, Big Rides and Mental Riptides.

Penrose and Stewart, second- and fourth-year psychology students, came together to screen a “pre-Bell Let’s Talk” film, “Clara’s Big Ride.” This featured mental health ambassador Clara Hughes’ cycling trip across Canada to raise awareness for, and start the conversation about, mental well-being and illness. After the screening, there was a time for open discussion in which participants shared their own experiences and personal struggles with mental illness.

Stewart believes in the necessity of normalizing and understanding mental health and mental illness.

“I am not under the illusion that Bell Let’s Talk will erase stigma, but it is an excellent way to start the conversation,” Stewart said. “[However, the] responsibility is on us to continue this conversation.” The desire to provide students with “[the] opportunity to speak openly and to encourage openness in others” motivated her and Penrose to organize the film screening.

Penrose expanded on Stewart’s comments. “We wanted to spread awareness about mental health issues and how common they are for the lack of attention they receive,” she said. “The dialogue is really important and I’m only now realizing how sharing can encourage others to share and bring them out of any dark places they may be in right now.”

Feedback for the event was positive.

“It was inspiring to hear Carly and Alanna share their testimonials with such confidence,” third-year drama student Erik Garf said. “It sure got me talking.”

The event dynamically closed with the opportunity for attendees to leave notes expressing feedback. “Some people wrote that they were struggling and that this event had encouraged them to seek help,” Stewart said. “That’s what this is all about.”

Penrose and Stewart took steps towards promoting a positive conversation and community in giving their presentation. They used the spirit of a campaign such as Bell Let’s Talk day to open up about their own personal stories. “I saw a need to create open dialogue for real,” Stewart said.

Fourth-year psychology major Vince Casey said, “It’s awesome to see members of the Mount Allison community organizing an event like this and putting their own experiences out there for their peers to hear. That must be extremely difficult to do, but it is so important.”