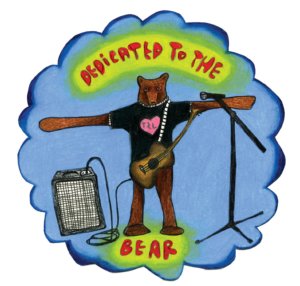 Sackville’s Thanksgiving weekend kicked off on Friday night with a cozy double feature at Thunder and Lightning. With much of the student body having gone home for a weekend of family, feasting and festivities, the pub’s atmosphere was much more intimate and laid back than might be expected. With pints resting comfortably in hand, everyone took their seats, eager to hear two talents from opposite ends of the country.

Jom Comyn toured all the way from Edmonton to find himself performing in this strange little pub in Sackville. Though down their guitarist, who had to head west early, Comyn and his band of two seemed relaxed, and he admitted he was eager to show off his own skills on the six-string. The light chatter scattered throughout the bar as he gave his introduction quickly dissipated once the music started.

Melodies throughout their set evoked both a sense of the bitter prairie winds and that odd feeling of warmth and comfort that comes when friends acknowledge a shared sense of melancholy. But what makes Comyn’s music truly special is undoubtedly his voice. Deep and gruff, yet resolute and calm all at once, the baritone singer bears an uncanny resemblance to a dusty cowboy you might find wandering around a Sergio Leone film.

By the end of Comyn’s set, the entire pub had become noticeably more relaxed and friendly, helped in no small part by Comyn’s occasional monologues, which gave the whole night a sense of familiarity and closeness befitting of a holiday weekend. Even T&L’s infamous bear and raccoon weren’t left out, with Comyn dedicating a song specifically to them, “and all the good boys around the world.” It’s nice to see those two get some love every now and again.

Comyn ended his set with a quiet “Thank you” before passing the mic over to Property, a three-piece band hailing from St John’s, N.L. Of course, you wouldn’t have needed me to tell you that; one good look at singer Sarah Harris’ hat with “NOFUNLAND” printed straight across the front would give you a solid idea of what you’re in for.

Though lacking a live drummer, Property supported their setup of one bass and two guitars with some choice electronics that did everything from providing backbeats to warping Harris’ voice into a choir of haunting harmonies. And speaking of spooky, their track I Feel Unholy stood out for its confidently eerie atmosphere that seemed to darken the whole room with an otherworldly sense of magic for a moment. This contrasted with songs showing off their unique brand of tongue-in-cheek pop sensibilities, with one in particular paying almost undeniable homage to the Talking Heads’ song Book I Read.

By the show’s close, the crowd was clearly fired up. Hoots, hollers and whistles littered the bar as the band finished up their last song, which seemed to come all too soon. Just as quickly as the whole thing started, it ended, and the two bands naturally transitioned into regular patrons at the bar, casually chatting with everyone that had just seen them play.

There wasn’t any turkey, pumpkin pie or dollar-store decorations, but the spirit of the holiday was undeniably present in the bar throughout the night. Certainly not T&L’s biggest or wildest show by any means, but one that captured the spirit of the pub and the town on those quiet nights of respite between the madness.