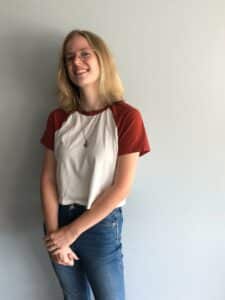 What’s your favourite movie or TV show? Are you more of a mystery person, a sci-fi enthusiast, or a belligerent dramedy binger? Regardless of what you watch, if studying the screen has ever piqued your interest, then Mt. A’s new Screen Studies Society (SSS) may be for you.

“It’s a very welcoming environment, I think,” says Abby Spencer, the current president of the SSS. In her second year of study here at Mt. A, with a major in English and minor in screen studies, Spencer is certainly qualified for the position. She has been involved with the society since its conception and held the title of vice president last year. “I’m really passionate about screen studies, so the opportunity to lead the new club was really exciting for me. I have a lot of ideas for events and things like that. I really love learning about screen studies, so the opportunity to do that more was really interesting. […] Film and television are two of my favourite things in the world.”

“I think [film]’s really interesting because it is still a decently new medium — film hasn’t been around for a lot, historically. And we learn a lot about the world that way,” she continued. There’s a very large percent of people who just learn about other people through movies and TV, so I think it’s really important to see how they’re represented. It’s really cool to look at, like, the language of film and how it operates — because there is structure in it, and you’ll definitely notice when it’s being broken and why.”

On the topic of independent study through the society, Dr. Fanning emphasized the importance of cinema outside of the classroom: “It’s not graded, they’re not being so careful about what they’re saying. We can only do so many things in a classroom, and they might find a particular genre or particular area that they really like, and maybe they can explore that further with films that they choose. An aspect they want to talk about. Our students are very aware of things that I’m not aware of, and other people teaching the minor may not be aware of, because of the generational differences. It provides that opportunity for them to explore those subjects through their chosen films or television.”

As for events this year, “movie nights are definitely a must,” Spencer assured. The SSS will be collaborating with the Drama studies society on multiple events this year, including upcoming showings of The Rocky Horror Picture Show and Scary Movie, as well as an eventual campus-wide game of Clue involving real student actors from the Drama department. More info on these events will be released soon. Spencer suggests following the new SSS Instagram page, @screenstudiesmta for anyone curious about the society.

For anyone on the fence about joining the society, Spencer says: “Definitely join it…  we’re not gonna shoot you away at the door if you can’t name 5 Alfred Hitchcock films –  it’s really fun!”

Film and television are things nearly all of us have in common. Who hasn’t turned to the medium at some point in our lives, for comfort, education, or escape? This society is for everyone: the beginners with no experience beyond a spark of interest, the avid video-essay-goers, and  the experts in the language and methods of film. The SSS is also currently accepting applications for two executive positions: creative director and secretary-treasurer. For more information on the society, to become a member, or to apply,  students can find the SSS online or reach out to Spencer directly at [email protected].