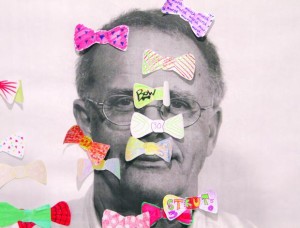 Last week, one of Sackville’s most active galleries bade farewell to one of its most prolific contributors to the arts, as John Murchie retired as Coordinator of Struts Gallery & Faucet Media Arts Centre on March 31. Murchie had served in the position since 2003.

Since moving to Sackville in 1990, Murchie has been an integral part of the artistic community, becoming Chairman of the former Atlantic Waterfowl Celebration, serving on the boards of CHMA Radio, Eyelevel Gallery, Dalhousie Art Gallery, and ArtsAtlantic magazine, as well as helping draft a cultural policy for the Town of Sackville. In his time as Coordinator of the Struts Gallery & Faucet Media Arts Centre, Murchie played an important role in the growth of the centre’s media arts facilities, residencies, annual festivals, and programming, as well as serving as a mentor to students, artists, and community members.

Murchie’s influence as an advocate for the arts extends far beyond Sackville. Murchie had previously served as Director of the Nova Scotia College of Art and Design Library from 1972 to 1990, and Associate Curator at the Art Gallery of Nova Scotia from 1995 to 2000. He has undertaken national curatorial projects and has exhibited performance art, installations, and paintings in galleries and festivals across Canada, including Eyelevel Gallery, Dalhousie Art Gallery, Mercer Union, Struts Gallery & Faucet Media Arts Centre, Nickle Arts Museum, Khyber Art Centre, Stride Gallery, Latitude 53, SAW Gallery, and the Mountain Standard Time Festival.