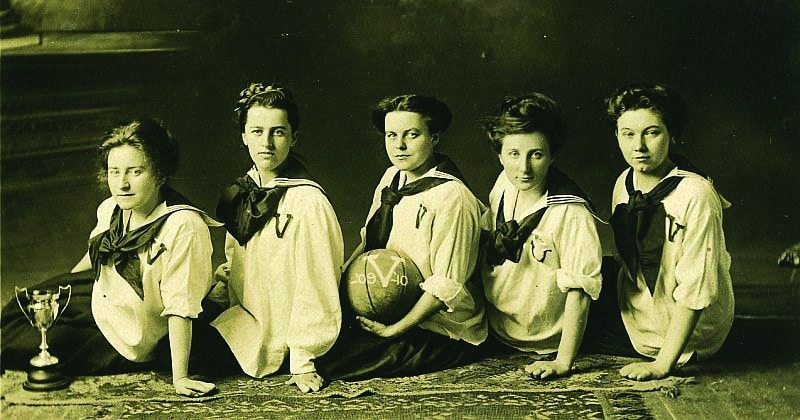 Students and community members gathered in the Owens art gallery on March 7 for the second annual awarding of the Marie Hammond-Callaghan Women’s History Prize.

The annual award was created by Mount Allison’s history and women’s and gender studies (WGST) departments in order to recognize Hammond-Callaghan’s contributions to those fields. As the only full-time WGST professor at Mt. A for years, Hammond-Callaghan acted as a lynchpin to Mt. A’s WGST program. Her research focused primarily on the role of women in Irish and Canadian peace movements.

Hammond-Callaghan battled breast cancer for several years before passing away in November of 2015. When the University administration made the decision to cut WGST funding the following year, supporters of the WGST program felt that student demands and Hammond-Callaghan’s memory had been dishonoured. As a result, protests against the decision were carried out for the remainder of the 2015-16 school year until the program received secure funding.

This year’s award winners, Ella Porter and Jamie Dalgleish, were announced by award committee member and WGST program director Leslie Kern. “We thought that the prize should represent both those areas of her interest and recognize students that are looking at some aspect of history that relates to gender, sexuality, feminism – the kinds of topics that were really close to Marie’s own interests and passions,” Kern said.

One of several nominations this year, Porter and Dalgleish’s project analyzed the factors behind the gentrification occurring in Montreal’s gay village. “They had worked together for a project in a geography methods course where students travelled to Montreal to engage in some kind of urban research project,” Kern said.

In addition, the recipient of the Sheila A. Brown scholarship, Cara MacKenzie, was also announced at the event.

The awards were followed by a presentation from scholar Sharon MacDonald concerning her research and discoveries about Polly Chesley and her mother Mary Chesley, who both obtained degrees from Mt. A in the late 19th and early 20th centuries. The two women were well known across Nova Scotia in the 20th century for playing a large part in the province’s suffrage movement.

Despite devoting over 20 years of research to this topic, MacDonald and her colleagues still make intriguing and unexpected discoveries, which compel further investigation. It was recently discovered that Mary Chesley had been a contemporary of Mt. A alumnus Grace Lockhart, the first woman to receive a university degree in the British Empire. “Once [a history professor at Mt. A] called me to talk about a newly discovered connection between Mary Chesley and Grace Lockhart, and I didn’t know anything about it. New pictures [of Lockhart and Mary Chesley together] were found at the archives, so in a way the story never ends,” MacDonald said.

Perhaps the presentation’s most interesting detail was that both Polly and Mary Chesley resisted the cultural norms of the society they lived in. Mary stayed in Nova Scotia after graduating to focus on her family, but remained actively present in the suffragette movement and frequently wrote polemics about the state of gender equality.

Polly left Canada after her graduation in the early 20th century to travel globally and continue her education. After studying in Britain and France, she spent the last few years of her life in India, where she passed away after contracting an infection during an expedition.

MacDonald intends to continue her research indefinitely. “Doing research is a great deal of fun. But it’s hard work, too – I’ve probably read thousands of miles of microfilm.”

WGST professor Tasia Alexopoulos, who helped organize the ceremony with Kern, felt that the Chesley family’s story offers us lessons applicable to modern life. “I had never heard the story before, and thought it was really, really interesting. What I think it demonstrated, in a very fun and engaging way, is that we have this idea that women, historically, were very oppressed, and didn’t do radical [and] interesting things,” Alexopoulos said.

“In a lot of ways, the vibrant, smart, public intellectuals, female politicians, female athletes, all these [people], have kind of been written out of history. Uncovering these stories and telling them, in addition to being inspiring, also shows us that we have a lot in common with women in the late 1800s,” Alexopoulos added.

With all the intriguing academic discourse the event incited, the Marie Hammond-Callaghan Women’s History Prize will no doubt continue to encourage and reward students for their work in this field for years to come.