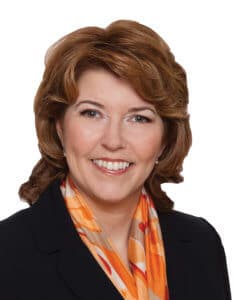 Hélène Boudreau is another candidate who has devoted their life to public service.

Boudreau was elected as a municipal councillor for the City of Dieppe from 2008 to 2012. She ran for mayor of Dieppe in 2012 and represented the NDP in Memramcook-Tantramar during the 2014 New Brunswick election. That same year, she received the Moncton YWCA Woman of Distinction Award in the non-profit and public service category. Boudreau represented the people of the Beauséjour riding as an NDP candidate during the 2015 federal election. In addition to her work in provincial politics, Boudreau has been a private- and public-sector nurse for the last 33 years.

In an interview with the Argosy, Boudreau spoke about her vision of the role of an MLA in their community: “I’ve always believed, and this is why I put my name forward as a candidate, that we should always be honest and do our due diligence, do our work with integrity and be accountable to our actions. I believe that in our riding right now, that’s what we truly need to get our community involved in the decisions being made.”

When asked what stood out to her as different about this campaign cycle as opposed to her 2014 run, Boudreau immediately said seniors. “In the past they have elected traditional parties, and now they’re actually thinking of changing,” she said. “Something that they normally didn’t do, that they always looked at one way and this time they’re actually getting information, asking a lot more questions.… Even the youth are different, very engaged. We just came from Tantramar High School and they were seeking information, details, not just our platforms at large, and that’s a very positive thing for our future.”

As far as what caused this change, Boudreau said, “I think it’s from the many, many years of hope being given to [the people of New Brunswick] and then not achieving any of those goals that those governments have put in place or told them they would be putting in place. They have been under the impression that we have to wait eight, 12 years to get what the seniors, for example, need.… I think people are looking to reset the political atmosphere and looking for more accountability, so they’re aware that a majority government is not necessarily the best way to go.”

Boudreau said she chose the NDP because of their core values: “They represent families first and they make their policies and platforms according to a holistic approach — if we talk about job creation, we also talk about eco-friendly job creation. We talk about every issue as it applies to each person.” She also expressed her pride in the NDP’s support of women’s issues and said the New Brunswick NDP has the highest number of female candidates at 51%.

In terms of what her party has to offer students, Boudreau said, “We think it’s important to have pay equity, a $15-dollar minimum wage and we know that it’s important that us who are ending our careers create a useful [economy] for the next generation. It can’t just be call centres, it has to be an economy of international value.”

Boudreau’s final message to students was “Keep the people that are elected accountable: Don’t make it a one-week issue just because there’s an election.”