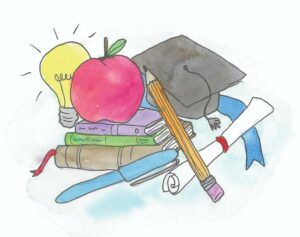 This year, International Education Week (IEW) begins on October 30 and ends on November 4, and is being celebrated at Mt. A with a series of events and activities hosted by the International Centre. IEW has been celebrated since 2000 and is currently recognized in over 100 countries. “International Education Week promotes the value of multicultural and diverse communities on campus, and raises awareness by dedicating an entire week to highlighting the value of diversity and numerous cultures, as well as various ‘study-abroad’ and exchange experiences,” said Lestyn Lobo, the International Centre intern at Mt. A.

Lobo, a third-year student pursuing a Bachelor of Aviation and Science, moved to Canada four years ago and described his international education experience as phenomenal. He stated that moving to Canada to pursue post-secondary education has helped him become more independent, widen his social circle, and “get involved with the community in unique ways to find [his] strengths and focus on [his] objectives.”

The value of international education is endless, which is why having a week to commemorate it is important. “I chose to study abroad and embark on this remarkable experience because I wanted to expand on my knowledge, be given the chance to cultivate more leadership skills and independence, and explore the diverse cultures,” Lobo said.

Jessica Copeland, a fourth-year student with a  major in English and a minor in Visual and Material Culture studies, returned to Canada this past June from her exchange program in South Korea. She said that her international education experience was very positive, and she “found everyone in Korea to be very welcoming.” Copeland explained that one of the reasons she was compelled to do a semester abroad was because it is an easier way to travel without the stress of having to work, while having her “food and accommodations settled.” She added that going abroad for school is “a great way to get used to travelling.”

Copeland said that international education is also beneficial to help people be more “culturally aware.” She added that it can be difficult to get exposure and “interact within different cultures,” especially if one is from a small rural community such as Minto, New Brunswick, which is where Copeland was born. She stated that studying internationally can “make us less ignorant to different ways of life; even if you educate yourself, you never fully understand it until you’re fully immersed into it.”

The advice that Copeland has for those considering undergoing international education is to extensively “research the place you are going” and attempt to learn the language out of convenience and respect. She stated that the International Centre was very supportive throughout her exchange experience, and urges anyone who is considering it to take the leap.

IEW helps foster diversity by connecting people who are from Canada that have studied internationally with people who are currently going to school in Canada that were born in another country. Copeland explained that IEW is important for a number of reasons, such as for “students to interact with other students from different cultures.”

The purpose of IEW is to share information on international education and exchange trips, raise awareness about the benefits and importance of it, and serve as an opportunity for people to celebrate different cultures while connecting with other students. Copeland stated that she is participating in the Study Abroad and Exchange fair on Thursday, November 3, where the “international students who are here right now, and people who have already been on exchange, are going to represent the schools that [they] went to,” to promote them and share information with others who are interested.

The events scheduled for IEW at Mt. A included a pumpkin carving activity on October 30, an international cultural festival on November 1, a talk by Moncef Lakouas on November 2 titled “From International Student to Community Leader and Organizer,” and an upcoming Diwali celebration on November 4. All are encouraged and invited to participate.