Election to be held November 28 for the new Tantramar Township 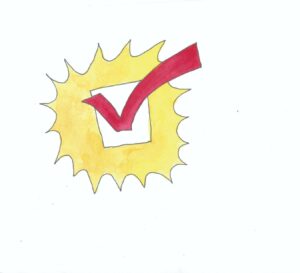 The Town of Sackville is soon to be no more! Well, at least its town council will be no more. Local governance reform is being implemented across the province and will result in the merging of the town of Sackville, the village of Dorchester, the local service districts of Sackville and Point de Bute, and a portion of the local service district of Dorchester. This new entity will be officially established on January 1, 2023, and will be called Tantramar.

On Monday, November 28, local elections will be held in a number of jurisdictions across New Brunswick. Within the Tantramar region, the election will determine the new mayor and council. Major cities like Saint John, Fredericton, and Moncton, amongst a number of other municipalities, will not be holding elections as their jurisdictions have not been affected or modified.

Almost a year ago, the Progressive Conservatives, under the leadership of premier Blaine Higgs, revealed their plans for local government reform in the province. In April 2021, a green paper, or proposal for discussion, was published by the Government of New Brunswick on the subject of local governance reform. The province then held a number of engagement sessions and encouraged public participation in the reform process, in addition to extensive consultation with various stakeholders. Following the public discussion, in November 2021 the government published a white paper, essentially a document outlining the issue at hand and the proposed resolutions.

Local governments have been working with the province to restructure boundaries, choose governance structures, and name the new communities. For Sackville residents, there was an opportunity in April to decide between naming the new entity either Beauséjour Township or Tantramar Township, with the latter being chosen.

There has not been a significant overhaul in local government in New Brunswick since the late 1960s. This is a historic moment for the province and one that will hopefully usher in a new era of local governance that better serves the people of this province.

Anyone who is 18 years of age on or before November 28, a Canadian citizen, and a resident of the province for at least 40 days immediately ahead of Election Day is eligible to vote. However, there are certain stipulations regarding the ability for students from another province to vote. Students’ eligibility to vote depends on whether they have made New Brunswick their “ordinary residence,” a subjective term relating to one’s intention to make this province their home. A person cannot be an ordinary resident of more than one province at the same time. According to Elections NB, “If you have two residences, one where the rest of your family lives and one where you live part of the time for work or school reasons, the place where your family lives is your ‘ordinary residence.’”

If you aren’t already on the list of voters, you can be added to it at the polling station. You will need to provide identification, proof of residence, and sign a declaration confirming New Brunswick is your ordinary residence. The polling station workers are trained to help the process go quickly and smoothly, and voting is made quite simple. Participating in democracy is worth a few minutes of your day!