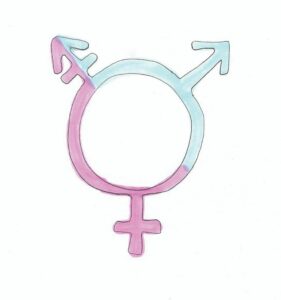 This past week was National Transgender Awareness Week, culminating in Transgender Day of Remembrance on November 20, a day that honours the memory of those lost to anti-transgender violence. In conjunction with Mount Allison’s first Fall Wellness Week, a number of events were hosted by the University for Transgender Awareness Week. The events included a Queer Mental Health Workshop using drama therapy with the Wellness Centre’s new counselor Todd Hunter and the screening of Proper Pronouns, a documentary about transgender Christian ministers and their navigation of the religious community. Additionally, Mount Allison’s Sexual Violence Prevention and Education Co-ordinator Tasia Alexopoulos led a session entitled “Let’s Talk About Positive Spaces,” a brief overview of ways to promote inclusion and build a more welcoming community. In a similar vein, all community members were invited to participate in a survey to contribute to the development of the University’s new Positive Space training, a project undertaken by Mount Allison’s 2SLGBTQIA+ Community Engagement Leader. The Positive Spaces training will be a permanent, online resource that aims to create a culture that has, according to the University’s survey, “welcoming, respectful, supportive and safe learning and working environments for lesbian, gay, bisexual, transgender, two-spirit, intersex, and queer (2SLGBTQIA+) students, employees and community members.” Questions on the survey were mainly specific to the trans experience, including asking for suggestions of concrete actions that would make Mount Allison a more trans-inclusive community.

The transgender flag was raised on campus in observance of Transgender Awareness Week before being lowered to half-mast over the weekend for Transgender Day of Remembrance. Transgender Day of Awareness began in 1999 with a vigil to commemorate the life of trans community organizer and activist Rita Hester, who had been murdered a year earlier. The vigil was also held to recognize the lives lost to anti-transgender violence and was a means of bringing attention to the inequalities faced by the trans community. While there has been significant progress in recent years in terms of trans representation and acceptance, it is clear that trans people continue to face a number of barriers to equality.

As this article was being written, news has emerged from Colorado indicating that a gunman killed 5 people and injured 18 others in an attack at an LGBTQ nightclub. Hatred, ignorance, and bigotry, especially when weaponized by politicians, still pose a very real threat to queer and trans lives. It is also crucial to note that racialized trans and non-binary people experience higher rates of discrimination, harassment, and physical and/or sexual violence. While there is less data and content available related to Canadian anti-trans violence, several American organizations have compiled the stories and images of trans people who have been killed in the past year. For example, GLAAD has used its social media accounts on Transgender Day of Remembrance to share brief overviews of the lives lost.

Trans issues have become politicized and blatant transphobia has become commonplace in the American political arena, with a number of states moving to block access to gender-affirming healthcare and limiting education on gender in schools. This hysteria, used for a political aim, has real and dangerous consequences for queer and trans people, especially youth. This anti-trans sentiment is not limited to America; Canada has also seen an increase in divisive and dangerous rhetoric about the transgender community, fostered by a wider international debate about the legitimacy of trans people, perpetuated by a number of celebrities like J.K. Rowling and Dave Chappelle. There are simple ways to show your support for trans people, including using more inclusive language (i.e. saying “folks” instead of “ladies and gentlemen”), respecting others’ pronouns and normalizing sharing your own, using people’s chosen names, and generally educating yourself on terminology and issues facing the trans community. Education is especially key in combatting ignorance and hate. Your support as an ally can be crucial and means so much!