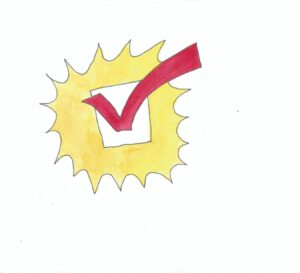 Discussing voter discrimination and the importance of the student vote.

The municipal elections are just around the corner, and residents of the Tantramar region can cast their vote on November 28 at the Baptist church in Middle Sackville. Members of the Mt. A community have expressed a variety of concerns in regards to its location.

Dr. Mario Levesque, the department head of Politics and International Relations, recommended that polling stations inside churches be avoided for the continued separation of church and state. He touched on additional concerns about the polling station.

“The bulk of people within this riding live downtown,” explained Dr. Levesque. He continued by saying that “the polling station is inaccessible for people with disabilities and those without transportation,” and that a more accessible location would be Convocation or Tweedie Hall. If Elections NB was unfamiliar with the area, they could have communicated with the University to determine an appropriate location, Dr. Levesque said.

MASU VP of External Affairs, Ngoc Huyng, stated that “Elections NB did not consult with the students.” Huyng added that the MASU had sent a letter to Elections NB expressing how the polling station was inaccessible for students, which resulted in a shuttle service organized by Elections NB that will depart from the Civic Center from 10 am to 7 pm on election day.

Elections NB has continuously made decisions that hinder students’ access to voting. In the 2020 provincial election, numerous students who were eligible voters were told that they were unable to vote. In response, Elections NB stated that the volunteers at the polling station were not trained properly and promised that it would not happen again.

Since Elections NB has made voting inaccessible for a second time, Dr. Levesque opined that “there is a larger agenda at play.” He expressed that they must either have their own biases or that they are taking orders from elsewhere.

Huyng mentioned that members of the Sackville town council have said that students should not be able to vote despite the fact that Elections NB has stated that students from provinces outside of New Brunswick can vote in provincial and municipal elections if they have lived in the province for more than 40 days.

Huyng discussed the importance of the student vote by saying that the student population comprises a large percentage of the town of Sackville. “During the holiday and summer breaks, the town is certainly very quiet,” said Huyng.

Dr. Levesque added to this by explaining the economic impact that students have on the town of Sackville: “During the peak of COVID, businesses were hurting because students weren’t here.” Many students have been absent from campus for two years and Dr. Levesque explained that as a result, Mel’s closed and many businesses such as The Cackling Goose, Joey’s, and Patterson’s were put up for sale.

“Everyone has the right to vote,” concluded Dr. Levesque. “And it is our duty to make sure that it is reasonable for them to do so.”