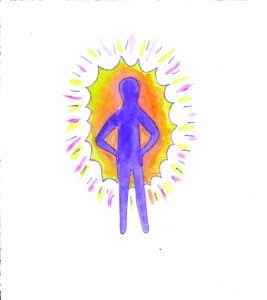 Strong helped organize the event, and the panellists discussed two major themes: what has changed within the Mt. A community regarding sexual violence in the past year, and where do the university and the Sackville communities go from here.

“71 percent of students witness or experience unwanted sexual behaviours,” said Kayla Breelove Carter. During the panel, Carter discussed the fact that racialized individuals encounter sexual violence at higher rates compared to non-racialized people. Carter explained that this was due to the “objectification of racialized women which is ingrained in sexism, racism, and colonialism.” Carter also discussed how individuals experience physical and mental health consequences after encountering sexual violence such as post-traumatic stress, eating disorders, nightmares, disassociation, and more.

Kiara Bubar also discussed the intersection of race and sexual violence speaking to Indigenous people’s experiences of sexual violence. Bubar noted that within the past year, the campaign for Missing and Murdered Indigenous Women and Girls has gained support, yet it is still not receiving the attention it deserves. Bubar said that within the past year, many individuals are finally opening their eyes to these issues and that they hope that conversations regarding sexual violence continue to gain momentum. They continued by saying that policies to address Missing and Murdered Indigenous Women and Girls must be implemented on provincial and federal levels.

Michelle Roy also emphasized that the province has not implemented any policies regarding sexual violence. In fact, on top of reducing ER hours within the province, they have also recently cut funding to sexual violence New Brunswick and the sexual assault crisis line.

Roy stated that within the past year, discussions of sexual violence have become a part of everyone’s life at Mt. A. She said that many students are having conversations that bring awareness to sexual violence and they are taking on positions of being active bystanders when they are witnessing sexual violence.

Strong spoke to what Mt. A has done regarding sexual assault prevention in the past year. Strong is a member of the sexual violence prevention group at Mt. A. The group started a consent campaign at the beginning of the school year; the timing of this campaign was important as rates of sexual violence are higher at the beginning of the semester. The group also has also made bystander intervention training modules available on Moodle and has worked closely with the university to revise their policies regarding sexual violence.

As for moving forward with sexual violence prevention, Roy hopes that the university will equip the new Sexual Violence Education and Prevention Coordinator, Tasia Alexopoulos, with resources like funding and staffing to help the department flourish.

The panelists recognized the increased number of conversations regarding sexual violence in the past year and shared their hope to continue the momentum. “I want us in nine years when we’re talking about the ten-year anniversary to be talking and reflecting on how Mt. A became a role model for other universities on sexual violence prevention and how ground-breaking they became in how they addressed sexualized violence,” said Roy.