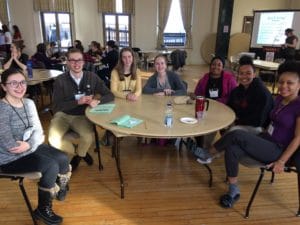 The Feminist Leadership conference, which took place on March 3 and 4, offered space for members of the Mount Allison community to explore and cultivate conceptions of feminism.

Formerly the Women in Leadership conference, the organizers rebranded the annual event in an attempt to create a more inclusive understanding of feminism.

“To move away from how corporate-focused [the conference] was two years ago, we needed something to change,” Meghan McCracken, a conference co-organizer, said. “We don’t want women to fit into the current structure, we want the structure to change.”

Maggie McGraw, another organizer, said she thought the name change reached out to people who would not have attended the conference otherwise.

“A lot of responsibility comes with attaching the word “feminist” to the conference,” McCracken said. “When we were looking at who we are bringing in for speakers, we wanted people to be represented and have their voices heard. It’s not always easy within the Mt. A community to do that because a lot of the people who were here were white women, and we wanted to be hearing about the experiences of marginalized people.”

Rania El Mugammar, an anti-oppression consultant, opened the conference on Friday night by talking about the basics of anti-oppression as well as her personal experience as a Canadian-Sudanese woman of colour “growing up in the hood” outside of Toronto. 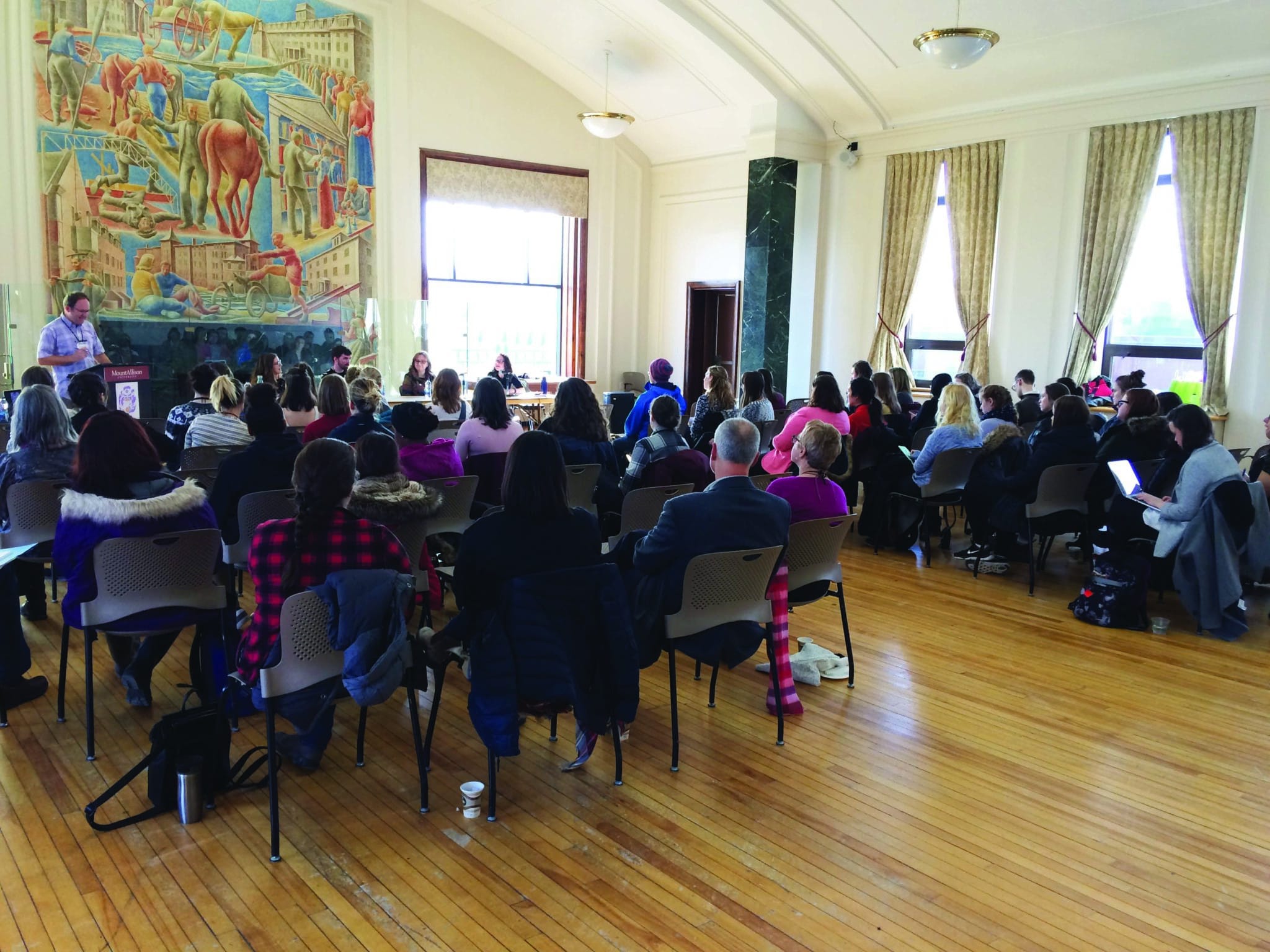 According to El Mugammar, anti-oppression “teaches us that privilege and oppression are two sides of the same coin.” She said that we tend to think of anti-oppression as “this big academic thing,” but that “it doesn’t have to look like that.”

Her presentation outlined the principles of intersectionality, positionality and allyship. Before beginning, El Mugammar told the audience that her goal was to make them uncomfortable.

“I am here as an agitator, an instigator to make you uncomfortable, to hopefully challenge you, to inspire you, to stretch your capacity for empathy just a little bit,” she said. “I will be successful if I manage to do that.”

One student’s response suggested that El Mugammar accomplished her goal.

“I felt kind of drowning in the information, there was so much,” Everett Patterson, a first-year student, said. “I was kind of writing tidbits down, but I felt overwhelmed by that. I think that’s a good thing.”

On Saturday, after opening remarks from Mt. A Indigenous Affairs coordinator Lorise Simon and professors Leslie Kern and Tasia Alexopoulos, participants were divided into two groups to take part in workshops.

The first workshop was led by Kaleigh Trace, a sex educator and writer.

Trace said she first became exposed to feminism when she moved to Halifax from rural Ontario to attend Dalhousie University. Trace later began working at Venus Envy, a sex shop and bookstore in Halifax, after looking for a job at a bookstore.

“It’s impossible to spend 30 hours a week for eight years talking to people about sex without really thinking a lot about how sex informs our bodies and our identities and without becoming a feminist,” Trace said.

Trace organized two activities. First, she asked participants to think of and write down a word that they wanted to embody. She suggested that this word could act to reclaim something that had been ascribed to participants.

Next, she offered a set of prompting images and asked participants to write down a short story. The stories were placed into a bag and participants could draw, at random, to read aloud someone else’s story. Participants discussed the different ways in which sex and story have manifested in their lives.

The second workshop was led by Nikita Moriarity, a Mt. A graduate. Moriarity is currently the executive director at Chimo Helpline, a suicide helpline that covers New Brunswick and parts of Quebec.

Moriarity discussed her personal experiences since leaving Mt. A. She recalled feeling pressured to apply to graduate school, finding jobs in numerous fields related to social work and finally discovering her passion for mental health work.

Moriarity told participants that “it was important to be passionate about what [they] do” and that they should try out all of the opportunities they were offered, “even though they may make you uncomfortable.”

Audience engagement was not a part of this workshop.

Students also attended a panel discussion on mental health, followed by a breakout discussion. To end the conference, participants took part in a “feminist patch-making workshop,” in which they were provided with felt, needles and thread as well as simple designs they could choose to follow.

“I think any time you put a lot of strong-minded women in the same room, you’re going to learn something,” Shaelyn Sampson, a fourth-year student, said. “I think this was a huge opportunity for people to learn from each other and learn from experts.”

Over 40 per cent of attendees were in their first year at Mt. A. Two Tantramar middle school students also attended the conference after winning their science fair with a project on feminism.

“I feel like every year we learn from this conference,” McCracken said. McCracken and other organizers said they were happy with the implementation of a quiet room – which participants were told they could use at any point during the day, and that was equipped with tissues, paper and markers – and having people present with mental health first-aid training.

“This is the third year of the conference, and every year it has been a completely new exec[utive],” Tierra Stokes, a conference co-organizer, said. “Every year it gets to partially reinvent itself.”