Divest MTA: A Call to Action 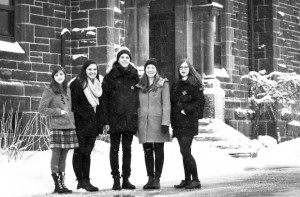 In a widely publicized letter released in Oct. 2013, Harvard President Drew Gilpin Faust disavowed the University’s divestment campaign. Although Faust agreed with the sentiments driving the campaign and understood that no institution could ignore the realities of climate change, her letter took great pains to argue against the merits of divestment. As do many other university governors, Faust insists that fossil fuel divestment is a wholly inappropriate course of action for a university to take. One of the primary arguments that proponents of divestment come up against is that a university endowment is a resource to be utilized and built upon, not a tool to “impel social or political change” as Faust puts it. This is an argument that we at Divest MTA have heard time and again, from administrators, professors and fellow students and it is a claim that we wholeheartedly disagree with.

As consumers and investors, we are consistently told that we vote with our dollars and its absolutely true. The decision to hand over money to a given company is condonation, whether implicit or explicit, of the actions of said corporation. As a result, spending and investment is always political and always has social implications no matter how we might like to tell ourselves otherwise. Faust also argues that Harvard and other institutions considering divestment are, as shareholders of these corporations, better situated to engage with fossil fuel corporations than they would be should they make the decision to divest.

After all, our corporations are not only designed, but are required to create value for their shareholders, a fact that resonates with each shareholder resolution filed against the fossil fuel giants.

These giants, the top 200 fossil fuel companies worldwide, have an estimated 740 gigatonnes of fossil fuel reserves. In a landmark study, Carbon Tracker Initiative indicates that, in order to prevent global temperature increases beyond the two degree threshold which scientists and world leaders have determined to be of relative safety, we must burn no more than 565 Gt of carbon between now and 2050. Keep in mind that the aforementioned 740 gigatonnes that those top companies have is just a small fraction of the total known reserves – about 2,795 Gt. A quick division will politely point out that, of these total reserves, we can only burn about 20 per cent; beyond this, global climate futures become grim.

The remaining 80 per cent of those reserves would bust us into a state which can be referred to as “stranded assets,” meaning that they are assets which remain unused and cannot be profited from. The only way that fossil fuel corporations are going to agree to refrain from exploiting some 80 per cent of their resources is if we strip them of their right to do so and to disengage with them absolutely.

Divest MTA wants Mount Allison University to withdraw any investments the endowment fund may have in the fossil fuel industry.    We don’t need to tell you the danger that climate change presents, to do so would insult your intelligence.  All we want you to know is that its up to us as members of the Mt. A community, to compel our University to take action.  Fossil fuel divestment is one of the most meaningful ways Mount Allison can act on climate change, but if we don’t make it happen, and soon, the opportunity will be lost, and we’ll be on the wrong side of history.