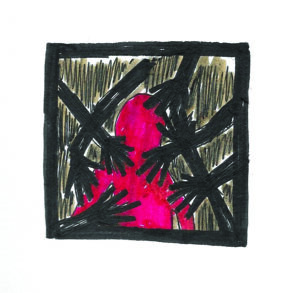 Where do we go from here?

Mount Allison has released their Sexual Violence Policy draft for review. This rollout feels familiar to what we’ve seen before: the school announces a big plan, but rarely puts action behind it. Before I offer my opinion on this policy, I would like to explain that I work at a domestic/sexual violence shelter and have an understanding of how well-intentioned policies can let down survivours.

While the policy draft acknowledges some concerns, it leaves a lot to be desired. For example, in part 1.5 and 1.6, the policy discusses those who have higher risks of experiencing sexualized violence. It discusses the increased risk of assault that queer, Black, Indigenous and other students of colour face, but does not provide details on how the university can prevent these assaults from happening or what actions will be taken to rectify this. Moreover, the policy does not address microagressions or comments based on stereotypes that suggest the perpetrator has perceived superiority that may contribute to higher sexual violence and assault.

One major flaw of this policy is the omission of hazing or “locker room talk.” I think the school has a habit of not stopping these behaviours amongst abusers in athletic departments. This is absolutely unacceptable. While not all athletes are assailants, the bystander effect is real and letting a culture of sexual violence go unpunished exacerbates the issue.

Also, this policy is still more focused on perpetrators rather than survivors. The outcomes section does not indicate how perpetrators will be held accountable. The many survivors I have listened to will often say they want action, not apologies. They want to feel safe. They will carry their trauma with them forever, while many perpetrators, on the other hand, can leave the situation and not have it follow them. They have the privilege of forgetting, but survivors have no such privilege and have to become strong.

Emphasized by the protests on campus in fall 2020, led by survivor Michelle Roy, the university’s focus should be reprimanding abusers and providing safety for survivors. The wording of the policy draft makes it seem like it still only ensures a slap on the wrist for the assailants. Even when survivors were coming forward in droves during the Accountability Mt. A Instagram campaign, those who shared their stories were met with complaints and harassment from assailants, friends, teammates, and classmates. This is not to say that individuals who have perpetrated sexual violence cannot be rehabilitated through education, but this policy should be focused on the mental, physical, emotional, and spiritual protection of survivors.

Furthermore, as previously mentioned, Mt. A has a habit of giving grand speeches about accountability and the prevention of racism, homophobia, sexual violence, discrimination, etc., but I have not met a single person who thinks this rhetoric is met by action. For example, after the vandalism on the campus tipi during Truth and Reconciliation week, the school responded with a single email and no follow-up. These decisions often occur behind the curtain and it is difficult to ensure they are truly followed up with by the school. How is the school contributing to these views on campus? How are we tackling a campus culture of sexualized violence with a focus on intersectionality?

I came to this school in my first year partially because of the low rates of sexual violence, only to find out in my second year that was a fabricated lie. I hope that Mt. A  listens to these criticisms, understands what needs to change, and strives for action and improvement. As a person who knows the stories of these survivors well, I offer support, a listening ear, and resources for anyone who knows or has gone through any form of sexualized violence.

Note: You can ask for a Sexual Assault Nurse Examiner (SANE) at hospitals. These are nurses trained to deal with sexual assault/violence exams and will be trauma informed.