An evening of electronica at T+L 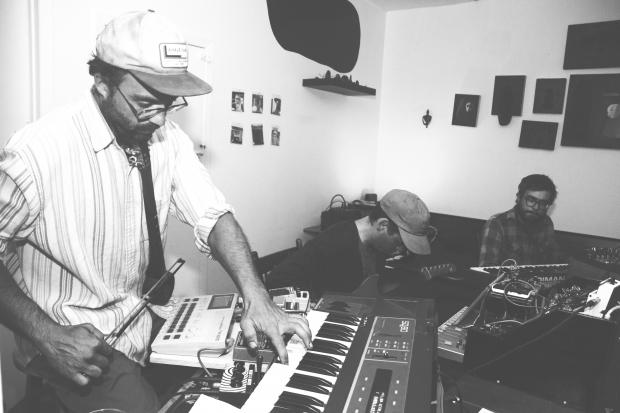 Thunder and Lightning was filled to the brim with music lovers last Thursday, promising great performances by JOYFULTALK and JFM.

JOYFULTALK, an indie group with an electronic and experimental sound, started the evening of performances. Of the performers, JOYFULTALK had the most complex setup, with sound effect boxes, a guitar and violin.

There were some moments in their set that I really enjoyed. The opening song had a surreal, almost alien-like sound. When I listened, I felt like I was being pulled into a science-fiction movie. These moments reappeared throughout the performance, and brought great joy to my listening ears.

The rest of the performance, however, left something to be desired. Experimental music is a foreign genre to me, and so I really didn’t know what to expect when I sat down to see this show. To me, it felt that there was no real purpose or structure behind what the songs were doing; it just sounded like different sounds being thrown together in a way that, for me, didn’t sound pleasant.

In addition, the music felt quite repetitive. It was hard to tell when one song started and another began because most of it sounded so similar. Aside from the alien-like sounds I mentioned earlier, nothing really stuck out to me in particular.

That said, it seemed that the rest of the audience really enjoyed the performance. People cheered, tapped their feet, nodded their heads, and some of them appeared enthralled by the music. This led me to believe that within the experimental genre, JOYFULTALK can be, and is, enjoyed by many.

The same rule of thumb applies to JFM, the next performer who used a much smaller setup: a single sound effect box and a radio.

At first, JFM sounded similar to JOYFULTALK. If anything, the sound was a lot more subtle and simple, which I enjoyed to an extent. But the combination of sounds still lacked rhyme and reason; it was at this point where I decided that this is a consistent element within the genre.

The turning point for JFM was when he brought the radio into the performance. Suddenly, I felt like I was watching an improv show. Using the sound effect box, he remixed and made electronic enhancements to whatever song was playing on the radio at that moment. He switched stations constantly, moving from a pop song to a country song in a matter of seconds.

I was really fascinated by this concept; I was disappointed, however, by the execution. JFM switched between songs quickly, perhaps too quickly to properly demonstrate just how much he could change the song. He also faced those moments when it wasn’t a song playing on the radio, but rather an advertisement or a weather forecast, which he enhanced in the same way that he would a song. This, to me, felt really awkward and forced.

But just as with JOYFULTALK, my opinion proved to be uncommon, as the rest of the audience seemed quite satisfied with what they were hearing.

Based on this, I have to conclude that my main reason for disliking the music was simply that I’m not familiar with the genre as a whole. If you like the experimental and electronic genres, JOYFULTALK and JFM might be just what you’re looking for.