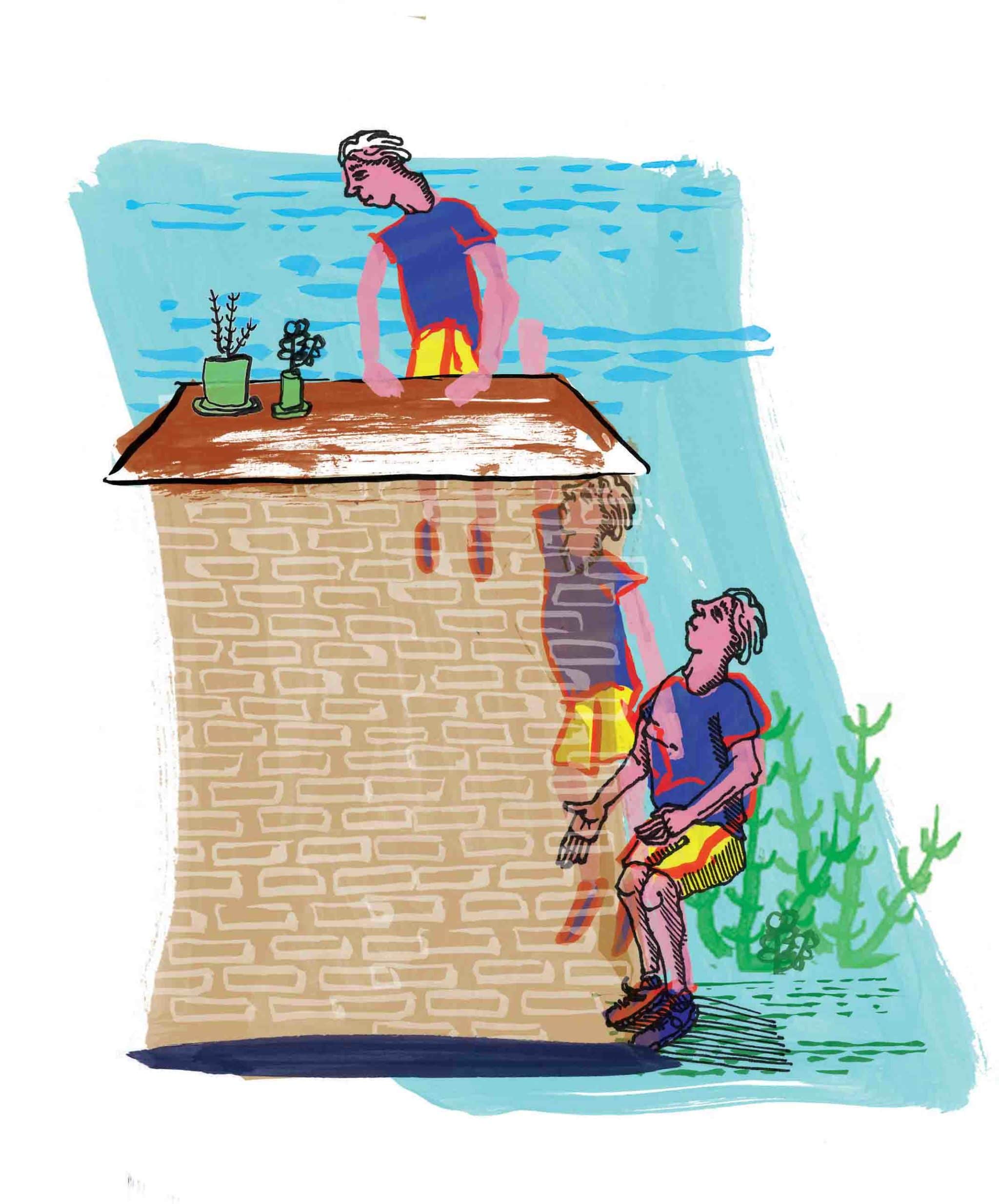 Ralph lay back against the hood of Ms. Fannon’s red sedan. The metal was hot in the mid-morning sun, and sweat gathered between the skin of his bare arms and the car’s metal casing. He checked his watch for the seventh time in ten minutes and anxiously glanced toward the main entrance of the Lincolnshire Sunnyways Retirement Home. Ms. Fannon had been in there for at least half an hour, and his patience was up. He hopped off the hood of the car, and walked across the parking lot. Just as he approached the entrance, the automatic glass doors slid open to the ardent stride of Ms. Fannon.

“Nothing! No visitors to the locked floor who haven’t been pre-approved by the families. They seem bound to make life still more miserable for the demented.”

“I’ll be a leprechaun. Do you know what room she is in?”

“I did get a glance at the residence address sheet. 304. I used to visit my mother here, and think it would be that one,” she said, pointing up to a wide window by the corner of the building. “We’ll have to try someone else. Maybe Denny Howe, the grocer, would talk. I don’t think him and the General are on very good terms.”

Ralph didn’t hear her though, as he’d already set off toward the corner of the building.

“Where are you going?”

Ralph scampered up the side of the building with agility and gracefulness Ms. Fannon didn’t know he possessed. Small plexiglass porches stuck out at every level, and he was able to leap off the wall and grab hold of the second floor porch. He pulled himself up, then standing on the railing grabbed the bottom of the of the third floor porch and pulled himself up again.

To Ralph’s great surprise an old woman sat on the porch, staring blankly into the distance and not at all disturbed by his arrival. He stood looking at her for at least a minute, until she looked over to him and smiled.

“Nice weather,” Ralph responded. He had a neighbour with Alzheimer’s and they often talked about the weather.

“Certainly. How are the children?”

She laughed, as if he’d made a lovely joke. “Yes, yes, which children! Ha!”

Ralph was, of course, confused, but thought he’d roll with it. “The children are well. Willy is your son?”

“Why yes, of course he is. They should be back for dinner soon. Willy is at baseball today. Denny’s over at the Tallrustle’s. I think he loves her, you know. Mothers have an eye for such things.”

“Genny. Genny Tallrustle. He never takes his eyes off her. I’ve known it for years.”

Suddenly it all clicked. Ralph’s eyes bulged and he yelled out in shock. Tallrustle, Hansel, the Howes; it all made sense. Denny Howe, the grocer, was in love with Genny Tallrustle, Ralph’s teacher and Herr Hansel’s lover. Did Denny have motive to kill Herr Hansel? Was General Willy Howe of the Lincolnshire Air Force Base covering for his brother?

Ralph looked out from the porch to an old elm tree across the way. For a split second he could have sworn he saw the silhouette of a man clad in lederhosen in the treetop. Inside Mrs. Howe’s apartment the radio was tuned to CBC 2, and Handel’s Hallelujah chorus drifted out onto the porch. Patience, Herr Hansel. Patience. Justice will be served.

Dear reader: The next installment will be the last. Chapters one through nine can be read here. You are invited to review in preparation for our grand finale.