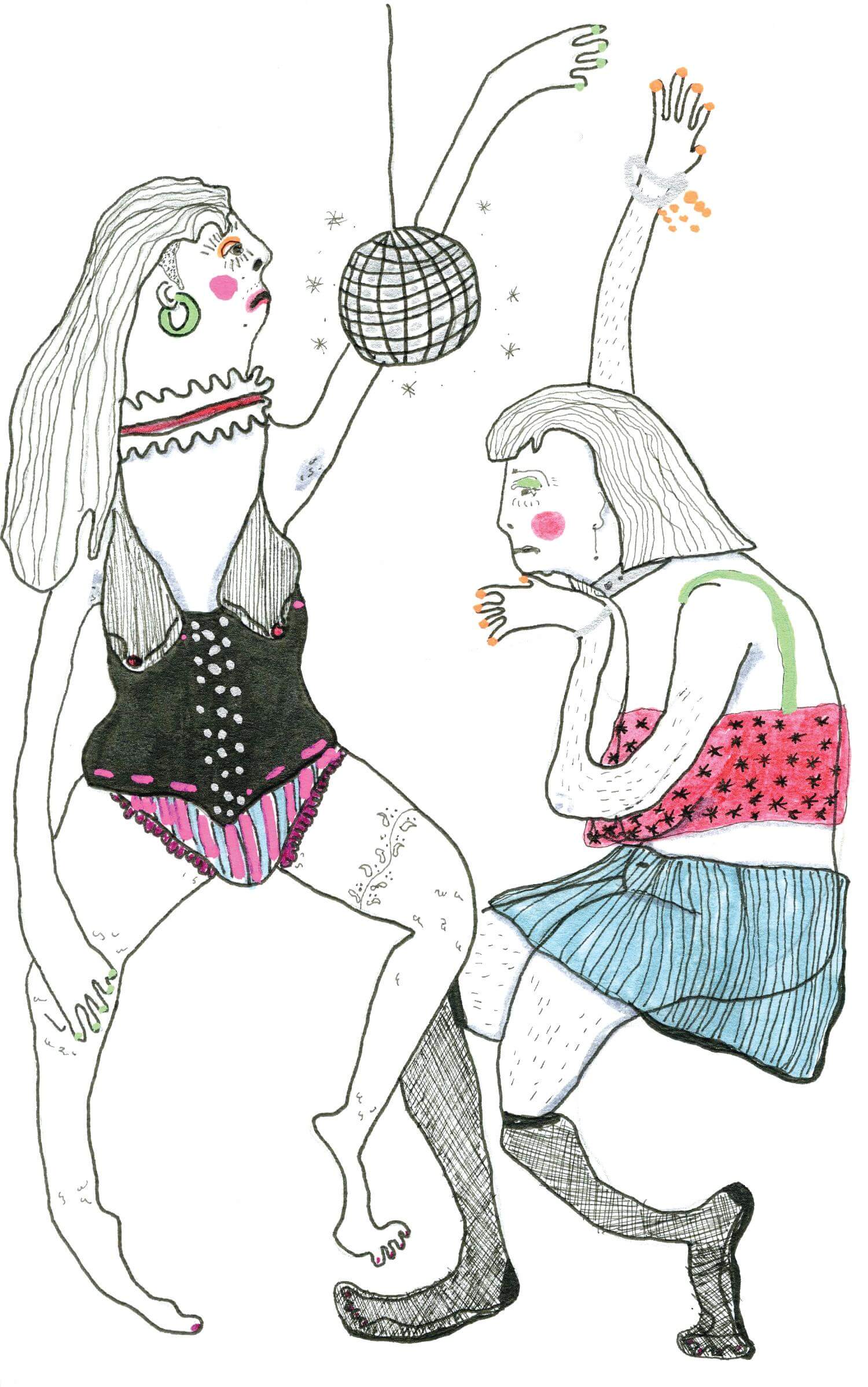 Last Friday, Sackville’s Vogue Cinema underwent a transformation. For one evening, instead of projectors, moviegoers and film reels, the cinema was alive with wigs, glitter and false nails. Upbeat pop songs played on the theatre’s speakers as an excited audience of families and students alike cheered for a series of energetic and engaged performers.

Sackville’s Drag Extravaganza, organized by community member Dawn Boorne, showcased eight drag performers from Fredericton, including drag queens, drag kings and nonbinary drag performers. Because many drag performers make a significant part of their income from audience tips, vendors sold “drag dollars”: fake money with drag queens’ faces on them worth a dollar each. This allowed the audience to tip the performers in increments of less than five dollars without needing to use coins.

Before getting started, the show’s host, a drag queen performing under the name Amour Love, warmed up the audience with a speech about self-acceptance. She then walked around the theatre, greeting various audience members and thanking them for attending.

The drag artists – Amour Love, Angellica Good, Dia Monde, Justin Toodeep, Roxie Champagne, Sasha Stratus, Venom Devine and Rex on the Beach – each performed a dance and lip sync routine to two different songs, with a brief intermission in the middle. The songs ranged from an energetic rendition of Aladdin’s Friend Like Me, complete with high kicks and magic tricks, to an emotional lip-sync performance of Lizzo’s power ballad Cuz I Love You.

Drag is an art form in which individuals wear costumes and perform as their “drag persona,” a personal character representing exaggerated forms of masculinity or femininity. Drag has historically been persecuted as a form of gender-nonconformity; however, the past five years have seen drag brought increasingly into the mainstream as a result of media like RuPaul’s Drag Race, a competition reality show featuring drag queens. Despite this increased visibility, many of Drag Extravaganza’s performers cautioned against mainstream audiences basing their perception of drag on a single show.

“Having the multimedia system that we have today in 2019 can be a double-edged sword,” said Amour Love. “We have overexposure of certain things we don’t want to showcase so much, and then that becomes the staple of what people think drag is, and I think it’s good to challenge that. It’s good to remind people that we have drag kings, we have drag queens and we have nonbinary performers.”

Drag king Justin Toodeep hopes that showcasing drag kings and nonbinary drag artists will help local communities learn more about varying types of drag. “Unfortunately, it’s still kind of a man’s world. But it has to start somewhere: when I started, there were no other drag kings in the province, and now there are drag kings that I’m not even related to!”

After the show, all eight performers visited local record shop Dave’s Rock Emporium, where they met with audience members and took photos together. During the meet-and-greet portion of the show, many fans expressed their excitement at the opportunity to see and meet drag performers in a small town like Sackville.

“It’s important to showcase different varieties of living, being and thinking,” said Amour Love when asked about the importance of drag in small communities. “It’s not wanting everybody to just pick up a flag and a fan and start to dance to our music and live the lifestyle – it’s more or less just [wanting] acceptance and appreciation that there’s a diverse lifestyle out there that, unfortunately, our small towns don’t get to represent all the time.”

“It’s important that everybody gets to experience [drag] in their own town and that everybody feels like they have their moment to be proud,” said Angellica Good.

Although the Drag Extravaganza event is now finished for the year, it leaves behind memories of acceptance, diversity and fun. Happy Pride!