Music and noise: What’s the difference? 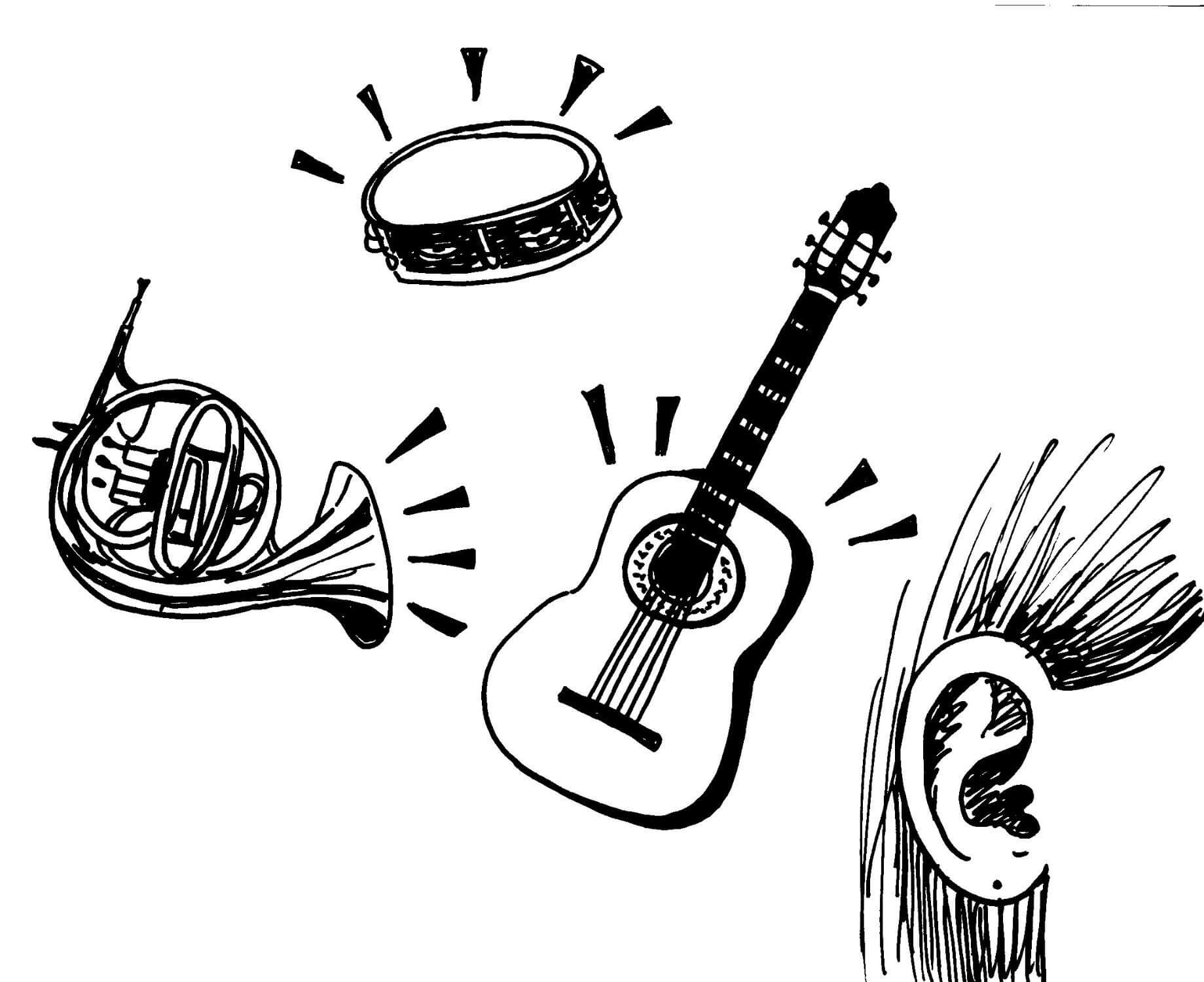 Mt. A music department offers special topics course on the intricacies of sound and noise.

Mount Allison is praised for its small class sizes and intimate teaching environments, and although this is a benefit for some, it does mean that classes fill up quickly. The subjects that seem to fill up twice as quickly are, of course, the special topics courses. These classes are often designed by professors in their research focus areas and give students an opportunity to take courses that aren’t offered at every institution. One such course is Music and Noise 3391, which is offered by the department of music but may also count as a philosophy credit with special permission.

Dr. Patrick Nickleson, a visiting assistant professor of music history, is the sole creator and professor of this course. He came up with the idea in grad school as part of a course that encouraged students to make up their dream syllabus for a class they’d like to teach in the future.

“This class is all about what music isn’t,” said Nickleson. The class began with a historical overview, starting with Plato and Aristotle. What they meant by “music” in those days isn’t always what we think of now. Music at that time had to do with the cosmos and the divine. Certain types of music were thought to be threats to the harmonious and natural things of the world. “I think it’s interesting that throughout all of this time, there have always been people who say that something is not music,” Nickleson said. The course material then evolves into discussions of more recent types of music such as free jazz, hip hop and heavy metal.

Many of these topics are historically relevant, but Nickleson became concerned that nothing more recent would be relevant to his course. When Kendrick Lamar won the Pulitzer Prize for his album DAMN, it provided a current example of something people consider not to be music. “This has always been a very academic, compositional award,” said Nickleson. “There was a lot of backlash among not just everyday online trolls and racists but also from intelligent and educated people who constantly engage in art and culture.”

After Lamar’s win, CBC radio featured the track Duckworth from his album on the Sunday Edition. The station then found themselves receiving emails from opinionated listeners, including this particular quote from Tanya Ambrose of Ontario: “Et tu, Mr. Enright? Playing rap! Is there no escape on CBC? Is CBC conducting mind-control experiment to convince sentient beings that yelling song lyrics is actually music? I usually immediately switch stations when rap is assaulting my ears. Only because of my appreciation of your normal programming, did I stay put by drowning out the rap noise with lalalalalalala. OK. You’ve done your duty. So stick with the music you normally play.” This amount of negative response proved that the distinction between music and noise is one that is still discussed and considered.

On top of in-class lectures, students are encouraged to write in noise journals every few days. The journals act as deep listening practice and as a way for students to write about the things that they hear daily. “I wanted students to do this because the pedagogical goals of the class can be a little murky at times,” said Nickleson. “I want to see how and where they think about noises and sounds. I’ve also been thinking about this topic for years and there’s always this fear that I’m becoming stagnant and stuck on my own ideas. With noise being such a conceptual idea, I thought that if I kept things as open-ended as possible there would be new ideas coming from the students.”

Another reason behind the idea of noise journals is Nickleson’s observation that a lot of academic work focuses on proving arguments, with not enough emphasis on learning to write comfortably. Student Emily Leavitt found that this exercise helped her rekindle her voice in creative writing. “Writing in a scholarly manner is not a negative way of writing, however it can lead to my journal entries sounding stilted,” she said. “By listening to the sounds around me and jotting down thoughts in the moment, I feel like my observations are more genuine and wholesome.”

Additionally, music programs emphasize listening in a very particular way that is centred on classical music training. Through noise journals, Nickleson provides an opportunity for a listening style that isn’t always taught. “If you can arrive at a place where you find construction noises fascinating, then I think that can be really valuable skill as well,” said Nickleson.

Music and Noise doesn’t always take the form of a lecture. Sometimes classes involve heavy listening or even performances of notable pieces. The class recently executed their own performance of a sound-art piece entitled I Am Sitting in a Room by Alvin Lucier. The piece involves the recording of a text read aloud which is then played back into the room and re-recorded. This happens over and over again. Because of the emphasis of certain frequencies in various pockets of the room, the recording eventually becomes unrecognizable and distorted as the words are replaced with the noises of the room itself. “I think it’s a really important piece as it has canon-based value, but also the hands-on process of learning how it worked internally is worthwhile. We made the room the instrument!” said Nickleson.

The content and direction of this class isn’t seen in every single conservatory. Although a strange concept in comparison with traditional art music canon analysis, Music and Noise can broaden a student’s mind to new and relevant ideas. It requires an open mind and an open ear to fully appreciate its relevance and value.