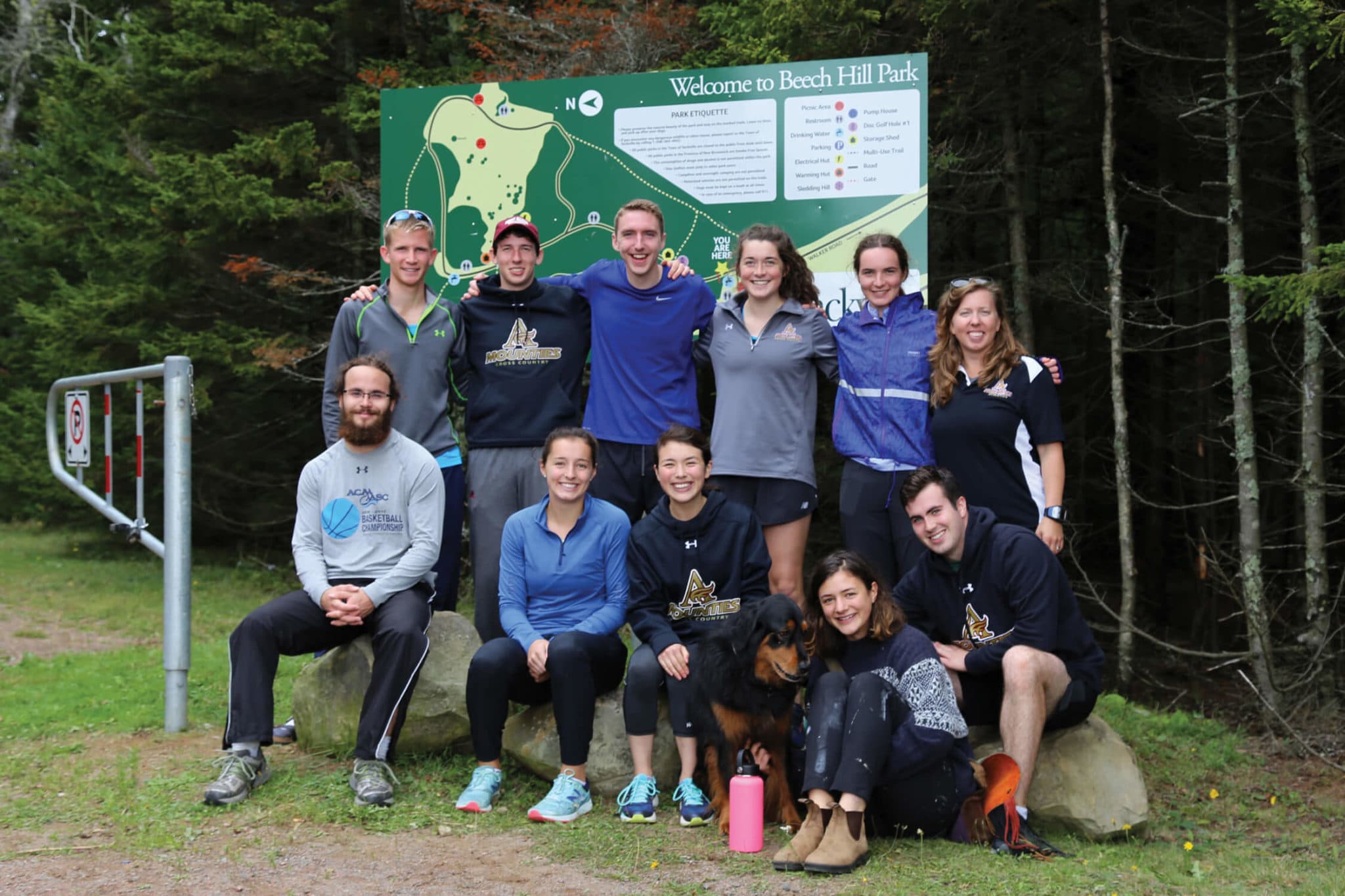 Even as the only club team in their division, Mt. A continues to be competitive.

The Mounties cross-country team has established a strong presence so far this season as a club team competing against nearby schools. They compete against Holland College, Dalhousie Agricultural College, MSVU and Crandall, whose cross-country teams hold varsity status.

At their latest meet in Beech Hill last Saturday, both Mt. A women’s and men’s cross-country teams placed first in their respective divisions.

Isaac Doucette finished second in the men’s team category with fellow Mountie Logan Hunt a mere 8.4 seconds behind him. Mt. A had a total of 10 runners – five men and five women – competing in this meet.

Cross-country running is a short season, lasting only two months in the fall. The teams compete in three regular season meets every two weeks and one championship meet at the end of October.

Claire Pabody has been the head coach of the cross-country team for the past two years and works alongside assistant coach Matt Fyfe, who won gold last year in the ACAA championship.

Pabody ran cross-country and track in high school, continuing her career with varsity cross-country in college. “Ever since high school, I had a wonderful coach,” she said. “I knew I wanted to coach. When I moved up here some of the students that I worked with in the biology department indicated there was a need for a coach. I thought about it and offered to volunteer to do it.”

Unlike the others in their ACAA conference, Mt. A’s cross-country team is club rather than varsity. Megumi Gates, a fourth-year honours biochemistry student, is in her third year running with the club. “I think we get more people out as a club than as a varsity sport because we have people come at all different levels, and it’s their goal to improve themselves and not to match with the top couple runners,” she said. People are invited to run with the team without the commitment of competing in a meet.

“Since we have some returning runners that are familiar with my coaching style and the way that I’m running practices now, I see a lot of toughness in them,” Pabody said. “They’re setting a really great example for the newer runners.”

Pabody is interested in pushing each runner to their own limit and believes each runner is faster than they think they are. Pabody is vocal and “super enthusiastic,” according to Gates.

The team will compete in one last regular season meet in Halifax on Oct. 13 and in the ACAA championships in P.E.I. on Oct. 27.