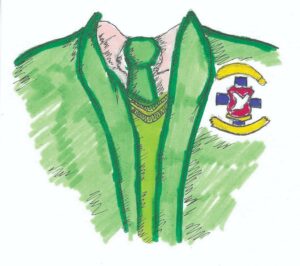 Season 3 of the beloved TV show is absolutely cracker

If you have not watched the hilarious 3-season comedy genius Derry Girls, what have you been doing? Now that the series is done, it is the perfect time to binge-watch the whole thing. The half-hour episodes full of heart and lots of laughs make this a really easy show to watch. It centres around five friends attending a Catholic girls’ secondary school in Northern Ireland in the mid-1990s, during the last years of the Northern Ireland Conflict. Although the setting creates plenty of uncertainty and fear for the characters, the sorrow and seriousness of the show are beautifully married with moments of joy and laughter. The difficult geo-political issues of the background are, to the characters, sometimes just as important as the silly hijinks they’ve gotten themselves into that week.

The heart of the show is its cast of characters. They feel like real, poor, imperfect people. They look like regular teenagers,somewhat of a rarity on teen television. The writing of the show makes the main friend group feel like they could be your friends and like you are at the centre of their worries, actions, hopes, and dreams. Saoirse-Monica Jackson plays the literary-brained Erin Quinn, who acts as the series’ narrator, sometimes to the annoyance of her friends. Louisa Harland plays Erin’s cousin, Orla McCool, a fan favourite. The contrast in the cousin’s personalities can be seen in the last season, when Erin and Orla come to a conflict where they can’t decide on a birthday theme. While Erin wants “literary greats,” Orla insists on “monkeys.” The brilliant Nicola Coughlan, who might be familiar to some as Penelope Featherington in Netflix’s Bridgerton, plays the lovably frenetic Clare Devlin. Clare is a lesbian, and it is heartwarming to see the group constantly sporting rainbow pins in support, a detail that is never outright mentioned. Jamie-Lee O’Donnell plays Michelle Mallon, the most rebellious member of the group. Dylan Llewellyn plays James Maguire, Michelle’s cousin, an English boy who has to go to the all-girls school and is constantly made fun of for his Englishness.

The cast is rounded out by the adults: Erin’s parents Mary and Gerry, Orla’s mother Sarah, Erin and Orla’s grandfather Joe, and, in my opinion, the star of the series: Sister George Michael, the headmistress of the school. She is full of dry wit and quips, but cares for the students and is incredibly cool. During the last season, there is one point where she arrives driving a DeLorean, rocking flip-up sunglasses. The last season also includes a brilliant cameo from Liam Neeson.

Although I personally preferred the writing of season one and two and found the third season a little lost in its direction, the show never loses its heart. The last few episodes definitely have a strong finish. They cover the moms’ stories, love, loss, and the pains of growing up. The final episode is especially poignant, as it takes place around the Good Friday Agreement Referendum that ended the Northern Ireland Conflict. As they all decide on how to vote, the issues start to feel bigger, and the boundless joy of childhood feels like it’s coming to an end.

Derry Girls is one of the most touching, true stories of teenager-dom I have ever seen. It has made me laugh and cry within the span of a few minutes. It’s really just a feel-good show, and I cannot recommend it enough.