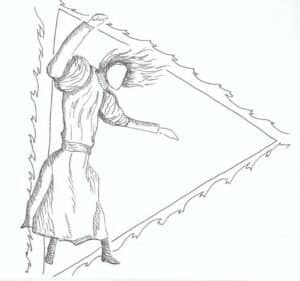 It feels safe to say that anyone using a Netflix subscription has likely experienced the heartbreak of having one of their favourite shows cancelled after only one season.

This happened to me this winter, when it was announced that Baran bo Odar and Jantje Friese’s drama series 1899 was not renewed for a second season.

Baran bo Ordar and Jantje Friese are a married pair of German collaborators who have worked together in the past on projects such as Dark, which began in 2017 and spanned three seasons. Dark received critical success, and is personally one of my favourite series.

A lot of people were excited to see what the pair had to offer with 1899, a multi-language series that the creators hoped to make three seasons of.

Like Dark, 1899 began with a series of sinister events that became increasingly strange until the end of the season where a big reveal was made. The creators planned to have 1899 follow a similar format to Dark, with the first season as an exposition, the second as an exploration of themes and the third nicely tying the series together, answering questions that would surely be posed by viewers throughout the series.

Baran bo Ordar and some of the actors from the series posted on Instagram after the cancellation expressing their sadness regarding the situation.

On Reddit, a loyal group of 1899 supporters were outraged by the cancellation and went so far as to cancel their Netflix subscriptions.

1899 was not the only show cancelled this year. Netflix has cancelled many shows after successful first seasons, leaving fans disappointed and confused. Warrior Nun, First Kill and The Midnight Gospel were others among the many shows that were not renewed in 2022 despite having a loyal fanbase.

Why does Netflix keep doing this? It seems to be a mix of different factors, such as viewership data, the cost of the show, and whether or not the show brings new viewers to the platform.

Reality shows like Too Hot to Handle, or Love is Blind cost relatively little in comparison to big budget dramas. This, along with their extensive viewership, make them more likely to be renewed. However, shows like 1899 also spent significant amounts of time on the “Top Ten” lists featured by Netflix.

It seems as if the criteria used for renewing shows is becoming increasingly selective. This is especially true when past TV trends are considered, where shows with forgettable first seasons (like The Office) were renewed and ended up becoming major hits.

Based on what I have seen on online forums, along with the amount of articles being written about Netflix’s bad habit, more people are becoming increasingly upset about the cancellation of their favourite shows.

Will this stop Netflix from cancelling shows in the future? Who knows. I personally hope that the public outcry will finally end Netflix’s bad habit, so that I can stop feeling heartbroken over the loss of well-crafted, well-liked first seasons.