Student Collegiums return to the Mt. A Music Department 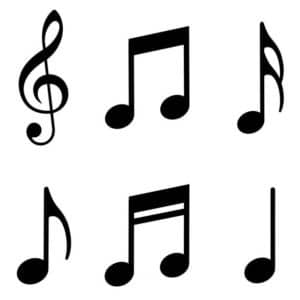 In a year of unprecedented times, a return to some sort of normalcy is a welcome reprieve. For the Music Department, that was this year’s first Collegium Musicum featuring student performers on October 13, an exciting event for all. Personally, it was my first student Collegium ever, which did not enter my mind until I was leaning over to a friend during a break between pieces, and asked where the performers were entering the stage from. Last year, all Collegium performances were pre-recorded and streamed on Zoom.

The energy from a live audience and supporting peers was clearly missed. Fourth year voice major Christina Acton, who conducted one of the pieces performed by Elliott Chorale, said that “it was really exciting to be back at an in-person Collegium of student performances; [they] didn’t realize how much [they] missed it until [they were] there.” Elliott Chorale, directed by Dr. Kiera Galway, performed two pieces: “Jerusalem,” arranged by Michael McGlynn, featuring soloists Morgan Lynch, Clare Lowe, Sarah Workman, and Mélanie Dupuis, and “Lacrimosa” by Calixto Álvarez, featuring soloist Sarah MacLoon. The two pieces were inventive and intriguing, truly welcoming a live audience back to student performance.

This was followed by a performance by the flute studio, including Dr. Karin Aurell, Kristopher Williams, Charles Gagné, Gordon Gauld, Dylan Lewis, and Jacob Kent. They performed two movements from Concerto for Five Flutes in D Major, Op. 15, No. 3 by Joseph Bodin de Boismortier. An instrument you don’t often see, the bass flute, was incorporated in this performance, adding a different timbre to the sextet.

Third-year voice student Annika Williams sang “Laurie’s Song” from The Tender Land by Aaron Copland, a beautiful contemporary aria, accompanied by Jennie Del Motte on piano. Williams said “it was so surreal to have a live performance again! Having the audience there, waiting with the other performers in the green room, and talking to everyone after the concert, I could really feel the warmth and joy in a way that just isn’t the same via live-stream.”

This was followed by third-year voice student Amanda Godin performing a gorgeous rendition of “Abendempfindung” by Mozart accompanied by Isaac Stepaniak. She said that “as it was the first time performing on Brunton stage since [her] first year, it felt quite strange, but nonetheless, [she] was excited. There’s nothing like performing live.” This piece was a collaboration between Godin and Stepaniak, marking the return of student collaborative piano.

The final piece of the show was “No Stopping Now” by Lennie Niehaus, performed by the saxophone quartet composed of Gabriel Theriault, Lindsey Hood, Jackson Higgins, and Alex Cass. This piece was a fun high note to end the concert on, truly echoing the sentiment of the audience after the performance with the idea of “No Stopping Now”. As described by Christina Acton, “[they] had a lot of fun performing…but…had just as much, if not more fun watching [their] friends perform!”