A History of Canadian Hempathy 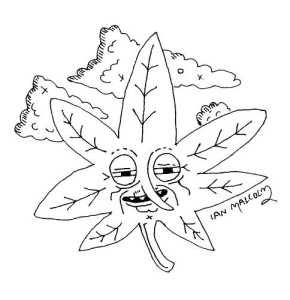 In case you haven’t heard, Cannabis has been legalized in the states of Washington and Colorado. To clarify, when a substance is decriminalized it means that possessing small amounts no longer amounts to jail time, but being caught with large quantities is still grounds for imprisonment. A legalized substance does not carry automatic penalties for possession, but may nevertheless be taxed and regulated by the government. In the United States, cannabis has been decriminalized but never (before 2012) been legalized.

This move to legalization is a part of a seemingly changing attitude towards the legal state of cannabis in North America. Whereas being tough on “illegal drugs” like cannabis was once platform for public election, a poll last November showed that sixty-five per cent of Canadians are in favour of either legalization or decriminalization of marijuana.

Before 1950, Canadians didn’t know much about marijuana. Its use was not visible to the public and arrests for its possession were low. It was during the fifties that youth began to be portrayed as dependent on the drug, and so its use was demonized in the media. The problems associated with addiction became a public issue, and in 1955 the Federal Government established the Senate Special Committee on the Traffic of Narcotic Drugs. As a result of the committee’s suggestions, stricter punishments were levied against those caught possessing any narcotics.

Meanwhile, doctors began to think of addiction as more of disease and less of crime and advocated less prosecution for victims of drug addiction. During the 1960s it became more evident that portrayals of Cannabis users as murderous and lascivious which were prevalent around the time of prohibition were false. In 1969, the Le Dain commission began to submit reports supporting the gradual decriminalization of narcotics; they continued publishing reports to this effect until 1973.

In 2000 a landmark decision changed the medical status of cannabis in Canada. The Ontario Court of Appeal decided in favour of Terrence Parker, an epileptic man whose only medical recourse to his seizures was cannabis. It was declared unconstitutional to prohibit cannabis in Canada without exemption for medical use, prompting Health Canada to establish the MMAR.

The Medical Marijuana Access Registration allowed doctors to prescribe cannabis to two categories of patients: those suffering from multiple sclerosis, HIV/AIDS, arthritis or epilepsy or those suffering from a debilitating symptom of some other medical condition whose treatment with cannabis is supported by a medical practitioner. Exemption from the MMAR used to allow patients the right to grow or designate a grower to supply them with cannabis.

Despite the duties of the MMAR, the Ontario Court of Justice has struck down several attempts to convict on charges of possession, saying that there are no laws ensuring access to cannabis to patients requiring its medical use making the prohibition of cannabis unconstitutional. These decisions effectively removed the illegal status of cannabis in Ontario until laws to ensure medical access to cannabis.

National changes to the legality of pot have been attempted before: in 2002 the liberal government of Jean Chrétien introduced a bill that would have decriminalized possession of small amounts of cannabis. The bill was scrapped when parliament was prorogued, meaning that parliament was put out of session and every bill proposed was erased. Many point to pressure from the US Drug Enforcement Agency (DEA) to delete the bill or suffer decreased imports along the US-Canada border. Because of the prorogation, parliament never voted on the decriminalization of cannabis, leaving the debate unsettled. Another attempt at decriminalization by the liberal government of Paul Martin was struck down due to the no confidence vote after the sponsorship scandal, yet again postponing any real parliamentary debate on the legalization or decriminalization of cannabis.

Recently Matt Mernagh took a case to the Ontario Superior court regarding medical access under MMAR. Mernagh suffers from the debilitating conditions of fibromyalgia, epilepsy, scoliosis of the spine, and a brain tumour that induces seizures, causing extreme pain and partial paralysis. Though he has been prescribed over the counter medicines for pain management, he finds they make him drowsy and unproductive. According to Matt, he tried cannabis in college and it made his conditions manageable. Matt had trouble finding a doctor to sign the necessary forms to allow him exemption under the MMAR, the best he could manage was a note from a doctor saying that cannabis helped with his symptoms. Matt was forced to break the law to get the medicine that he needed to cope with illness.

The court ruled in favour of Mernagh, once again holding prohibiting possession of cannabis as unconstitutional. Justice Donald Taliano gave the Harper government a deadline to fill in the gaps in his administration’s policy, which was extended until July 14 2013. On February 1, the Ontario Court of Appeals ordered a retrial for Mernagh citing errors made by Justice Taliano on the right to possess cannabis.

The issue of medical cannabis access is under contention in other places too. New legalization will reverse the decisions in R v Sfetkopoulos where MMAR patients were not able to buy from the same cannabis purveyor. The changes to the MMAR will force patients to have cannabis shipped to them at nearly five times the price, making medication unaffordable for some.

So what has changed? Throughout the period of cannabis prohibition attitudes and perspectives have shifted about the danger and criminality of cannabis possession. Reasons for prohibition have varied from preventing violent abuse to disrupting criminal cartels to now, where the focus is on preventing corruption of youth and the “gateway” towards harder drugs.

The thing that hasn’t changed is support from the medical community for cannabis as medicine. Consistently, despite what is said about the dangers of cannabis, research and medicine both have supported cannabis for its medical benefits. To this day, no bills proposing decriminalization or legalization have been addressed in parliament. When organizations like the Global Commission on Drug Policy, whose ranks include ex presidents and prime ministers from some of the countries most affected by illegal drug trafficking, tell you that the war on drugs has failed- maybe its time to consider pulling out.