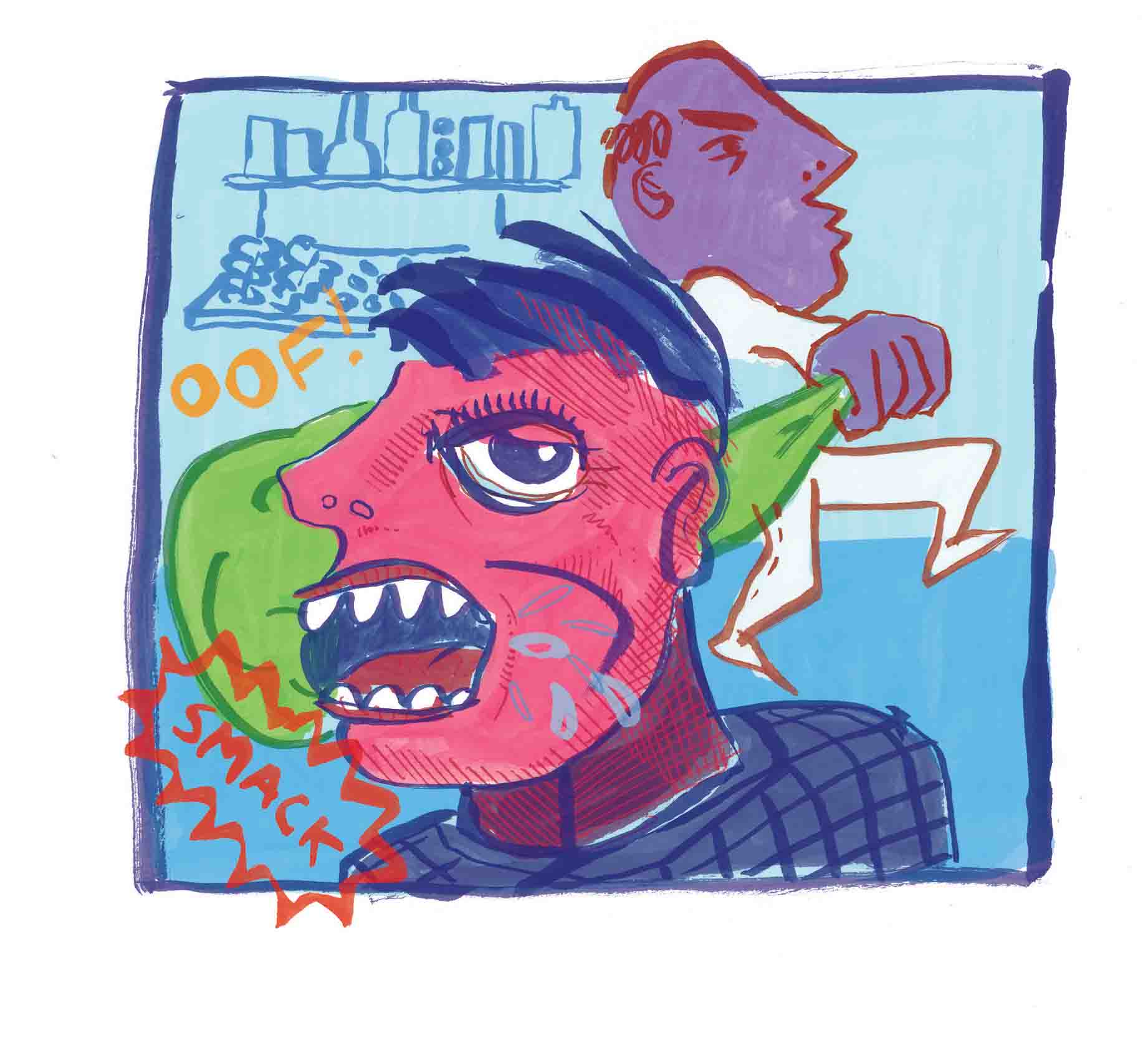 A note to the readership: Alas, our time together has reached its end. But we’ve yet some distance to cover! To refresh your weary memories, this story has two heroes: the young Ralph and dear old Ms. Fannon. The two live in the little town of Lincolnshire. They have been trying to solve the mysterious death of the German aficionado Herr Hansel, who was dropped from a military aeroplane. Local authorities have done nothing to solve the case, but our fearsome duo has made headway. They overheard General Howe admit the Air Force’s involvement in the murder. The General’s brother Denny, owner of Howe’s Grocery Store, used to be in love with Genny Tallrustle, Herr Hansel’s partner. What comes next? Read on, young one, read on.

Ms. Fannon stood with Ralph at the checkout, nervously teetering from foot to foot as Denny Howe bagged her groceries. It was eight o’clock on a Thursday morning, and the grocery store was nearly empty.

“You’re here earlier than usual, Ms. Fannon!” Denny Howe chuckled. “My cashier isn’t even in yet.”

Ms. Fannon, usually a grocery store socialite, could only offer a flat smile in response. Beside her, Ralph’s eyes burned with the fire of justice. His teeth ground together, then slipped apart as he growled, “Neither is Herr Hansel.”

Ms. Fannon shot him a glance – this was not their plan. Howe froze, holding a whole chicken half lowered into the bag. “Pardon me, son?”

“Herr Hansel, Mr. Howe. He’s not here. Like your cashier.”

The grocer dropped the chicken into the bag, turned his chest to face Ralph and Ms. Fannon, and rose to his full height. “Now, why would you say something like that, Ralph? A community has to move on.”

The air between the two men was thick. Ralph noticed everything. The sound of Cheerios being pulled off the shelf in aisle four, the slight rattle of the windows from a semi passing outside, the smell of Brylcreem floating from Howe’s wispy combover.

“Because you killed him, Mr. Howe. I’ve seen it from Olympus! I knows it’s true. Do not lie, do not say the thing that is not. It’s over.”

Howe glared at Ralph, and in one fluid motion he spun counterclockwise, grabbing the chicken-filled grocery bag and swinging it like a mace at Ralph and Ms. Fannon. Ms. Fannon ducked, but Ralph was not as quick and the bag collided with his face, knocking him over. Howe dropped the bag and bolted to the back of the store.

“Dr. Hiskez!” shouted Ms. Fannon. “He’s made a break for the back door!” Dr. Hiskez, Lincolnshire’s overworked, underpaid and much loved doctor/police officer was planted by the dairy fridge at the back of the store. He could see Howe nearing the back door, but was at the other end of the store. Desperate, he grabbed a two-litre milk carton and hurled it at Howe. The milk landed beside the door and exploded just as Howe approached at full speed. He slipped backwards, hitting his head hard on the checkerboard floor. Before he could get up, Ms. Fannon was on him, driving her low-heeled shoe into his neck.

“It’s over, dear Howe,” Ms. Fannon huffed. “We’ll take your attempted escape as a confession. And you can add assault to your list of charges.” Dr. Hiskez cuffed the grocer, and lifted him to his feet. Ralph approached the trio, gingerly feeling his skull. Odin’s beard, that will leave a lump.

“Well, Howe. What do you have to say for yourself?”

“You bastards have caught me,” was all he could mutter, his eyes on the ground.

“Why did you do it?” asked Ralph. “Are you such a selfish monster, you’d rather kill a man than let someone you love go? We know about Genny Tallrustle. Your mother told us.”

At the sound of Genny Tallrustle’s name, Denny Howe broke down. He wailed, sobs heavy like molasses, for five minutes without pause. Ralph, Ms. Fannon and Dr. Hiskez had to look away. Eventually, he quieted.

“I loved her, I love her, everyday of my life. O Genny! Genny, my love!” he broke back into his sobs for a moment, and the three maintained their silence. “I thought she might love me if that freak Hansel was gone. So I killed him. I did. I saw him on the street one evening; he was coming back from the bar a little drunk. We were familiar, him and I. We both sung in the choir a few years back. Tenors, the both of us. So I asked him for a nightcap, and of course he agreed. I fed him shot after shot, and once he was too far gone I strangled him. It wasn’t hard. I don’t think he really knew what was happening.”

He paused here and coughed, eyes still low to the ground. “My brother hates me, you know. He has for years. My father started this shop, and Willy was supposed to inherit it, but pops gave it to me. It was nothing personal, I just had an eye for the dollar. But Willy took it personally, and the arse hasn’t spoken to me in years. So I thought I’d stick it to him, frame him and his Air Force. And teach Genny a lesson. It was simple. He’s gay, you know. Willy is. He’s been with one of the pilots, Williamson, for years now. He’s married, Williamson is. A wife and three kids. No one knows about him and my brother, but I keep tabs on old Willy.

“I drove out to the base the day after I killed Hansel, with the body in the trunk. I asked to speak with the general, my brother. He refused at first, of course, but I said it was an emergency and he came out of his office. I told him what to do, if he didn’t want the whole town to know about him and Williamson. That was it, really. They put the body in the cargo hold, and dropped it right in the center of town.”

Ralph stepped towards Howe, and spat on his shoe. “You are nothing to me, sir.” He turned to Ms. Fannon, and gripped her hand. “Madame, I hold you in the greatest respect. It has truly been a pleasure.” He glanced to Dr. Hiskez, a man of few words, and they grinned at each other.

Ralph walked up to the front of the store and looked out the windows to the park across the street.