A nuanced perspective on the legalization of marijuana 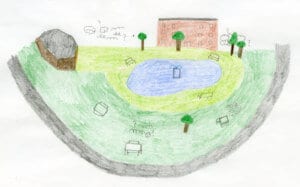 The upcoming legalization of marijuana has led to somewhat of a divide as to whether or not it is a good thing. I do believe weed is something that may be used responsibly. However, I cannot say that I am completely comfortable with its legalization for recreational use, for reasons I will explain in this piece.

Firstly, I’ll start by discussing what I see as positive aspects of marijuana legalization. Currently, the FDA hasn’t approved the drug’s usage because it hasn’t had enough testing due to its being illegal up to this point, and the long-term effects for users past age 25 have not yet been determined. However, that’s not to say that it couldn’t be approved with further testing after legalization. Some people have already found relief in the drug despite the delay. I’ve even heard friends claim that, through experiencing its calming effects, they were able to study better and perform better in school.

Furthermore, we must acknowledge that the legal buying and selling of cannabis products could provide more jobs and fund public services via taxation. It was projected by the Parliamentary Budget Officer that in Ontario alone, $130 to $180 million in taxes could be collected for social spending. Additionally, until 2024, Nevada could provide a cumulative $1.7 billion to workers in the cannabis industry, according to the RCG Economics and Marijuana Policy Group. Hopefully, following its legalization, the stigma around both weed and its users will fade.

Nonetheless, there are two pressing issues that need to be addressed. Approximately 55 per cent of all fatal vehicular accidents are caused by some form of distraction or impaired state. Regardless of what caused the accident – whether it was weed, texting or alcohol – it is a problem that must be resolved, because it is preventable. Despite this, we are seeing something known to impair drivers – that some think isn’t as bad as alcohol or texting – becoming legalized before we see any real advances in addressing this issue.

Secondly, I, along with many others, have a history of lung problems and/or sensitivity to anything scented. For myself, any kind of smoke or vapour is generally aggravating to my throat and lungs, even when experienced in the open air. I’ve had many experiences with clouds of smoke blowing in my face or wafting up to my window and stinking my room up for hours. Ironically, we’ve seen so many people, professors especially, advocating for not wearing perfumes or colognes for such reasons, but there is less mention, from what I’ve heard, of smoky scents that don’t really go away quickly. Considering Halifax’s movement to ban public smoking, we could expect to see more forms of regulation in the future for such reasons, which isn’t necessarily a bad thing.

All in all, I think weed legalization has its pros and cons. I think it will do some good economically and socially, but I do think it has to be used responsibly which, in my opinion, isn’t anything unattainable. So long as people agree not to get behind the wheel high and agree to be considerate of others’ needs, I am content. I am neither condoning nor condemning cannabis usage or its users and if my opinion is faulty, take comfort in the fact that I’m just an opinionated student with no actual power.