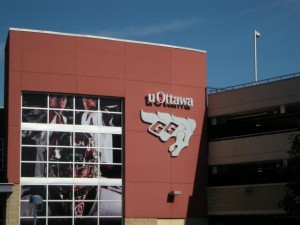 The over-emphasis on the stories of the perpetrators of sexual assault, rather than assault itself or identifying the hardships brought upon the victim is indicative of a systemic problem. Members of the University of Ottawa’s men’s varsity hockey team have filed a $6 million lawsuit against the university for damages to their reputations, due to the administration’s decision to suspend the team following the involvement of two of the players in the sexual assault of a Lakehead University student.

These damages claimed by these players is not the least bit comparable to the pain inflicted by two of their teammates.

Allegations of sexual assault, inappropriate conduct toward women and blatant disrespect for human dignity has been very present across Canadian university campuses this year.

Andrew Creppin, who is currently at the helm of the lawsuit against the university, claims that he dreams of going to medical school and fears that he may no longer “meet a medical school’s ethical standards.” Another teammate has complained that he will not be able to play hockey in Canada after being associated with the sexual assault charges and that he will have to sell his newly bought condo.

It is truly unfair that these are the stories gaining attention instead of the story of the young woman who was assaulted by these players. Where is her story? There seems to be quite a lot of concern for the futures of these team members, but the victim’s story appears to have been swept under the rug.

Other team members complain of stress and anxiety caused by the allegations. Certain players have stated that their reputations have been irreparably damaged. What about the psychological impacts to the victim? How does she feel right now? The players who are complaining about such minor grievances as not being able to play their chosen sport for two years could not imagine the pain and trauma faced by the young woman in question, potentially for the rest of her life.

Sports culture is often associated with rape culture and although it would be easy enough to generalize them as complicit in this culture, some of the blame is shared by the media and the spokespeople for both the team and the university. Particularly, the handling of cases like this contributes to this culture, and doesn’t help the situation.

We are not asking the right kinds of questions. I think we are asking perpetrators of assault questions that do not rock the boat such as these: “How do you think this incident will affect the rest of the team?” or “Did you ever suspect that your team mates could act in this way?” These questions do not give us more information about the victim, nor do they help to explain the context of the incident. Most importantly, these questions do not set up a useful dialogue for the critique of the culture of violence and misogyny that persists in sport.

What needs to happen is a more in-depth view of the incident that includes comments from many different sides of the story. These views could be collected from the victim’s friends, university representatives, experts in the field of violence prevention, as well as researchers. I think what would be most helpful in getting a broader view of the incident and getting the right message out to the public would be a panel discussion between a few of the individuals listed above. This discussion with multiple viewpoints could serve as a starting point for the public to discuss issues of sexual assault within sports and to raise awareness of this issue.

The immense amount of coverage on whether or not the whole team should be suspended, for how long and for what cause, has clouded the real problem lying at the heart of the story: the assault that took place. Very few people are talking about the assault itself and how to put an end to the culture of violence within sports. This is where I think the media has failed the victim and many others like her. Instead of asking questions such as whether or not suspension is appropriate, we should be asking what measures are being taken to ensure incidents like this one are reported and dealt with using a victim-centred approach.