Less Is More: The modern rise of neoclassical minimalism 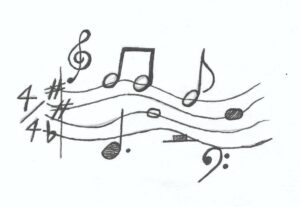 Yes, I know, that title is a mouthful. I’m very thankful it didn’t scare you away as I intend to promptly explain what it all means. Classical music is often thought to be dead. Sure, the odd Beethoven mixtape would keep the swanky aristocrats of the 1700’s entertained, but it died off soon after Robert Moog invented the synthesizer. Right? Well, not really.

Since the 1700’s (and like any art form), classical music has gone through many stylistic evolutions. And while I’d love to walk you through every single decade of this fluctuation, time is of the essence, and I’d like to fast forward to the present-day rise of classical music (I’m probably at Aida’s when you’re reading this, come find me for the full rundown).

Neoclassical music (neo translating to ‘new’, also referred to as Postmodernism) has become very popular in the 21st century in a rather unorthodox manner. While to the naked eye, classical music and contemporary pop music may seem opposite, there was a large influx of ambitious composers in the 2000s and 2010s aiming to approach classical music with a simplistic sensibility, and present it in a digestible, pop music form. While this may seem like a strictly modern-day technique, these composers actually took a lot of lessons from ‘minimalist’ composers, working nearly 200 years before them.

In the context of classical composition, the term ‘minimalism’ can actually be traced back to the Romantic music period of the 1800s. In response to the more complex orchestral compositions of the late-Baroque era, composers sought after a much simpler, melodic, emotion-provoking sound. When looking back at historical music trends, it’s very common to see this type of backlash response. In other words, pop culture (and music) will often move to the complete opposite end of the spectrum from where they just were.

Jean-Michel Blais is an award-winning, revered pianist and composer from Montréal, QC. I spoke with him for an interview in July 2022 regarding the state of classical music today, and the difficulties of presenting it to a wider, more contemporary audience. He is just one subject of a larger movement of modernizing–and as Jean-Michel put it– “de-aristocracizing” classical music. Worldwide, there is an extremely large quantity of solo-pianists and composers continually refining the state of

neo-classical music. Artists like Jean-Michel Blais, Nils Frahm, Joep Beving, Philip Glass, and Alexandra Stréliski continue to push boundaries and grow their global audience by the day. Spotify served as a helping hand to this influx. With the implementation of their playlist curation system, listeners can access new neo-classical artists easier than ever before on aptly-titled playlists like “Soft Piano”, “Not Quite Classical”, and “Feel Good Classical”, to name a few.

Phew, let’s just take a minute to digest all that. I encourage you to check out the artists mentioned in the paragraph above. I could genuinely go on for hours about this topic but I could already fill up a whole column with the amount of times I’ve used the word “classical” in this article. One thing is for certain, the world of postmodernist music is incredibly fruitful, and continues to evolve day by day. If you’re ever trying to impress someone at Ducky’s, whip out some of your new-found knowledge about the evolution of neoclassical minimalism, and you’ll be the coolest kid in town.