Pride week should be every week 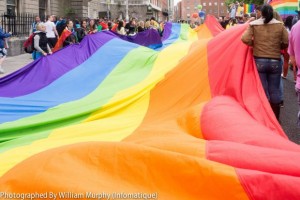 Two weeks ago, Mount Allison students participated in a variety of activities organized by Catalyst. From a bake sale to a movie night to a rainbow flag flying in the middle of campus for the whole week, the entire event was a concerted display of support for a group that has faced much discrimination in the past. As a whole, the event left me feeling like things have really come a long way, even just in recent years.

Want to know what else happened two weeks ago? On Wednesday, a man in Surrey, BC was beaten and kicked while his assailant shouted homophobic slurs. In New Glasgow, NS, a Mt. A alumnus was stabbed and left paralyzed from the waist down. His friends believe that his sexual orientation was the reason for the attack.

Pride Week is a wonderful, well-intentioned event designed to raise awareness and support. Catalyst itself is a valuable organization, and its devoted work should not be discounted.

On a national level, Canada has made significant strides in recognizing and respecting the rights of the LGBTQ community—in July of 2005, we became the first country outside of Europe, and only the fourth overall, to legalize same-sex marriage.

Even more than that, we Canadians generally like to think of ourselves as being exceptionally tolerant and inclusive. I catch myself doing it every now and then: I see some news story about an organization like the Westboro Baptist Church in the United States and a small voice in my head says, “Oh, that would never happen here. Not in Canada.”

Keeping all of that in mind, it is difficult to figure out how incidents like the two described above fit into our nationalistic self-portrait of being ‘socially progressive.’ If we as a country were truly tolerant and inclusive, this sort of attack wouldn’t happen. Certainly not twice in one week.

Of course, there will always be those extreme individuals who will never accept people with different lifestyles, beliefs, or opinions than themselves. As long as these people are the exception and not the rule, we can maintain a functional society—maybe even a ‘socially progressive’ one.

But while the incidents themselves are indeed unnerving, it bothers me even more that—during Pride Week, of all times—these two unfortunate events were not big news around the Mt. A campus. I think they aren’t receiving enough amounts of journalistic coverage anywhere, but that’s part of the problem. People seem to think that attacks like these are a thing of the past.

And really, the past is what most of us focus on when we see events like Pride Week, not the present or the future. We think about how bad things have previously been for the LGBTQ community and compare it to today, and it seems like the fight is over. Even worse, when Pride Week is over, many of us allow the issue to fade to some distant part of our brain.

It may sound clichéd, but every week should be Pride Week. The struggle for LGBTQ equal rights and equal treatment is not a fight that we have won as a country or as people. It’s an ongoing fight, and it should be treated as such.

So even though the rainbow flag is not a permanent fixture and there won’t be another bake sale this coming Monday, don’t let Pride Week end. True, lasting social change is not inspired by single events. Not unless we, as individuals and as a society, follow through and make it clear that we won’t settle for anything less.