1993’s ‘The Nightmare Before Christmas’ 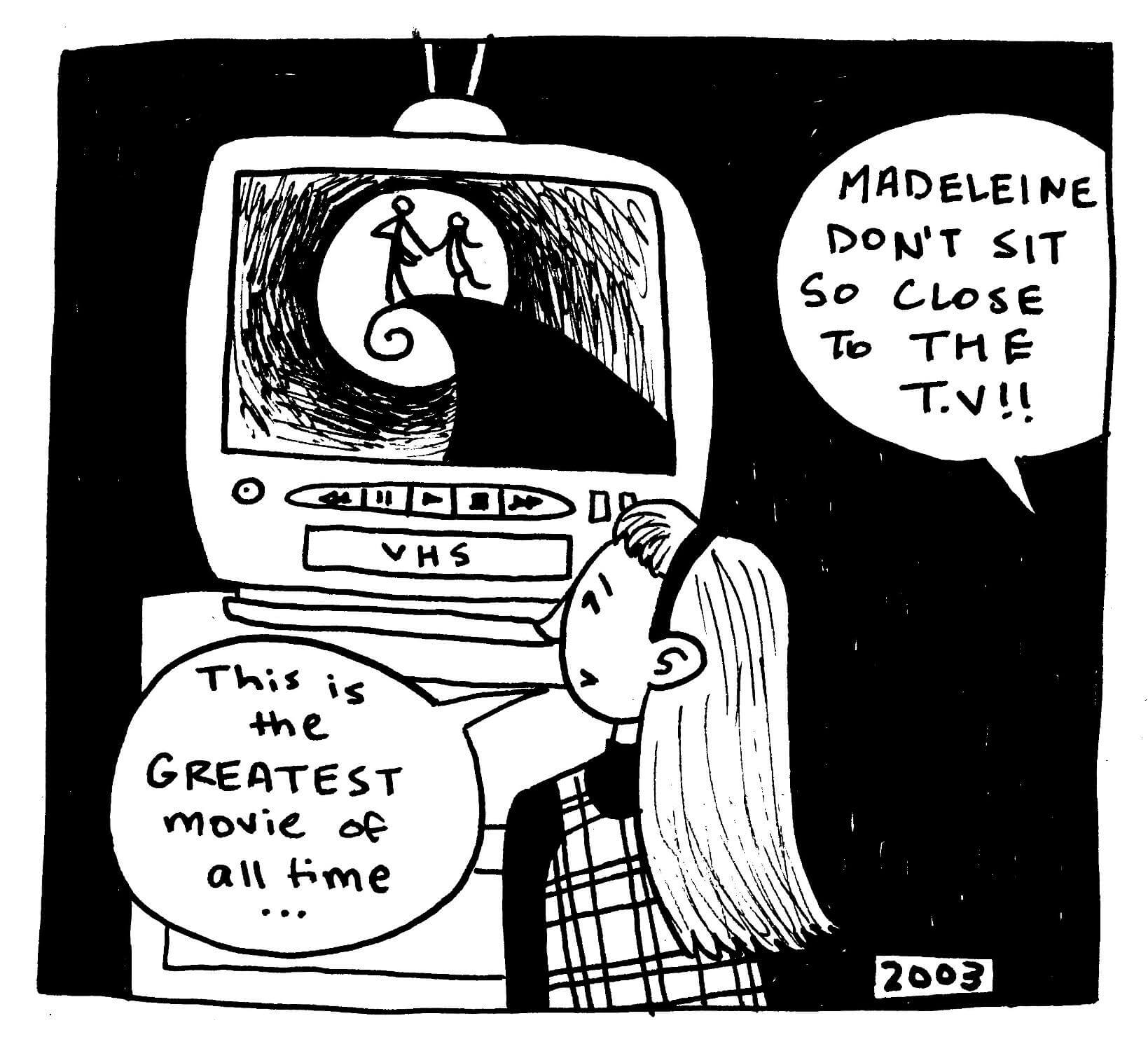 Deceptively dark, no matter which holiday it applies to

In the pop culture vortex, Tim Burton is a name that brings to mind images of zombie brides, Johnny Depp as Willy Wonka, and Jack Nicholson’s Joker. The Nightmare Before Christmas was Burton’s first mainstream animation success, and has since become a cult classic, especially since many people view it as a Halloween movie, a Christmas movie or both. It’s an ongoing debate that’s never come to a general consensus, even though director Henry Selick has said in the past that it’s intended for Halloween. That means now is the perfect time to watch it, even if spooky Burton himself was not the director though he did create the story and characters as well as produce the film.

Believe it or not, I had never seen The Nightmare Before Christmas before watching it for this review. I love 2005’s Corpse Bride, I’ve seen Charlie and the Chocolate Factory more times than I can count, and Burton’s take on Alice in Wonderland from 2012 was darkly brilliant. It’s not that I don’t know what to expect when it comes to a Tim Burton movie, especially one that has as much merchandising has this one (most likely because it’s a Disney-owned property). It had always been one of those movies that I’d meant to watch and never had until now. I’m sad to say I didn’t instantly fall in love with it.

The concept itself is interesting: each holiday has its own town, where those affiliated with the holiday reside. The leader of Halloween Town is Jack Skellington (Christopher Sarandon), who has become disillusioned with his holiday and finds himself in need of change. When he stumbles upon Christmas Town, Jack discovers a new lease on life and recruits the members of Halloween Town to put on their own version of Christmas despite the warnings of Jack’s love interest, Sally (Catherine O’Hara), a sort of Frankenstein’s creature/doll hybrid who keeps having to tell people that Jack’s plan is not a good one.

The film is done with stop-motion animation, and while it does harken back to the older stop-motion Christmas films like Rudolph the Red-Nosed Reindeer, this version of stop-motion is not only more advanced than Rudolph, but also features Burton’s signature gothic twist. The inhabitants of Halloween Town are genuinely creepy, and I found myself being just a little scared of many of them when they were all introduced in the film’s opening number. However, there are some moments in the film where its stop-motion isn’t as fluid as modern stop-motion animation like Kubo and the Two Strings or Coraline, which takes you out of the story, if only just for a moment. For 1993, it was innovative. For 2019, it’s still a beautifully made film, but it lacks just a little.

As far as story execution itself goes, I also felt a little let down. The film’s main villain Oogie Boogie, a character who many regard as the scariest villain from their childhoods, is only really introduced halfway through the film and is, in my opinion, under-utilized. Sally’s creator, a slightly more demented Dr. Frankenstein character, is extremely protective over Sally and wants to keep her locked away, but never explains why. Even Jack and Sally, the two lead characters, don’t spend that much time together until the third act of the film. The film does what it has to do in a runtime that’s just over an hour, but I wish it had run  a little longer so they’d had more chances to answer some of the lingering story questions that I had while watching.

For the music, there are three songs that people really know: This is Halloween, What’s This?, and Kidnap the Sandy Claws. The first two I knew going into the film, was prepared for, and was not let down by, mostly because I was glad to finally watch them in context instead of just listening to the songs themselves on YouTube or seeing them in meme format. I knew the basic premise of Kidnap the Sandy Claws going into the movie, but I had never listened to the full song. Especially in the context of the movie and seeing the scene that accompanies the song, I couldn’t help but feel a little disturbed. These are children, singing about how they’re going to kidnap Santa and bury him alive for almost a hundred years! How is this meant to be an animated movie for children and families?!

I kept asking myself this for the entire second half of the movie. Yes, the film does have a decent message about how sometimes change is good so long as you can go back to what you knew before, but the images of demented toys attacking children and Santa in a casino-like torture chamber will stick with me. And maybe that’s what Burton was trying to do. Maybe he was trying to warp the perception of Christmas for people so that Halloween could be better appreciated.

One of the lyrics in This is Halloween says that “Life’s no fun without a good scare.” While this is true, I think for my own sake, I’m going to keep the two separate. I prefer my Christmas-themed media without skeleton Santas, thank you very much.