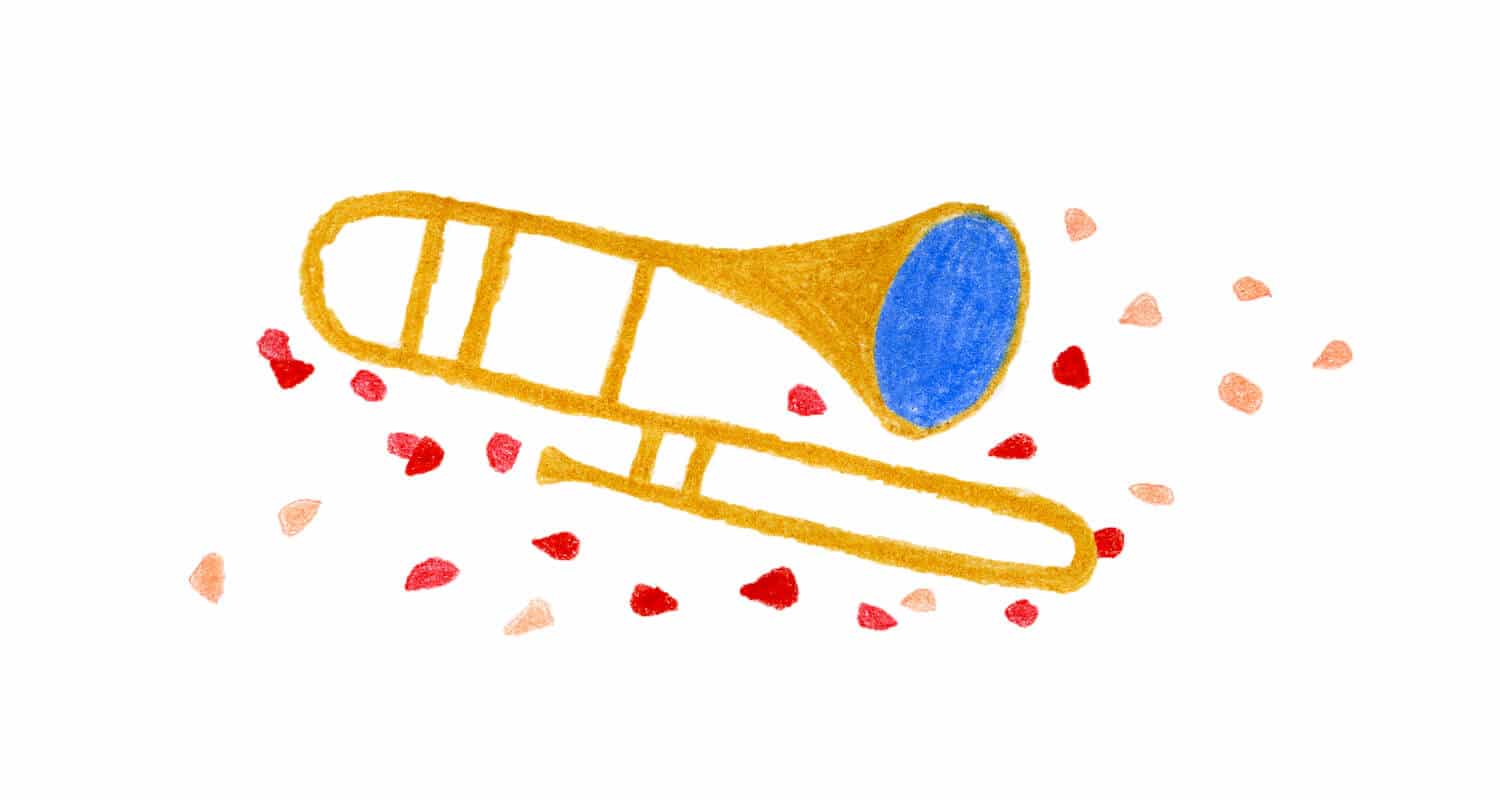 A faculty recital makes the case for the Trombone’s glory

As I sit in Brunton Auditorium, it strikes me that it might be the nicest room on campus. Convocation Hall is too big and impersonal, especially compared to Brunton’s intimacy and soft lighting. It’s early afternoon. Sunlight streaks through wooden blinds and across the theatre. Music students flood the room shortly before the show begins, excitedly chattering about music’s many complexities. The performer takes the stage, raises his trombone, cues the pianist, and plays his first piece: Deux romances, L. 79, No. 1, L’âme evaporée et souffrante. Then, he makes a few music jokes that fly over my head and talks about transposition and brass instruments. I’m in deep music department territory without a map; good thing I grabbed that program.

I read the basic info about the event. Who? Dr. Dale Sorensen (trombone, alto trombone, euphonium) and Jacqueline Sorensen Young (piano). What? Romancing the Trombone, a music department recital. When? Sunday, Sept. 30 at 3 p.m. Where? Brunton Auditorium. Why? The trombone, of course.

This instrument, it turns out, is a black sheep in the tradition of solo performances. It became a sort of running joke throughout the event that most music being played was not intended to be trombone-oriented. “[The trombone] is not what you would consider a solo instrument,” Sorensen would later tell me. “Even the best trombonists in the world aren’t that well known. They don’t attract people to a concert.” Despite this, however, Sorensen said he was happy with the turnout. “That’s sort of one of my missions with the trombone, to try and present it in a way that people will think of it as a valid solo instrument.”

If Romancing the Trombone is any indication, it seems his mission is succeeding. The crowd’s attention was rapt from start to end, and in between songs you could mistake Sorensen for an instrumentally themed stand-up comedian, given how well his jokes were hitting. The performance itself consisted of nine pieces, all of which had “romance” in the title. These pieces were not written for the trombone, but instead were transcribed from their original form into trombone pieces. To explain this choice, Sorensen simply said, “We need to play good music even if it wasn’t meant for us.”

Romance, as explained by Sorensen, isn’t necessarily a genre of music, but a movement whose purposes lie beyond technical mastery. As he put it, “Romantic music is more about expressing feelings.”

This became clear as, by the end of the 90-minute show, the audience had felt all kinds of feelings. Sorensen and Young took us through the age of Romantic music and into modern examples of the movement, with pieces dating from both the 18th and 21st centuries as part of the program. The inherent value of live performance makes going out and listening to classic songs, such as the ones Sorensen played, worthwhile. As he explained, every performance is changed by the musician playing it. “The sheet music is really just the notes – the framework or guide. The music is what happens in the air when the performers interpret what’s on the page,” he said.

At the end of the day, Romancing the Trombone was, by its nature, a one-of-a-kind experience. That trombonist will never again play those songs in that way to that audience. Taking some time out of a lazy Sunday to feel music written in another time reach us through the ages is meditative and valuable, and certainly worthwhile to anyone interested, especially you Mt. A students who can enter concerts at Brunton for free. Hearing songs composed by people who died centuries ago played by an instrument they didn’t plan for in a comfy venue on a casual afternoon demonstrates exactly how culture develops: not through some inscrutable hive mind, but by someone trying something a bit different.