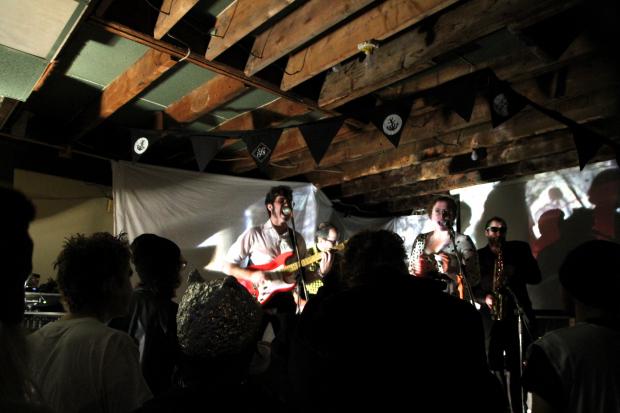 One of the most iconic fixtures of culture in Sackville has closed for regular business hours. George’s Fabulous Roadhouse had its final regular night last week and is now to be closed except for booked events.

“George’s is closing down for regular business just because no one has been going to the meals—the breakfast used to be popular but now it’s just five or six people showing up,” said Darren Wheaton, the owner of the bar for the last seventeen years, who sat down with the Argosy earlier this week.

“It’s cyclical. Students will be right into bands for quite a bit. Then that group of students leave and next group of students come in who aren’t as into the live music as much. This group is starting to come around but just a little bit too late for George’s,” Wheaton said.

Planned events are still going to be running there for the foreseeable future. This weekend will be a busy one for the bar. The Tantramarsh Blues Society will be hosting famed blues guitarist Guy Davis there on Friday, April 11, the final day of regular classes for the Winter semester. This visit will mark the fifth time that the New York acoustic blues act has played his music at the venue with various types of support since the birth of the Blues Society in 2001. The annual CHMA programmers’ party will be at George’s the following evening. Other events that are sure to prompt the bar to open include SappyFest which nets huge crowds each summer, and George’s annual Boxing Day bash which brings in upward of three hundred people through the door over the course of the night, and private events around the community.

The Roadhouse has a long history. The building itself was only turned into a bar in 1970 but was built in the early 1900s. Originally it served as a hotel, called the Colonial Inn, located next to the train station so as to capture the most amount of travellers’ business. The hotel was converted into apartments before the top two stories were torn down in the mid-seventies. Since then it has undergone massive changes but has been open since 1970 as a bar in one form or another, aside from the occasional closure.

“When we started off, we tried to figure out what we would do to get the students down there,” Wheaton said. “Then I came up with the idea of doing live music because there was no one really doing it about seveneen years ago. It worked out well.”

Over its years of operation, the bar has played host to the Sheepdogs, the Weakerthans, Eric’s Trip, Said the Whale, Shiny Toy Guns, the Constantines, and a slew of other performances, making it far and away one of the most prolific venues in town.