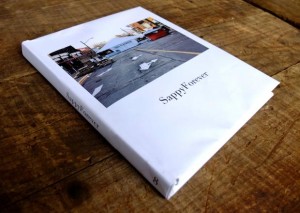 The wait may finally be over for supporters.

Last summer, I was fortunate enough to have been able to attend what was the eighth edition of Sackville’s beloved summer music festival, SappyFest. I fell in love with the festival, and what it means to people around here, immediately.

It the big festival in a little town saw Bridge Street closed off to traffic, as the main stage and vendors took up much of the street. Acts like Chad Vangaalen, Joel Plaskett, and Shotgun Jimmie graced the Bridge Street stage. I could not have thought of a better way to finish off the summer of 2013 before heading back to school.

However, the future of Sackville’s music festival came into question following the end of last year’s festival. After eight years of putting on the music festival, SappyFest organizers were confronted with a rather large budget deficit, which made it unclear as to whether the music festival would ever be put on again.

SappyFest answered this looming question with the launch of an Indiegogo campaign, which debuted with the promise of a coffee-table book, SappyForever. The book was said to be a compilation of photos from throughout the festival’s history. A minimum donation of $100 to Sappyfest’s campaign guaranteed donors a piece of the limited run. Sappyfest organizers were able to sell all their books, and the Indiegogo campaign was a huge success, meaning the beloved festival would continue.

However, one question remains for many: ‘When the heck are we getting our books?’ Now, that question been answered as well. By way of their Facebook page and out of the blue, Sappyfest issued a statement last Thursday:

“Hello folks, we are happy to announce that the SappyForever book is at the printers and will be in our hands in a few short weeks, barring any major technical issues. … The book took a lot longer to produce than expected, but we’re sure it was worth it. Thank you again for your patience, and always, for your support,” the statement read.

Expect the launch of the book in the not-so-distant future, and mark your calendars for Sappyfest nine, which is set for August 1-3 this summer.