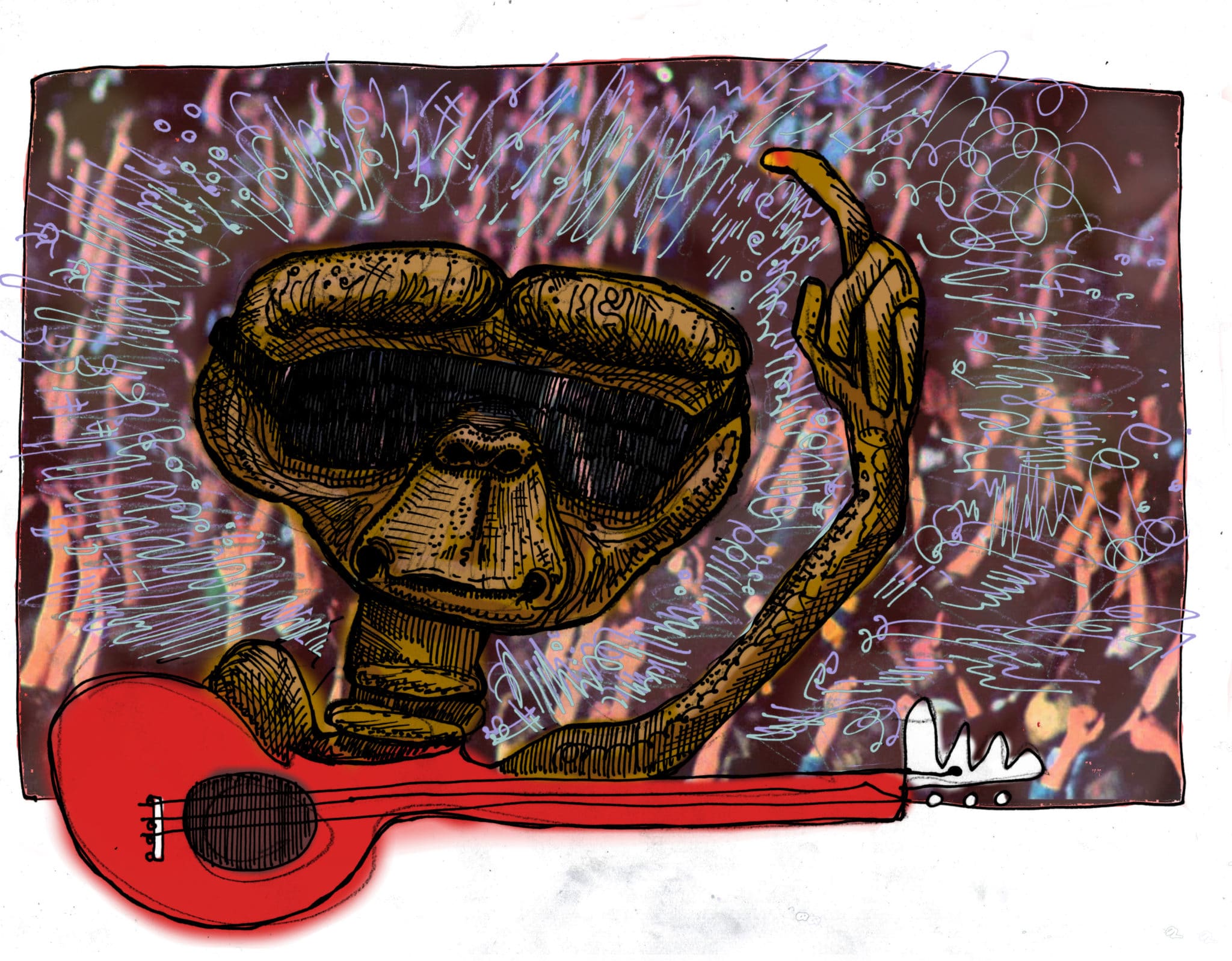 From folk to jazz, Edwards and Thornton  played host to music that was out of this world

Last Saturday night, Tweedie Hall was filled with the hustle and bustle of musicians trying to cram in last-minute practice before the Edwards-Thornton Coffeehouse. Through the noise, one could pick out saxophones, acoustic guitars and, much to my surprise, bagpipes.

After Edwards president Graeme Zinck gave the one-minute call, attendees and performers filed to their seats. Co-MCs and childhood friends Talon Simon and Thunder Nevin took the stage, where they showcased their easy chemistry by exchanging quips and jokes throughout the night. At one point, Talon began a knock-knock joke.

Thunder was promptly handed a napkin. Before long, they introduced the first act of the night.

The Sharks, an instrumental quartet, took the stage. They began with a high-energy arrangement of Seven Nation Army, followed by Chameleon, a funky jazz classic featuring melodic trumpet and baritone sax solos. After The Sharks’ act was a ukulele arrangement of Travelin’ Soldier by the Dixie Chicks, and then a moving cover of the traditional Scottish song The Parting Glass.

Next up was Clare Maguire, a lifelong performer and recent songwriter who performed three songs: My Love Goes Free, Olivia and an original titled Rosemary and Thyme. “It’s about missed opportunities!” she exclaimed about the last. She then jumped into a bittersweet piano-driven piece about a former love, singing “You were almost mine, rosemary and thyme.”

When asked about her performance, Maguire said that “sometimes it’s nerve-wracking, other times there’s just a nice, calm energy around the room. I think coffeehouses are a lot more chill, so [performing] wasn’t too bad.”

Narissa Gallant performed a stunning a cappella cover of Hushabye Mountain and an impromptu encore of the Irish ballad Danny Boy. Tyson Miller impressed the audience with an original titled Back Home Memories, a vocal and acoustic guitar piece with a folksy feel. Other performances included a bagpipe solo by Matthew Mora and a powerful rendition of Times Are Hard For Dreamers, during which a few members of the audience began waving their cellphone lights in lieu of lighters. Sadly, the trend did not catch on.

All in all, the event struck an interesting balance between rehearsed and impromptu. The pieces were clearly polished, yet a sense of ease and comfort permeated the room. It was clear these musicians were skilled, but also here to have a good time.

The Mt. A Jazz Septet closed the coffeehouse with a funky cover of The Chicken. After the performances, guests were invited to attend an ET-themed party in Gracie’s and the Pond.

“It was crazy to see so much talent in one spot,” said Nevin after the event. He mentioned that he particularly enjoyed the Septet’s “really crisp music.” As he quipped earlier on stage, the event was truly out of this world.