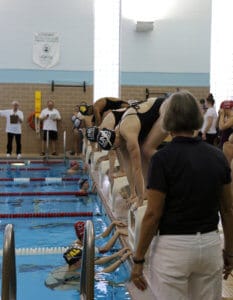 On Nov. 3, the Mounties swim team competed in their own pool for the first time in 15 years. They hosted teams from UNB, Dalhousie and Acadia. These teams have already completed once this season, at Acadia, and the season holds three more swim meets, all at Dalhousie.

John Peters has been coaching swimming for 22 years at Mount Allison. He said that holding the event at Mt. A again is something that they would need to discuss with the other teams, since there is not much room for warm-ups and cool-downs at the Mounties pool facility.

According to Peters, the team did as expected at this weekend’s meet. “The real test will be when we go to Dal,” he added. The swim season is split into two sections, just as the school year is split into two semesters. They train for two big meets, one at the end of November and one mid-February.

Assistant coach Breanna Rothfuss is looking forward to seeing the Mounties compete again in two weeks. “They’re going to be well rested, so their times will change. [They’ll be] a lot faster,” she said.

Both coaches agreed that Maddy Henry, a fourth-year commerce student, stood out at this meet. Henry finished second in the women’s 100-m backstroke, with a time of 1:07.55, just three-tenths of a second behind Isabel Sarty from Dalhousie. Henry also placed fourth in the women’s 50-m backstroke.

Henry said that this season will be about rebuilding the team: “We lost a few key members over the past couple years, but we have been able to get in a lot of rookies.” At Mt. A, swimmers are in a four-year program just as with academics, Henry explained. “You’re not expected to excel in your first year, even though people do,” she said. “You’re expected to grow over the four-year program.” 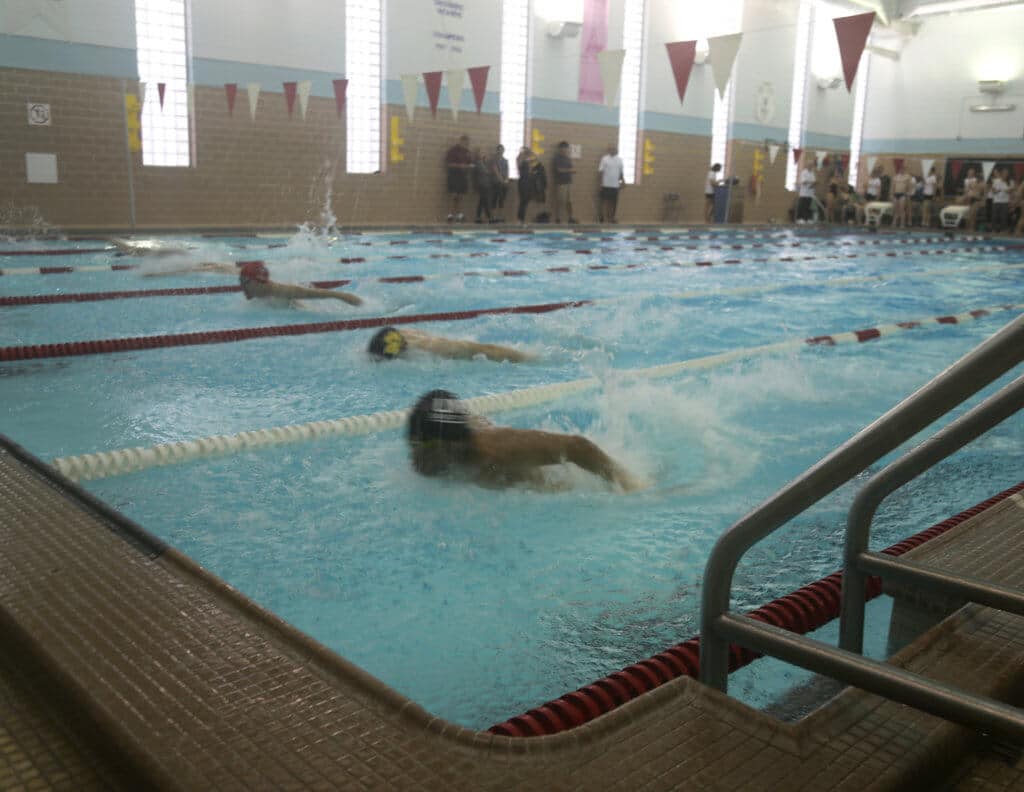 The men’s swim team has a history of being smaller than the women’s team. This year, there are seven men on the team. At this meet, Oliver Keith, a first-year philosophy, politics and economics student, finished third in the 100-m men’s breaststroke and Iain Crowell, a fourth-year environmental science student, finished fifth.

Since AUS regulations state that athletes are eligible to compete for five seasons, some Mounties have been able to swim one more year after graduating. Olivia Feschuk swam four years for the Mounties before graduating last year. Feschuk has moved on to study at Dalhousie University and is now swimming her fifth and final season with the Dalhousie Tigers. Feschuk finished with the fastest time, 1:17.27, in the women’s 100-m breaststroke in her return to the Mt A. pool.

The Mounties swim team is back in action at Dalhousie University from Nov. 16 to 18.