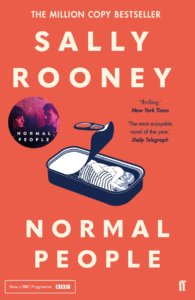 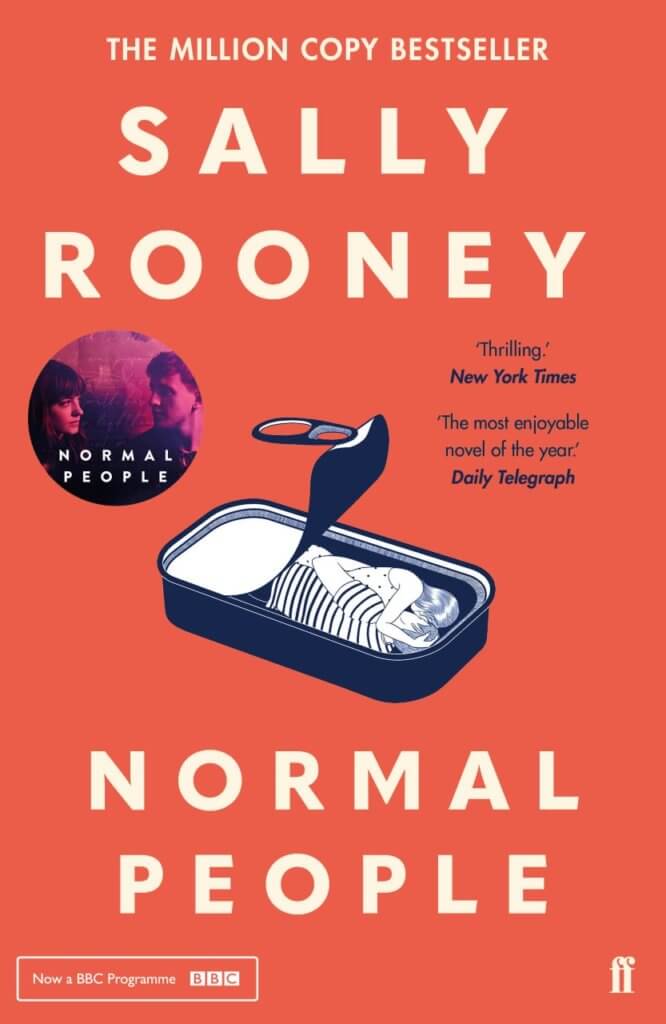 In my early teens, I spent hours locked up in my bedroom, endlessly reading books and series within days of purchasing them. I was a self-described “Rory Gilmore” who wouldn’t leave my house without a book. As an English student, I spend a lot of time reading but rarely for pleasure. The main problem being that I haven’t found a book that interested me. At thirteen, I could easily pick up one of the classic YA dystopian novels found in the Chapters teen section and it would immediately take me into another world. I have been missing this and found the experience again in Normal People

Named “a future classic” by The Guardian, Normal People by Sally Rooney was published in 2018 was something I have had on my reading list since I first heard of it. I picked it up in early January and finished it the day after purchasing it.

The book starts in the fictional Irish town Carricklea with main characters Marianne and Connell finishing their last year of high school. The book follows the story of these two characters through their time together, their time apart, and how it shapes their relationship. The story jumps through time, starting in 2011 with chapters that are usually a few months apart. After years of back and forth, the story concludes in 2015. Although many of the characters’ stories are  unseen, the book never feels confusing or vague. It is a quick, fairly straightforward easy read that would be suitable for a majority of adult audiences. Romance is relatable to most in a variety of different ways. This books depicts unrequited love, trying to get back together with an ex, love between different social classes, love between teenagers and adults plus much more most readers would be able to find something they can relate to.

As suggested by the title, the book avoids an unrealistic portrayal of the human experience. The romantic scenes are subtle, avoiding an over-the-top grand gesture that many teen movies tend to include. The characters feel real, and their experiences are relatable. Nothing about them is too overdone or unrealistic. Rather than having a dramatic, often stressful climax, the book seems to be consistently thrilling, mostly focusing on the relationship between the two characters avoiding filler scenes that I often skim through. This is something I really appreciated. The storyline was interesting enough that it did not need side plots that can often confuse the reader with an abundance of names and conflict.

I find that content abundantly found in our society, whether it be print or film, tends to be too thrilling for my taste. The world is filled with so many interesting stories, whether they be true or fiction. Creators add in extra thrill to keep the audience hooked. I read and view content to relax, not to be on the edge of my seat all the time. The life of a full time student is stressful enough, so I would avoid watching an intense car chase. If you are like me and are looking for something a little less intense but just as engaging, I would definitely recommend this book for you. If car chase scenes are what you live for, I do not think this book would be a good fit for you.

The book was recently adapted into a twelve episode limited series in April of 2020, which I bought on iTunes after reading the book. I plan to review the series once I finish viewing If you’re intrigued by the story but don’t enjoy reading, I suggest you watch the series. If you’ve already read the novel and want to read more from Rooney, she has another book called Conversations With Friends, which I plan on reading in the near future. As mentioned previously, this novel impressed me in a way that I haven’t experienced since my early teenage years. Therefore, I am incredibly excited to read more by Rooney and see what else she can impress me with.

I accidentally deleted Peter’s last comment but I tried to incorporate some of his feedback within the piece. I tried to summarize more with the romance sentence at the end of one of the top paragraphs i just wanted to avoid spoiling more than the blurb found at the back of the book does. I wanted to respect that maybe the author wanted it to be kinda mysterious going in idk.