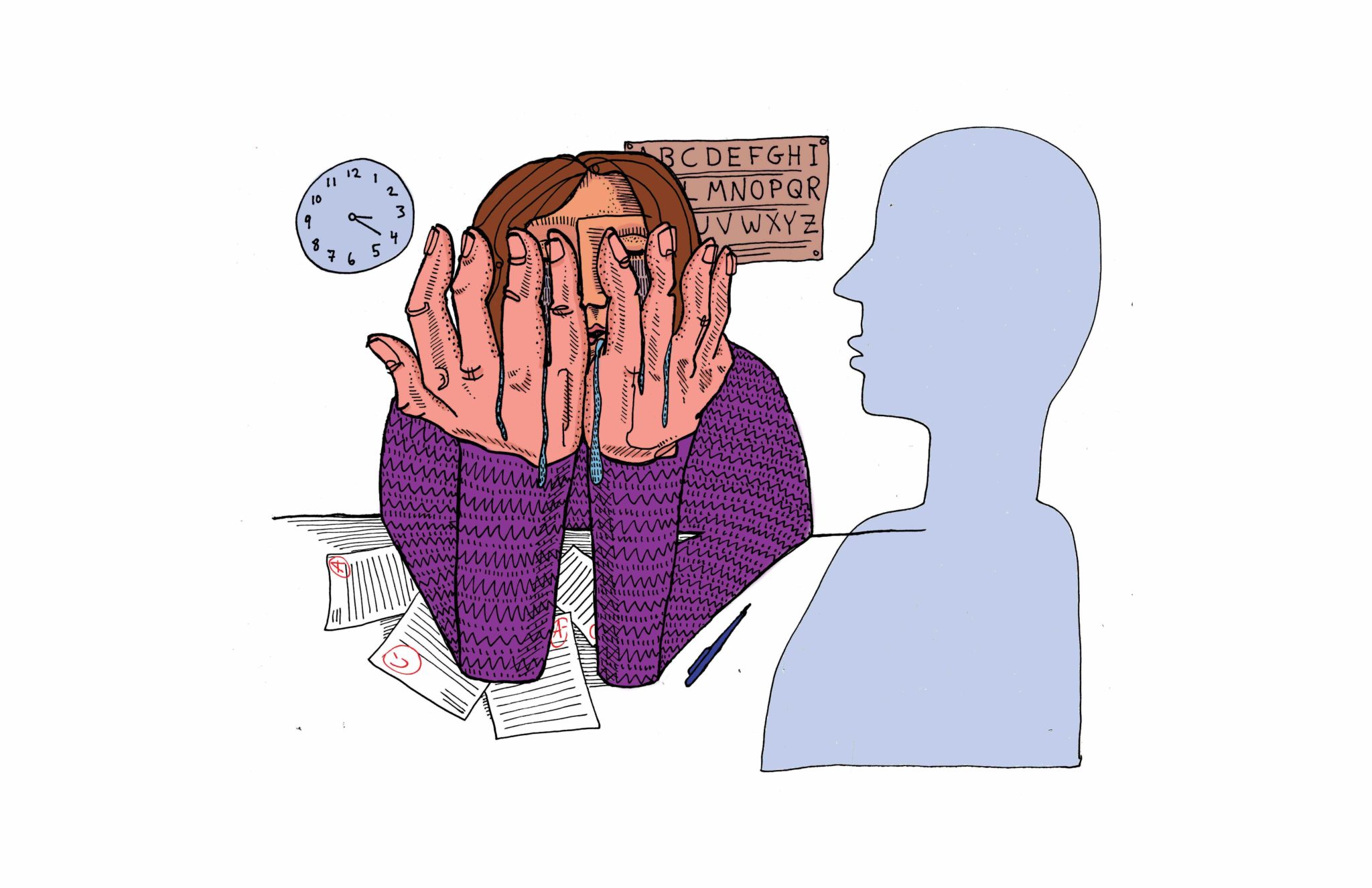 Ralph’s head jolted up from its desk. “Here!” he blurted out with an impolite amount of volume and exasperation.

“Excuse me, Ralph?” Ms. Tallrustle countered with uncharacteristic indignance. “That tone of voice is unacceptable!”

“Sorry, miss,” Ralph said, instantly regretting his slip. Embarrassed, he could only look at the floor as he said, “I didn’t mean anything.… I was just thinking.”

“Well you can think some more after school – in detention!” And with that she continued with the morning attendance (done from zed to A on Thursdays).

Blundering goatbeards, what has gotten into her? Ralph looked across the room to Jemima, his closest friend, who offered a sympathetic shrug and followed up with a text: “wamps dude. stubbed her toe this morning?”

Similar incidents occurred as Ralph’s day wore on. He tripped over a ninth-grader crouched to tie her shoe, walked into the wrong classroom twice, and, in history, stared blankly through Mr. Seaforth as he asked Ralph the date of the Kristallnacht. Ralph had been lost in thought the entire week. His mind was full of questions about Herr Hansel, and spent hours concocting elaborate scenarios of the events leading up to the man’s death.

At the 3 p.m. bell, he wove his way against a sea of bodies pouring out of the school, and arrived at Ms. Tallrustle’s door for detention. It was slightly ajar, and he was about to knock when he became aware of some sobbing, by no means unrestrained, coming from within the classroom. Ole Bill’s at it again. Typical. But as he listened closer, Ralph recognized that the tears didn’t belong to Bill, the boy who, since kindergarten, seemed to cry to a teacher at every opportunity. In fact, the sobs – and the pitiful muttering between them – clearly belonged to Ms. Tallrustle. Feeling awkward, Ralph turned to walk away but, almost by their own volition, his feet kept him glued to the spot. Hardly aware of what he was doing, Ralph spun back around and quietly slipped into the room.

“Ralph! I forgot you were coming,” Ms. Tallrustle said, quickly trying to compose herself as she swept the pile of tissue on her desk into a trash bin.

As if possessed by some divine presence, Ralph coolly paced across the room and sat down opposite his teacher, facing her directly. Pallas Athena, what am I doing!?

“What is the matter, miss?” he whispered gently. “Tell me.”

She stared at him a few seconds, and broke back into tears under the soft intensity of his gaze. “Herr Hansel,” she said. “I loved him. I loved him… and… and… it’s my fault he’s dead!”