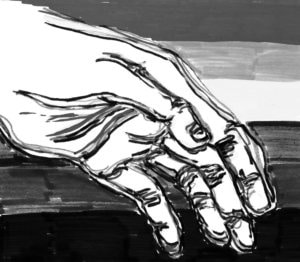 Full confession: two years ago, at Sackville’s first Pride Parade, I gave a speech. It was nothing radical nor memorable. I write today to change my tune. My activism, my queerness and my politics have changed so profoundly from that moment that I no longer know the person who was so happy to be accepted at Mount Gay.

I now understand that queerness is more than sexuality or gender identities. It is an all-encompassing, dynamic, political-personal-theoretical outlook centred on rejecting, challenging and changing mainstream understandings of bodies, relationships and politics (this is still much abridged). When I found my queerness, I shed every part of me that felt like it was seeking to conform for straight approval. This is what Sackville Pride needs: to find its queerness.

This year’s Pride had many shortcomings: a problematic history lesson on Pride, continued police/security presence and a questionable focus on celebrating allyship. These pose serious obstacles to Sackville’s Pride ever becoming queer and must be challenged.

During the speeches, a highly abbreviated, whitewashed and linear history of Pride was told. The narrative of linear progress (“look at how bad things were and how far we’ve come, we can marry!”) is harmful as it ignores the plurality of queer existence and resistance that has and continues to defy homonormative standards of “progress.” This story also neglected to pay tribute to the lives of trans and queer people of colour like Marsha P. Johnson, Sylvia Rivera and Storme DeLarverie who we have to thank for giving us our riot-turned-parade.

Perhaps that negligence was purposeful to avoid drawing attention to the fact that our parade was (still!) lead by police. This is a direct offense to not only our aforementioned Stonewall forbearers, but also to those in our community and around the world who experience dually oppressive racist and homophobic police violence. As queers we need to stand in solidarity with groups like Black Lives Matter against the police state.

I would like to preface the following critique with this: I have the utmost respect for the late Rev. Eldon Hay and his contribution to the community. However, as an actual queer person, I was thoroughly offended at a straight white man being the focus of so much of this year’s speeches. There is a time and place to pay respect to allies, but this was neither. Pride is about centring the queer community. It’s about acknowledging our pain, giving us visibility, hearing our stories. The A in LGBTQIA2S+ does not stand for ally. During the moment of silence, I remembered those lost to trans/homophobic attacks this year.

As university students we are taught to be critical. As queer people we need to be leading the way to better futures, demanding more of everything. We cannot allow ourselves to stagnate in liberal acceptability politics. We are the dreamers who must move away from archaic institutions and ideas into our full and fabulous queer potentials. Sackville’s Pride is not yet completely corporate and as such has that potential, we need only unleash it.