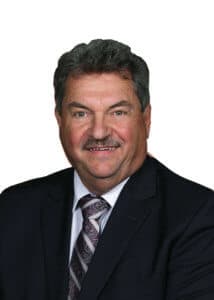 Liberal incumbent Bernard LeBlanc has been the MLA for Memramcook-Tantramar for as long as it has been a constituency.

In 2006, when Dieppe-Memramcook, Shediac-Cap-Pelé and Moncton Crescent were all combined into one riding, LeBlanc was elected to the Legislative Assembly of New Brunswick in that year’s provincial election.

However, LeBlanc’s public service did not begin in 2006. In 1995, LeBlanc was elected councillor-at-large for Memramcook. He was then mayor of Memramcook from 1996 to 2001. LeBlanc also served as minister of local government, minister of justice and consumer affairs, and minister responsible for public engagement during his lengthy political career.

In an interview with the Argosy, LeBlanc said that the most important responsibility an MLA has is listening to the people of their constituency. LeBlanc cites this as the reason he has two offices – one in Memramcook and one in Sackville.

When asked what stood out to him as different about this campaign cycle, LeBlanc said, “The campaign is always doing door-to-door.… The work is the same, canvassing for 30 to 35 days.” LeBlanc added that the number 1 concern of the people he speaks to during the campaign is always the economy.

In terms of what his party has to offer students, LeBlanc said, “We are proudest of our Free Tuition Program. That and the Tuition Relief for the Middle Class program are excellent for our students.”

According to provincial party leader Brian Gallant, 6,319 students benefited from free tuition, while 1,425 benefited from tuition relief under the middle-class program in the last year.

LeBlanc also mentioned that the Liberal party’s SEED program for paid internships has helped 200 students in his riding this year. As for the future, “If we are re-elected as government, we will increase the income cap for the Free Tuition program from $60,000 to $70,000,” LeBlanc said. “We will also be increasing minimum wage to $14.”

However, as one student complained to the candidates at the all-candidate debate last week, all of these tuition-relief programs are only available to students who are residents of New Brunswick.

While he lists the Liberal government’s provincial history with student issues, LeBlanc references personal meetings with members of MASU, students who came in to get help with applying for SEED, and “foreign” students who came and spoke to him about their lack of Medicare coverage, an issue that the Liberal party then resolved last year.

LeBlanc said the flooding between Amherst and Sackville and just in general “being there to help” are both issues he would be anxious to return to if re-elected.