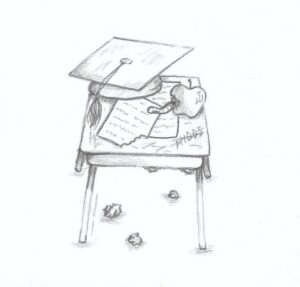 On October 13, Dominic Cardy posted a tweet revealing that he would be resigning as New Brunswick’s Minister of Education and Early Childhood Development after four years in office. Cardy represents the Fredericton West-Hanwell electoral district for the Progressive Conservative (PC) party of the province.

The Premier of New Brunswick, Blaine Higgs, met with Cardy at the beginning of October, planning to remove the MLA from cabinet because he felt there was a lack of improvement in the province’s education system. It was during this meeting that Cardy handed over his letter of resignation, implying that the official may have been planning to resign as the Minister of Education in the near future.

Since being sworn into cabinet in 2018, Cardy has been dedicated to improving New Brunswick’s French Immersion system, and although the former eEducation mMinister and Higgs once saw eye-to-eye regarding the program, the Premier’s change of stance ultimately pushed the two officials apart. A look at Cardy’s resignation letter to Higgs explains the MLA’s motives for resigning and gives us a rather dire perspective of the procedures happening in our province’s political system.

“Serious changes to our French second-language education system are required. Change requires care, not a wrecking ball,” Cardy wrote in his resignation letter. “Your recent efforts to pressure [Education and Early Childhood Development] to abolish French Immersion by September 2023 […] [were] not shared or approved by cabinet or caucus,” the MLA elaborated. “[It] would place a huge stress on the education system and damage the education of our province’s anglophone young people.”

In an interview with CBC News, the former mMinister of eEducation claimed that Higgs’ advocacy to eliminate French Immersion was “part of a much bigger problem.” Cardy elaborated:

“Politicians keep on thinking they can get away with not being clear and transparent with people. It’s the responsibility of people involved in politics in that system to take a stand when they see that behaviour; to say ‘this is not good enough.’ It’s not worth any sacrifice of my principles to carry on with a government where, unfortunately, the leader is acting against the principles of the party.”

Cardy added, “if we don’t start treating each other as people working on a common project, then I think that our democracy is going to be in grave danger.”

Aside from their misalignment of political ideas, Cardy also commented on the working conditions he experienced while being in office alongside the Premier in his letter of resignation. “You cannot change deadlines on large systems based on your emotional state, without undermining the quality of the work, or morale of your team,” Cardy wrote. The former Minister of Education then went on to say that he had “worked tirelessly” to prepare the education system for changes, but that due to Higgs’ “micromanagement,” many changes had been stalled. Cardy then stated that “government is not the same as building oil tankers,” referring to Higg’s past position as a senior executive for Irving Oil.

Perhaps one of the most serious allegations in Cardy’s letter of resignation involved the Premier’s actions in a recent meeting. According to Cardy, Higgs yelled “data my ass” at a senior civil servant when he “didn’t like what the data showed [him].” Cardy said that this was “the end of [Higgs’] political project in [his] eyes.” In an interview with CBC News, the former mMinister of eEducation concluded that he had “lost confidence in the Premier,” which is why he decided to resign, but that working with the folks involved in education “was the greatest honour of [his] life.”

Following the debacle, Higgs asked the PC caucus at the legislature to expel Cardy, which “is not usually the premier’s prerogative,” Cardy explained. Dominic Cardy has since been expelled from the PC caucus and is now the only Independent MLA of the Legislative Assembly of New Brunswick.

So, what lies in the future of New Brunswick’s education system?

Since Dominic Cardy’s resignation, Bill Hogan, MLA of the Carleton district, has been appointed the Minister of Education and Early Childhood Development. According to Global News, Higgs and Hogan have decided that the French Immersion program will be replaced with a new program “that focuses on ensuring a basic level of conversational French.” Hogan plans to finalize the new program within the next three months and explained that this doesn’t mean “there won’t be opportunities to take courses that will be more advanced in the French language.”

Before joining the Legislative Assembly in 2020, Hogan was part of the town council of Woodstock and was the principal at Woodstock High School (WHS). Former WHS student Hannah MacFarlane shares her thoughts.

“I didn’t know him very personally, but I found that he was [a] good [principal],” said MacFarlane. She also added that Hogan was “stern” during the three years that he was her principal at WHS, but not all the time. “In my grade ten year, he shaved his head for cancer research and did the baby shark dance in a shark onesie. That’s pretty memorable,” MacFarlane explained. “I think he will do good [as Minister of Education] because he has that background knowledge of students and the educational staff, which a lot of our other Ministers don’t have. I think that’s a really pivotal part of his role,” she commented.

On the other hand, MacFarlane, who started French Immersion in grade six, thinks it’s a mistake that Hogan has decided to scrap the existing French Immersion program in place for another, whose format is yet to be determined.