Searching For the Rabbit in the Moon 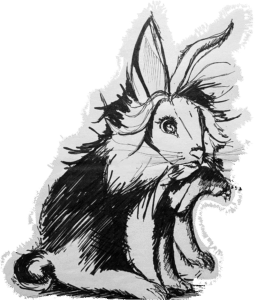 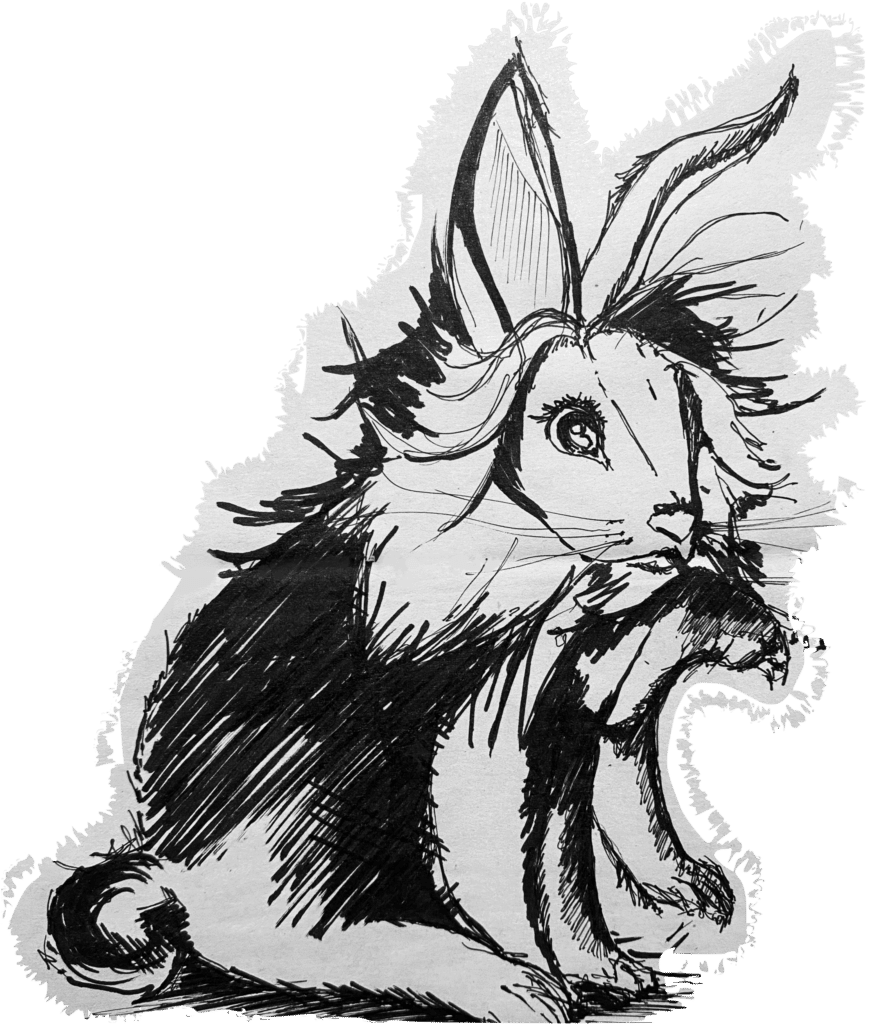 On Thursday, October 1st, a full moon hung over Waterfowl Park. Seemingly unremarkable to most, for me it was Mid-Autumn Moon Festival, a holiday that I usually spend laughing, surrounded by family. Mid-Autumn Moon Festival, although named slightly differently depending on the country, is a festival celebrated by Chinese, Vietnamese, Korean and Japanese people to celebrate the autumn harvest. Celebrations include carrying lanterns, visiting family, eating together, and watching the full moon. Although traditions and myths vary based on region, the festival centres around gathering with family and friends, giving thanks for harvest, and praying for good fortune—a sort of Asian Thanksgiving.

One folktale revolves around Chang’e, the moon goddess, who lives on the moon with her rabbit. According to legend, ten suns in the sky caused great strife and drought, but her husband, the archer Houyi, shot nine of them down. He was rewarded with the elixir of immortality, but he did not want to go without his wife. However, when he was out, his apprentice Fengmeng broke into the house to try to get the elixir, and in order to stop him, Chang’e drank it herself. In order to stay close to her husband, she chose to stay on the moon, and Houyi was saddened, displaying the fruits and cakes Chang’e had liked.

Other than gathering and watching the moon, another essential part of Mid-Autumn Moon Festival is sharing mooncakes. Bringing mooncakes to family’s houses is an essential part of the celebration, with each family being gifted with elaborately decorated boxes of four. A mooncake is a thin pastry crust enveloping a sweet filling—usually of lotus seed paste, with salted duck egg yolk inside, representing the moon. The mooncake can get more elaborate with up to four egg yolks, for the four phases of the moon. Historical myth tells of hidden messages in sixteen parts, coming from cutting up the four mooncakes in a traditional box before eating them to destroy the evidence.

Although my parents had made sure I had a box with me, I was nervous to share them. Ask any Asian person who grew up in North America, and they will probably have some sort of story about being teased for their traditional foods. When I was in elementary school, kids told me that my wontons looked like brains. My worries were for naught though, as both of the friends that I shared mooncakes with had never tried them but enjoyed them. It makes me extremely proud and happy, but it still feels strange. There’s the nagging thought that suddenly all of the celebration and acceptance of my culture is going to be taken away.

With all the crazy uncertainty of this year, I am definitely not the only one celebrating a holiday away from family. It’s extremely difficult, and although it’s definitely some sort of closeness, it’s just not the same to be on a Zoom call. Additionally, I feel really desperate to hold on to celebrating this holiday. I had a lot of trouble figuring out how to shape this article, as it felt like either there was no one here who celebrated, or that those who did felt like all they did was eat mooncake, and there was not much more significance to it. One of the biggest fears I had in coming to Mount Allison was becoming more white-washed. The fact that I’m second-generation doesn’t help, especially growing up in an Asian community, where I was CBC—Canadian born Chinese, or called a banana: yellow on the outside, but white on the inside. I had to call my mom to remind me that the Chinese name for the festival is Zhōngqiū Jié. I found myself missing the dice game we play every year with mung bean pastry prizes, with rules that none of us really know and prizes that I don’t even like, and a name, Bo Bing, that I had to look up. For years, we’ve been trying to hold on to parts of our culture even though it’s already half-lost, and being 1,564 kilometres away from my family makes me want to hold on—and learn—that much more.